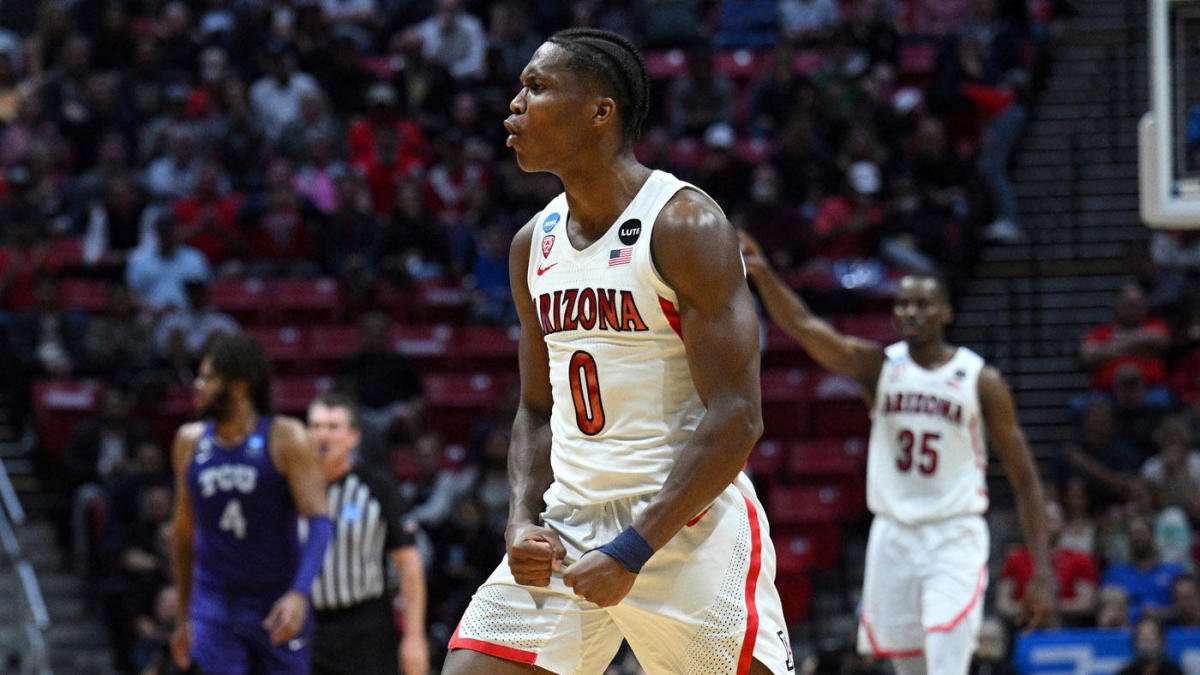 It may have taken overtime to dispatch TCU, but South Region #1 seed Arizona is through to the second week of the NCAA Tournament and two wins away from reaching the Final Four for the first time since 2001. To move within a win of a trip to New Orleans, the Wildcats must navigate a Sweet 16 matchup with another tough team from the Lone Star State in #5 seed Houston.

In the first round against #16 seed Wright State, Arizona didn’t have much trouble, as they spent a significant portion of the game with a double-digit lead on the way to an easy, breezy 87-70 win.

There would be no such cakewalk in the second round against #9 seed TCU, who beat Seton Hall by 27 in the first round. The Horned Frogs jumped out to an early 8-0 lead, and though the Wildcats would take the lead, TCU remained in striking distance.

But when Arizona went ahead 67-58 with 7:52 left, you could be forgiven for thinking that the end was nigh for TCU. Perhaps the Wildcats thought the same thing and started thinking of San Antonio too early, as the Horned Frogs went on a 12-0 run and held Arizona scoreless for over five minutes.

After a frantic finish which saw Arizona nearly win it, the game went to overtime, where TCU’s upset bid was finally thwarted for once and for all thanks to Bennedict Mathurin and Christian Koloko.

With what Houston has dealt with this season–more on that later–the Cougars shouldn’t even be in this position.

But here they are, and they picked up two double-digit wins to get to this point. In the first round against #12 seed UAB, Houston never trailed and shot 53.3 percent from the field in an 82-68 win. In the second round, they met Kofi Cockburn and #4 seed Illinois and produced a stellar defensive performance to eliminate the Illini with a 68-53 win.

Houston ended a long Final Four drought last year. Will Arizona set up their chance to do the same, or will the Cougars crush their title dreams on Thursday night? The winner of this matchup will face the winner of the Michigan-Villanova Sweet 16 game on Saturday (time TBD).

Houston vs. Arizona Sweet 16 Spread and Over/Under Betting Odds (as of Thursday, March 24)

This matchup features a major contrast in styles, to say the least. While Arizona ranks fifth in the country in adjusted tempo, Houston ranks 334th. So, the winner of this Sweet 16 matchup will be down to either being able to control the game or adjust well.

That Houston is in the Sweet 16 is no small feat, as they lost two of their best players early in the season.

But the Cougars swept the AAC regular season and tournament titles, and their hopes of back-to-back trips to the Final Four are still intact. Coach Kelvin Sampson has won at every stop in as a head coach, so Houston’s success this season despite losing Mark and Sasser should be no surprise at this point.

The Cougars are one of the best defensive teams in college basketball, and that was on display against Illinois. The Illini shot only 34 percent from the field and 24 percent from three.

Just as importantly, Houston outrebounded Illinois by six and limited double-double machine Cockburn (20.9 PPG & 10.6 RPG) to only eight rebounds. The Cougars are third in the country in offensive rebounding percentage, and they had 15 offensive rebounds against the Illini.

Illinois isn’t the first team that Houston has shut down this season, or the fifth, or the tenth.

Defensive Rankings for Houston in the 2021-22 Season

In Arizona, they will face their toughest challenge of the season. Alabama plays fast as well, but while the Crimson Tide were plagued by poor shooting all season long, the Wildcats are pretty decent in that department.

Arizona is third in the country in scoring (84.6 PPG) and field goal percentage (49.6 percent), and they shoot a respectable 35.4 percent from three. They don’t have any high-percentage sharpshooters, but they do have four players who shoot at least 35 percent from deep, led by Mathurin (37.2 percent).

That number would be five but starting point guard Kerr Kriisa (9.9 PPG & 4.8 APG) was woefully off of the mark against TCU.

Kriisa missed the Wright State game after spraining his ankle in the Pac-12 Tournament and returned against TCU, but he was ineffective. In 27 minutes, he was 1 of 10 from the field (all three-point attempts) and had only three points and three assists. He will need to be more of an asset and less of a liability for Arizona to beat Houston.

The Wildcats also have a couple of big bodies to contend with in Azuolas Tubelis (12.4 PPG & 6.3 RPG) and Koloko (12.7 PPG, 7.4 RPG, 2.8 BPG), who had 28 points, 12 rebounds, three blocks, and the game-sealing dunk against TCU, which came from one of his seven offensive rebounds against the Horned Frogs. As a team, Arizona is 15th in the country in offensive rebounding percentage.

One of the standout examples of Arizona and Houston’s contrasting styles is average possession length on offense.

So, the obvious question is whether or not Houston can keep up and if the Cougars can score with the Wildcats.

TCU, who ranks 16th in the country in defensive efficiency, did a good job over 45 minutes. But the game turned in regulation when they actually had a sustained period of defensive success.

That said, Houston is better on that end than TCU, and they are also a better team on the offensive end as well. Slow and deliberate does not equal inefficient for Houston. The Cougars are one of only two teams in the country in the top ten in both offensive efficiency and defensive efficiency, with Gonzaga being the other.

Remove Sasser and Mark from the list, and Houston’s five leading scorers are four double-digit scorers and a guy averaging 9.8 PPG. And it was their fourth and fifth-leading scorers who led the way against Illinois. Taze Moore (10.4 PPG) had a season-high 21 points, while Jamal Shead (9.8 PPG) tied a season high with 18.

In their trip to Tuscaloosa in December, Alabama needed one of its better performances of the season to eke out an 83-82 win.

So, in other words, a lot needed to go Alabama’s way for them to win that game. Arizona is certainly a better team, but the Wildcats will need to play at a high, high level to beat the Cougars.

Arizona’s certainly no slouch defensively, but they do not want this game to remain in the 60s. That will play right into Houston’s hands.

The Wildcats have been held under 75 only six times this season, and all three of their losses came when they were held below that mark.

At the same time, and unfortunately for Arizona, Houston can score when they need to, and it often works out well for them when they do. For the season, the Cougars are 23-2 when they hit the 70-point mark, with the only two losses coming at Alabama and SMU, who was undefeated at home all season until losing to Washington State in the NIT on Sunday.

Kriisa not shooting well and not being close to 100 percent certainly contributed to Arizona’s scare against TCU, and he will almost certainly not have such a terrible game against Houston.

But the Horned Frogs provided a good example of how to beat Arizona and very nearly did the deed. What TCU did against the Wildcats, the Cougars can–and will–do even better.