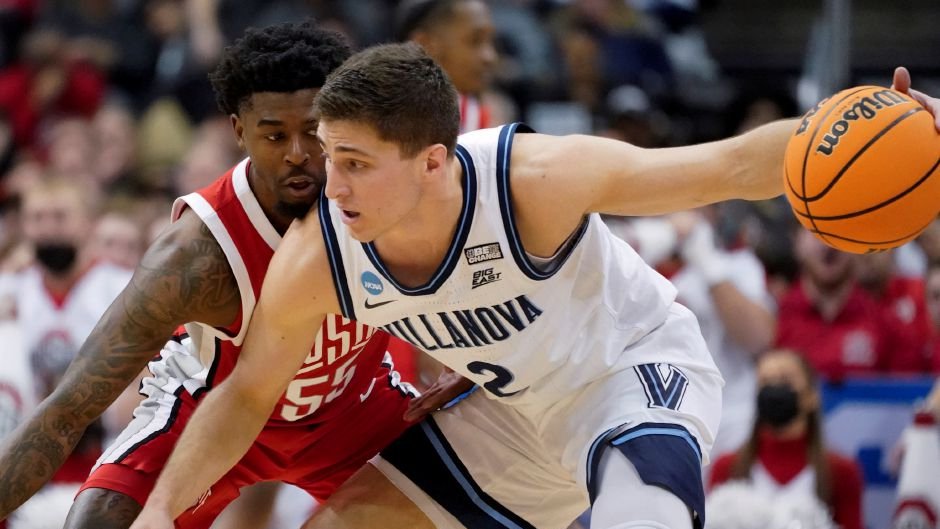 Michigan and Villanova are both where many expected them to be at the start of the college basketball season, alive and kicking in the second week of the 2022 NCAA Tournament. On Thursday, they will face off in the Sweet 16 with a place in the South Region final at stake.

While the Wolverines and Wildcats are both where they were expected to be, they have taken vastly different paths to get here.

Michigan has made up for an underwhelming regular season by stepping up when they needed to the most in comeback wins over Colorado State and Tennessee in the first two rounds of the tournament.

Against Colorado State, Michigan was down 28-13 with five minutes left in the first half. But they rallied against the Rams, trimming the deficit to seven by halftime and outscoring CSU 46-27 in the second half in a 75-63 win.

In the second round against Tennessee, the situation was even more grim. With under eight minutes left, the Vols held a 60-54 lead. But a steal and back-to-back baskets by Eli Brooks kickstarted the comeback as Michigan outscored Tennessee 22-8 to close out the game and send the #3 seed home.

The Wolverines are in the Sweet 16 for the fifth straight tournament, a streak bested by only Gonzaga, whose matchup with Arkansas will be their seventh straight Sweet 16 appearance.

A third straight win over a higher-seeded foe will see the Wolverines advance to the Elite Eight for the second year in a row and the fifth time in the last nine tournaments.

Villanova entered the NCAA Tournament with seven or more losses for only the second time in nine seasons, but this team primed for its fourth trip to the Final Four in Jay Wright’s tenure.

In the opening round, Villanova made light work of CAA champ Delaware, shooting over 50 percent from the field in their 80-60 win over the #15 seed.

Things were a bit tougher in the second round against Ohio State, who wouldn’t go away after trailing by 11 at halftime. The Buckeyes pulled within two with under six minutes left, but that would be as close as they would get as Villanova salted away a 71-61 win by allowing only three points over the last 5:41.

The last time that these two teams met in the NCAA Tournament, it was for the national title four years ago. With a win, Villanova will advance to the Elite Eight for the first time since then.

Michigan vs. Villanova Sweet 16 Spread and Over/Under Betting Odds (as of Thursday, March 24)

Can Michigan Break Down Another Dogged Defense?

Michigan just barely snuck into the March Madness field is their maddening inconsistency throughout the season.

Last season, Michigan started the season 11-0 and then went on a seven-game win streak after suffering their first loss of the season. This season, their longest win streak is three games, which they have done only once.

Inconsistency on both ends of the court has contributed, so no one area primarily shoulders the blame.

Points Per Game for Michigan in the Juwan Howard Era

Michigan ranks 19th in the nation in offensive efficiency, shoots almost 47 percent from the field, and makes free throws at a fairly high clip. The Wolverines also have four double-digit scorers and a fifth averaging 9.1 PPG.

But numbers aren’t everything. Though they have produced some big offensive performances against big opponents–82 points in a win over Purdue, 84 in a win at Iowa, and 87 in a win over Michigan State–there have also been a number of extremely frustrating moments on the offensive end this season.

Their Big Ten Tournament loss to Indiana was a shining example. Michigan led 60-43 with 12:54 left, then did not make another shot from the field for over 11 minutes. By the time they did, Indiana had turned a 17-point deficit into a lead on the way to a 74-69 win.

Points Per Game Allowed in the Juwan Howard Era

This is a rare sight in recent Michigan basketball history. No Michigan team has allowed this many points per game since the 2001-02 season (70.8 PPG), which was Tommy Amaker’s first season as head coach.

But the Wolverines did the job on both ends at key times in their wins over Colorado State and Tennessee, and they did it without starting point guard DeVante’ Jones. After taking an elbow in practice last week, Jones (concussion protocols) missed the Colorado State game, and he played only 11 minutes against Tennessee before exiting due to a hand/wrist injury.

Jones is their third-leading scorer (10.4 PPG), third-leading rebounder (4.5 RPG), and their leader in assists (4.6 APG), and he is second on the team in steals. Being able to win their two biggest games of the season without him was huge and should inspire confidence that they can beat Villanova without him as well, but they will be a tougher out if he is able to go against the Wildcats.

Whether Jones is available or not, backcourt mate Eli Brooks needs to continue his strong play in the NCAA Tournament.

Eli Brooks in the NCAA Tournament

Brooks is one of the holdovers from last year’s team, which was a #1 seed but fell to #11 seed UCLA in the Elite Eight. So is Hunter Dickinson (18.7 PPG, 8.4 RPG), who will be the biggest key to victory for Michigan.

Hunter Dickinson in the NCAA Tournament

Villanova does not have anyone who is taller than six-foot-nine on their team, and their leading rebounder is six-foot-seven Jermaine Samuels (6.4 RPG). Obviously, that does not stop them from being a tough team and a great team, because they get the most out of what they bring to the table physically and intangibly.

But if the seven-foot-one Dickinson can have another huge game, you have to like Michigan’s chances to win, especially if Jones is able to play a significant role as well. Villanova will also have to contend with 6’11” freshman Moussa Diabate (9.1 PPG, 6.0 RPG), who came up big against Tennessee with 13 points, six rebounds, and three blocks.

Playing against two teams like Colorado State and Tennessee would have been excellent prep for Villanova, as all three teams bring a lot of experience and toughness and are frustrating to play against. Remaining calm and composed with their backs against the wall helped Michigan rally in and win those two games, and that same attitude will be big against the Wildcats.

Villanova is experienced, talented, and tough to beat. But with or without Jones, Michigan is excellent value in this matchup. It took them a while, but the Wolverines have finally woken up. Look for this one to be close throughout, but another big game from Dickinson will see Michigan through to the Elite Eight for the second straight year.

The 2022 French Open is underway at Stade Roland Garros in Paris, France, and we are already almost through the first week of play. Tomorrow, the remaining third-round matches will take place, after which the men’s and women’s singles draws will be down to their final 16 contenders. In both men’s and women’s singles, there END_OF_DOCUMENT_TOKEN_TO_BE_REPLACED