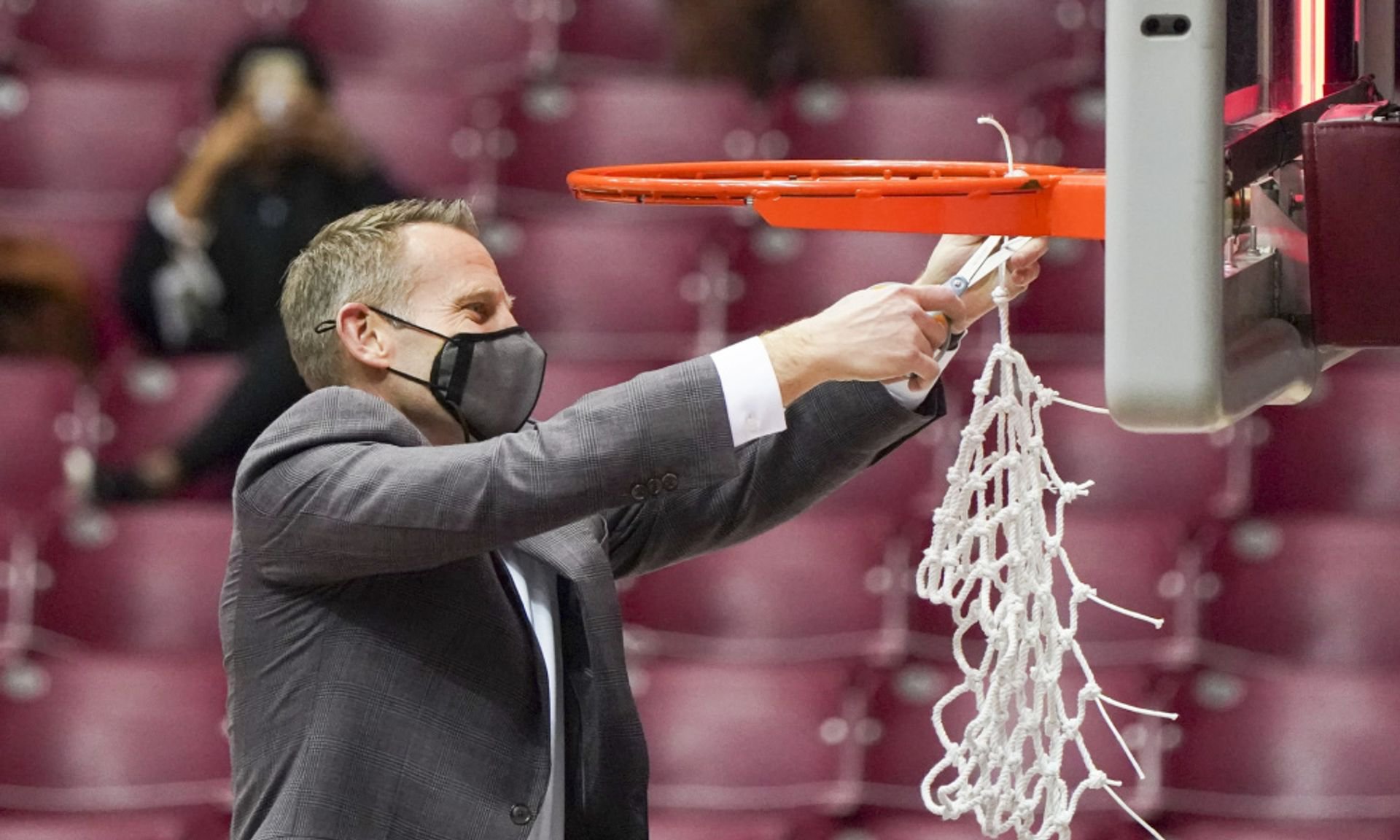 Kentucky has owned the SEC Tournament, but the 2021 SEC Tournament trophy is likely to end up somewhere other than Lexington. The Wildcats have had an off year, but others have stepped up to take the headlines in the conference. Missouri and Tennessee have both been ranked in the top 10 this season, but the two teams that appear to be head and shoulders above the rest of the field are Alabama and Arkansas.

The Crimson Tide convincingly won the regular-season title and are hunting a top seed in the NCAA Tournament. But the Razorbacks are arguably the SEC’s hottest team, led by an exciting freshman. An Alabama vs Arkansas showdown come Sunday seems likely, but could someone else crash the party?

Here’s a look at the 2021 SEC Tournament odds via FanDuel Sportsbook:

Odds to Win the 2021 SEC Tournament

Breaking Down the 2021 SEC Tournament Field

Alabama (+200): The Crimson Tide (21-6, 16-2 SEC) rolled to the SEC regular-season title, their first since 2002. Now they seek their first SEC Tournament title since 1991, which could potentially land them a #1 seed in the NCAA Tournament.

Alabama dominated the conference, losing only at Missouri and Arkansas. With a #1 seed potentially in play, expect them to not take it easy in Nashville.

Arkansas (+260): The Razorbacks (21-5, 13-4 SEC) are the only team as hot as Alabama. At one point, they were 2-4 in conference play, but they enter the SEC Tournament with 11 straight conference wins. A conference tournament win could boost them to the #2 seed line. Arkansas averages 83.3 points per game, with SEC Freshman of the Year Moses Moody leading the way at 17.5 points per game. In his last four games of the regular season, Moody averaged 24.5 points per game.

Tennessee (+420): At their best, the Vols can hang with just about anyone. But that has not happened consistently this season. A 17-7 (10-7 SEC) record is underwhelming for a team that was once ranked in the top 10. For Tennessee, their hopes hinge on whether or not they can generate enough offense this week. If they do, they can end up making it to Sunday.

LSU (+600): A talented trio can carry you a long way in a tournament like this. LSU has one of the best out there in Cameron Thomas, Trendon Watford, and Javonte Smart. Thomas is one of the top freshmen in the country, averaging 23.4 points per game. If they are going to win, it will be by outscoring teams and doing just enough defensively. LSU is solidly in the NCAA Tournament field, but a run that includes wins over Arkansas and Alabama could help them land a more favorable seed.

Florida (+1200): The Gators (13-8, 9-7 SEC) lost their last two games of the regular season, but their finish is a decent one after the loss of potential SEC Player of the Year Keyontae Johnson. Can they make a run? They would need to find a level that has not been seen often this season to beat Alabama or Arkansas, or even Tennessee if the Vols are playing at their best. But don’t count the Gators out.

Missouri was ranked in the top 10 a month ago, but the Tigers (15-8, 8-8 SEC) finished the regular season with five losses in their last seven games. The potential is certainly there if they can rediscover their early form, but it does not seem likely at this point.

The two Mississippi schools could be dangerous in Nashville. Ole Miss (15-10, 10-8 SEC) won seven of nine to end the regular season and is firmly on the NCAA Tournament bubble. Mississippi State (14-13, 8-10 SEC) has a trio in guards Iverson Molinar and D.J. Stewart, Jr. and big man Tolu Smith that can keep them in it against most opponents, as shown by their near-upsets of both Alabama and Tennessee.. But a lack of consistency on both ends and little quality depth are why they are not on the bubble themselves.

Is this where Kentucky finally plays like Kentucky? The Wildcats (9-15, 8-9 SEC) have stunk it up for much of the season, but they did win four of their last six games to close out the regular season. It would be rather fitting if Kentucky, who has won the SEC Tournament a record 31 times, saves their best for Nashville.