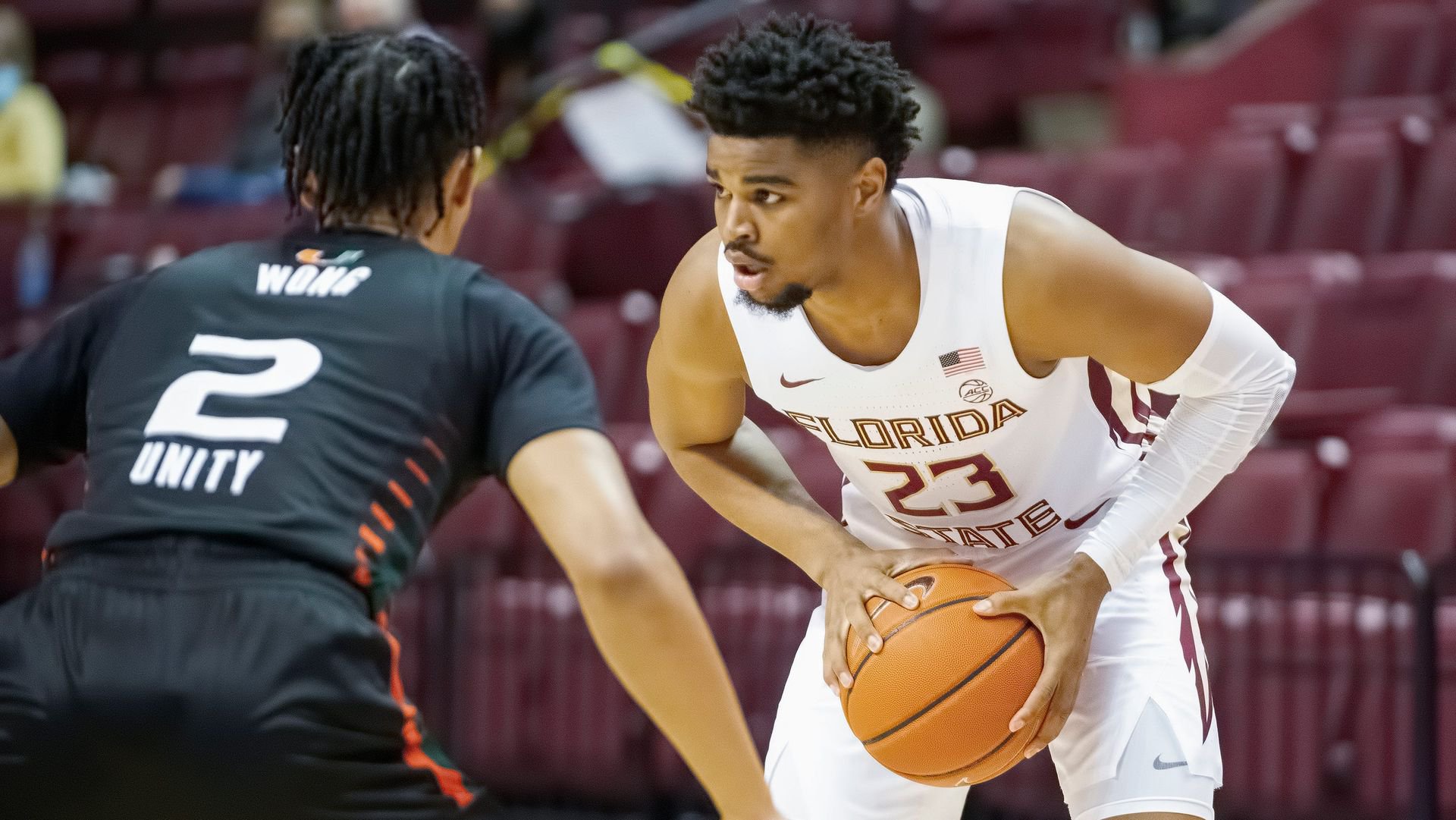 Florida State is a slight favorite over regular-season champion Virginia, with North Carolina a little further back. But there are no clear-cut favorites this year, with most of the tournament’s participants having legitimate potential to make a run for the title if the chips fall their way.

Here’s a look at the 2021 ACC Tournament odds from FanDuel Sportsbook:

Odds to Win the 2021 ACC Tournament

Breaking Down the 2021 ACC Tournament Field

Florida State (+230): The Seminoles missed out on a second straight ACC regular season title due to an 83-73 loss at Notre Dame on Saturday. That was not their best offensive or defensive effort, but the Seminoles have the goods to win this tournament and make a deep run in the NCAA Tournament. Do they do one thing exceptionally? No. Is there a standout star? No. But they don’t need to in order to be successful. From top to bottom, Leonard Hamilton can count on anyone to step up at both ends. Few coaches are as successful at getting their players to buy in to being a unit like Hamilton does.

And while there are no stars, don’t mistake that for this being a bunch of grinding overachievers that are short on talent. They are very, very talented.

Virginia (+310): The Cavaliers secured a fifth ACC regular season title under coach Tony Bennett, overcoming a late-season three-game losing streak to do so. One of those three losses was a 21-point loss in Tallahassee. Can they return the Seminoles on a neutral court? With how good they are defensively, they are hard to beat. But FSU is one of the few teams with the mental fortitude, talent, and game-planning to match wits with them.

North Carolina (+450): The Tar Heels are as confusing as any team in the field, but they are a threat based more on talent and potential than results. This is a solid bounce-back season after last season’s disaster, but they still have nine losses and have not fared very well away from Chapel Hill. If things click, they are dangerous. But will they click?

Georgia Tech (+1000): Georgia Tech ahead of Louisville and Virginia Tech? A month ago, this would have been ridiculous, but yes, you are reading correctly now. Josh Pastner’s future might have looked a bit tenuous with Georgia Tech at 9-8 overall and 5-6 in the ACC after a loss at Clemson on February 12. But the Yellow Jackets have reeled off six wins in a row, including a win at ranked Virginia Tech, and their stock is on the rise going into the ACC Tournament.

Even one win in Greensboro should all but secure Georgia Tech’s first NCAA Tournament bid since 2010. But it would not be a surprise to see them ride their hot streak and a talented core, led by inside force Moses Wright, to success this week.

Louisville and Virginia Tech both have short odds and could make runs. However, they also have not played very much recently. Virginia Tech has played only two games since February 6 and has not played at all since February 27. Louisville, meanwhile, has played all of five games since January 27. And one of the games that they played was a 99-54 loss at North Carolina on February 20.

Could Duke or Syracuse make a run? Syracuse needs a run in Greensboro to secure an NCAA Tournament berth, while 11-11 Duke might need to win the whole thing in order to get into the field of 68 after losing their last three regular-season games. The more likely of those possibilities is Syracuse making a run, but unless you are a fan of either school, it is best to cast your lots with someone else. Duke could be a factor if Matthew Hurt goes off, but Coach K might just want this season to be done with at this point.

And Clemson? What about Clemson? Yes, the Tigers beat Purdue and Alabama earlier in the season, finished fifth in the ACC, and are solidly in the NCAA Tournament field as a result. But there is nothing that screams potential conference tournament champion or even second weekend NCAA Tournament team about this team. In conference play, there were no upset wins or upset losses, which tells the story about who they are more than their wins over the Boilermakers or Crimson Tide. They are what they are and nothing more.

North Carolina State has won five in a row, including a stunning win at Virginia. They might need to win the ACC Tournament to get into the NCAA Tournament, but they will have to play the top-seeded Cavaliers if they get past Syracuse tomorrow. It will be a big ask for them to beat Virginia twice over the course of a few weeks.

Anyone else? If the ACC Tournament winner comes from any of the teams not covered in some depth, it will be a big, big surprise.