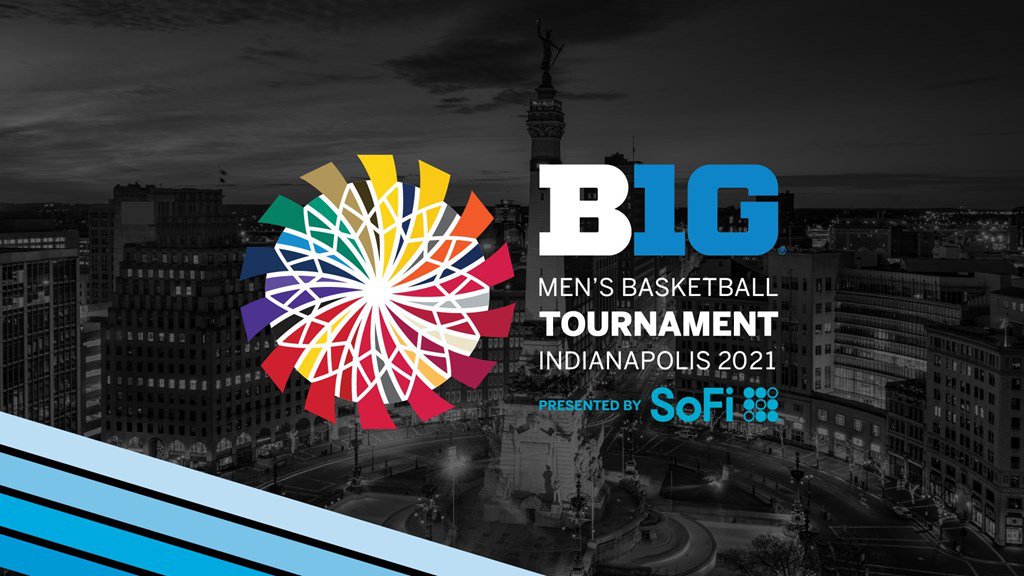 It looks like the Big Ten is going to get two No. 1 seeds in the NCAA Tournament this year. Who those teams are will be determined this week. There are also some great one-off money-making opportunities with so many quality teams in action.

All games will be held at Lucas Oil Stadium in Indianapolis, Indiana beginning Wednesday, March 10, 2021.

Here’s a look at the odds to win the Big Ten Tournament at Unibet Sportsbook:

Michigan (+175): I have no problem with Michigan being the favorite but I was surprised to see such a gap in the odds here between the Wolverines and the contenders below. Michigan has looked great at times for sure but they can be beaten – see yesterday vs. Michigan State.

Betting Advice: There is not much value here as you can probably beat that payoff by just rolling moneylines for a few games.

Illinois (+320): Illinois has to like its chances in this event and the more important one starting later this month. They were able to get top guard Ayo Dosunmu back in the lineup for their final regular-season game and won at Ohio State. With the way they beat Michigan recently they come into this event with the confidence of knowing they can beat any team.

Iowa (+425): Iowa has also closed strong. If everything goes according to expectations they will have their first game of the tournament against Wisconsin, who they just beat on Sunday. It also looks unlikely that they will have to beat Indiana, a team they struggled with during the regular season for some reason.

Betting advice: This team could win it all but Illinois is the better play and a team they would have to beat to win it.

Purdue (+500): Purdue finished fourth in the league and is on the Michigan side of the bracket. They closed strong too with five straight wins and covers. If the favourites win they get Ohio State, a team they have beaten twice already this season before a potential date with Michigan. They did not beat the Wolverines during the season but they matchup up well due to the size they can throw at them.

Betting Advice: If you think Michigan is vulnerable, Purdue 5/1 is a great bet.

Ohio State (+685): It’s hard to find a team that knows it’s going to the Tournament that is struggling more than Ohio State right now. Only one of the Buckeye’s losses is bad but it’s hard to have much confidence in a team that’s lost its last four games. The Buckeyes were hot earlier so maybe there is a run in them.

Betting Advice: Moneyline parlays might be better at this point though. Barring a crazy number of upsets they are going to be dogs at least a few times.

Maryland (+6500): Maryland is the biggest wild card in the Big Ten. They have some big wins and unlike a lot of teams in the conference, and across the country, they have shown they can beat good teams away from their home floor.

Betting Advice: That is a trait worth taking a flyer on this time of year. Their home loss to Penn State just cranked up the urgency for the Terps.

Nebraska (+100000): A couple of weeks ago the Cornhuskers were a total joke as they had just one league win before going 2-2 down the stretch. That one win before their “hot” finish was against Penn State so maybe they are an upset play in that first game when they play the Nittany Lions. They have little chance beyond that.