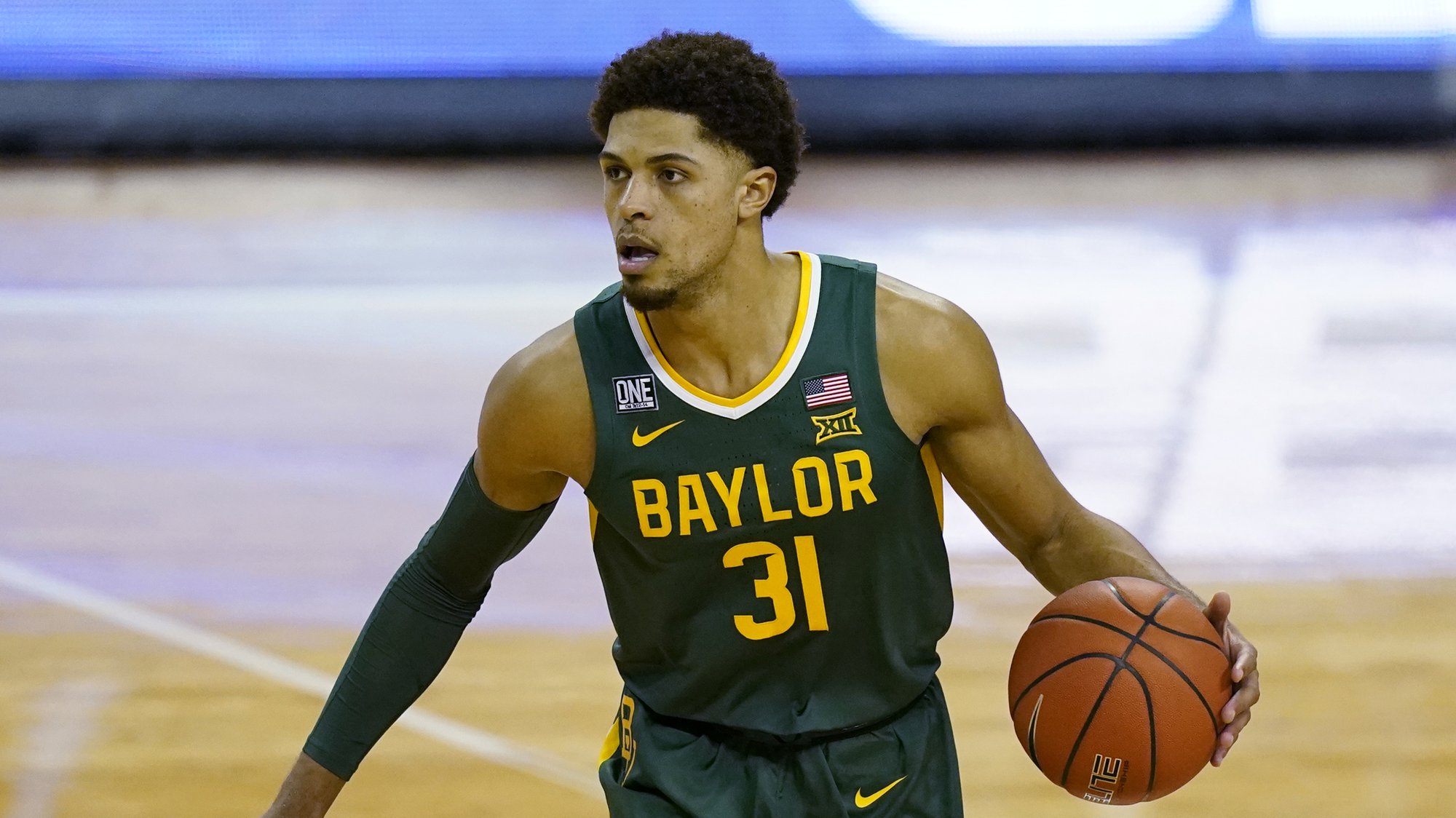 The Baylor Bears spent the majority of the season ranked No. 2 on the AP Poll and now enter the Big 12 tournament as a sizable betting favorite. With only one loss on their record, a No. 1 seed in the NCAAB tournament is all but locked in for the Bears but a Big 12 Conference Title would be a nice cherry on top of an already stellar resume.

Odds to win the Big 12 Tournament are from FanDuel Sportsbook.

BetMGM has Oklahoma State listed at +1000.

Can the Jayhawks take down the Bears?

The Kansas Jayhawks have eleven Big 12 championships since 1997 and are usually the team to beat in the conference year in and year out. Heading into the 2021 edition of the tournament, Kansas is sitting as the No. 2 seed and is second on the odds list at +500. Even more intriguing is that they are the only team to have defeated Baylor this season, taking them down 71-58 on their senior night on February 27th.

Kansas have been a solid team all season as they rank in the top 100 in most major categories, especially defensive statistics. The one hole that Kansas has is its shooting as they rank just 195th in the country in effective FG%. If Kansas can get hot, they could have value to take down Baylor for the second time this season and grab yet another Big 12 Championship.

Keep an eye out for Texas Tech

Texas Tech was the 2019 runner up in the March Madness tournament and their March success largely came from their defense. Once again, the Red Raiders sport one of the best defensive units in the country. Heading into the Big 12 tournament, Texas Tech ranks 22nd in the country in defensive efficiency and 36th in opponent FG%. Much like Kansas, their scoring ability may be their downfall as they rank just 183rd in effective FG%.

Texas Tech’s seeding in the tournament will give them one of the toughest paths to a championship which may be a large part of why they’re listed at such long odds. They’ll play No. 14 Texas in the quarterfinals only to have Kansas waiting for them in the semi-final and then likely Baylor in the final.

If you think their defense can step up this spring like they did in 2019, Texas Tech holds fantastic value at +850.

Baylor is a -140 Favorite for a Reason

Make no mistake about it, you can try to find value all over the board but there’s a reason why Baylor is a -140 favorite. With only one loss on their record, they’ve played almost flawless basketball all season.

They rank 41st in rebounding, 20th in defensive efficiency, and 3rd in the entire country in effective FG%. It’s not hard to imagine a Big 12 Championship followed by a Final Four berth for the Baylor Bears this season.