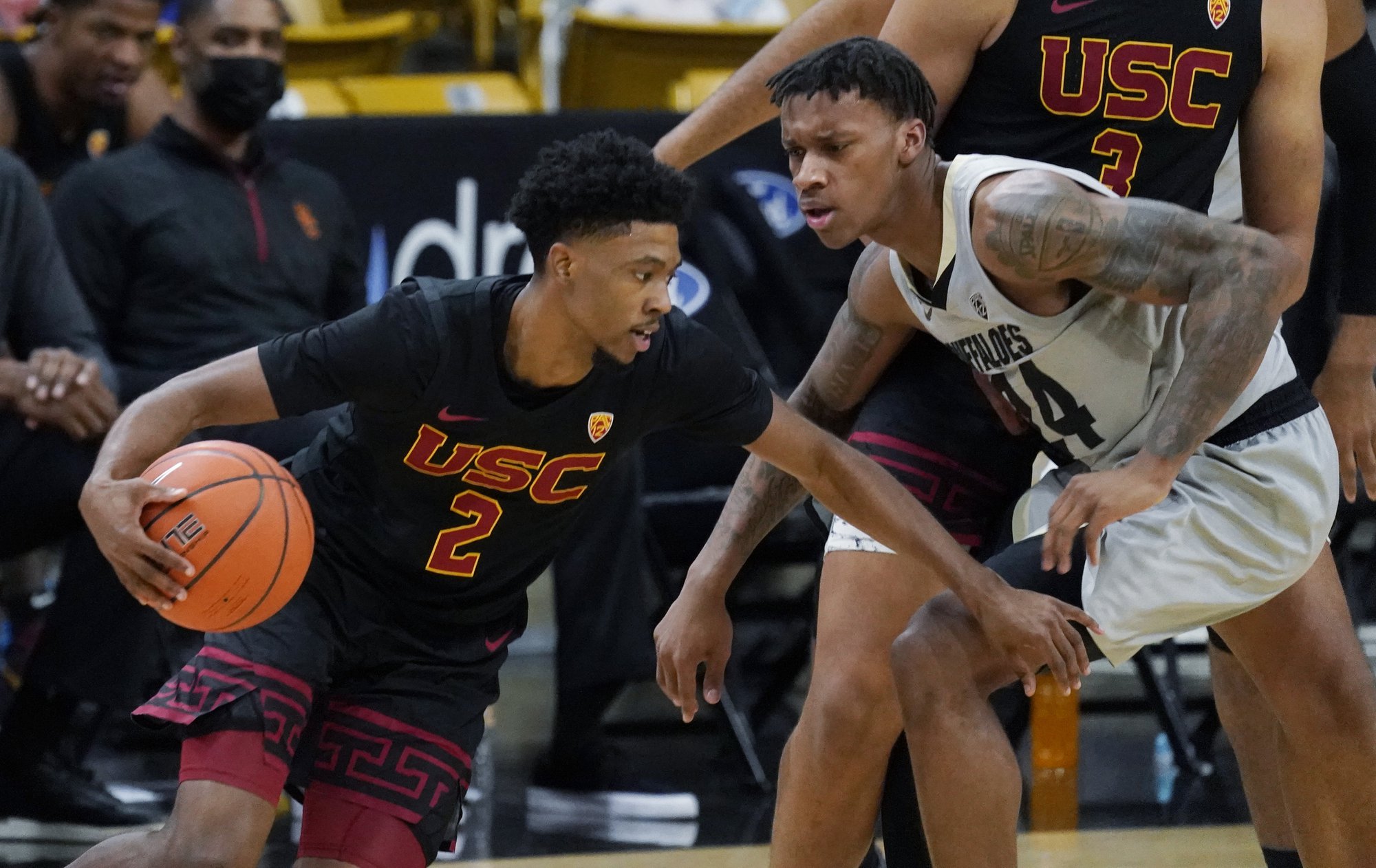 In what’s been an up-and-down season for most Pac-12 teams, four teams emerge from the pack as viable winners of the upcoming Pac-12 Conference Tournament. With much of the focus this season being on the conferences that are located in the Eastern part of the country, the Pac-12 has quietly been an extremely competitive and entertaining NCAAB conference to watch.

Despite finishing second in the regular season standings, USC will be heading into the conference tournament as the betting favorite at FanDuel Sportsbook with their odds listed at +200. USC finished with a 21-6 overall record but they were 15-5 inside the conference. Oregon slightly edged the Trojans in the conference standings with a record 14-4.

Here are the odds to win the Pac-12 Tournament as per FanDuel Sportsbook:

The Trojans are Rightfully set as Betting Favorites

Despite the USC Trojans entering the Pac-12 Conference Tournament as the number two seed, they’re well deserving of being the betting favorite. They’re currently ranked near the top of the country in a handful of key stats including 11th in rebounding percentage and 14th in floor percentage, which measures the percentage of a team’s possessions that result in at least one point being scored.

The Trojans are led by one of the top NBA prospects in the country, 7-foot forward Evan Mobley. Mobley is averaging an astounding 8.2 rebounds per game while shooting an impressive 58.2% from the field. He’ll be a key piece to USC’s success this month.

Colorado is 2-0 Against USC this Season

If there’s one team that can challenge USC in the Pac-12 Tournament it’s the Colorado Buffaloes and the oddsmakers seem to agree as their odds are set just slightly behind USC’s at +220. Colorado is the only conference opponent that USC was not able to defeat this season as the Buffaloes beat them 72-62 on the road on New Year’s Eve and then handled them with ease at home in late February by a score of 80-62.

Colorado’s strength is their defense as they rank 32nd in the country in defensive efficiency and they kept USC to shooting under 40% in both their meetings this season.

Colorado’s offensive game revolves around senior guard Mckinley Wright IV who is leading them in scoring with 15.3 points per game and he also ranks 23rd in the country in assists per game at 5.7.

The Arizona Wildcats, who finished the regular season 5th in the Pac-12 standings, won’t be able to compete in this year’s edition of the tournament after inflicting a self-imposed postseason ban on themselves in December of 2020 due to potential recruiting violations.

With that being said, if you’re looking for a team that can pull off a mini-Cinderella run in a conference tournament, look somewhere other than the Pac-12. The odds tell the story in this conference as there’s a significant skill difference once you get past the top four teams.