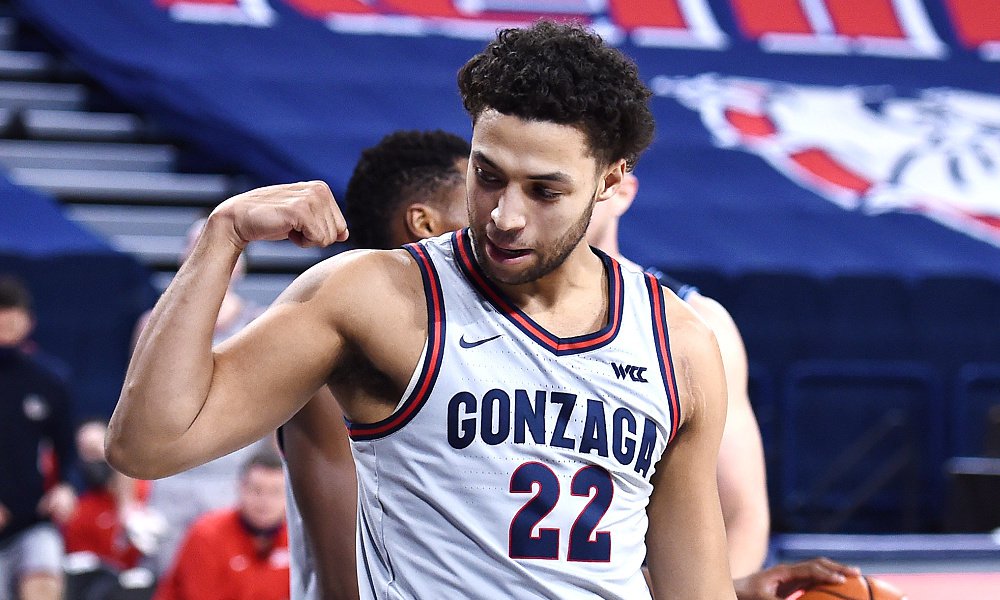 As this is being written there is still a lot to know about the 2021 NCAA Tournament in Indianapolis. Right now, no brackets have been set and no auto bids have been earned so we are just taking a look at some of the top teams and values in the market right now.

You can never start thinking about this too early.

Now, let’s take a look at the big board of odds to win the tournament from FanDuel Sportsbook.

Odds from FanDuel and AP Rankings.

The teams who will receive high tournament seeds and are expected to make deep runs.

The Bulldogs are the lone undefeated team in the nation. They are at the top of the polls and in due time should get the top seed in the Tournament. The only reason to doubt this team can win it all is that the program hasn’t done it before. I see at least three NBA players in the lineup and they are going to be favorites by a wide margin in every game until at least the Elite Eight so a money line rollover is not going to be a great strategy.

Betting Advice: They are still pretty good value to me.

After the recent win against West Virginia, it certainly looks like the Bears are back. For most of the season, the odds for Baylor and Gonzaga have been really close but now there is a little gap. There is no doubt they have the talent to win it all, but like Gonzaga, it would be a first. Unless you think they take a loss between now and the end of the conference tournament now is the time to buy-in.

Betting Advice: You could probably buy-in on Gonzaga and Baylor and then hedge from here on out and make some dough.

What are we to make of the Wolverines after they got blasted at home by an Illinois team that was missing their best player? Is this still an elite team? I think so, but I am not as confident as I was a week ago. I think you can wait on Michigan to see what its bracket looks like. You are not going to gain or lose much with some patience. This team could be in the Final Four or it could lose again in the Big Ten Tournament, become a No. 2 seed, and wind up on the same side of one of the two teams above. Then you might not want them.

Betting Advice: Take a beat. This number is not going anywhere.

This might be the best bet to make right now if we know for sure that Ayo Dosunmu is back and healthy. At its best, this team should be able to play with any team in the country, though if you look back in the archives you are going to see that Baylor beat the Illini pretty easily back in December. I love the combo of Ayo and Kofi Cockburn and everyone else seems to be getting better.

Betting Advice: Now is the time to strike. It looks like they will get a top seed and thus avoid the aforementioned teams until late in the Tournament. They have great talent and should have a good path.

Some teams who could catch fire in the tournament and make surprising runs.

The Crimson Tide have already clinched the SEC and have one of the best offenses in the country. Making threes is critical to success in the Tournament and this is a team that can make enough to compete with anyone. They become even more interesting if they don’t win the auto-bid and get overvalued over the next couple of weeks.

The Seminoles are on pace for a second straight ACC title. There are few teams that have the length and depth of FSU and this team has had Tournament success in recent history too, making the last two Sweet Sixteens. Similar to Alabama, don’t let the football reputation steer you away from them.

The Vols began the season to expected to be the top team in the SEC. Things have not played out that way, but they are one of the best defensive teams in the country and seem to have the right mix of youth and experience. They have elite freshmen but they don’t need them to be at their best to win. Tennessee has been frustrating all season long but maybe they get on a roll.

Any team out of the PAC 12 would be considered a sleeper this season. When I was looking at the jumble of the Buffs, USC, UCLA, and Oregon, Colorado stood out because they have that quintessential fourth-year starting point guard in McKinley Wright IV. He is not alone in terms of talent and with the right matchups, they can keep pushing forward round by round. They have a lot of different elements to their game and are the top free-throw shooting team in the country.

Picking a Big Ten team to win it all would not be a shock as most prognosticators have nine teams making the field. That includes Purdue, a team that has something few other teams do, legit quality size with Trevion Williams and Zach Edey. Similar to Tennessee the Boilermakers have a really nice mix of veterans and talented freshmen and Matt Painter is a really good coach. Two years ago, with an almost entirely different style of team, they lost to Virginia in the Elite Eight. This team is as battle-tested as any in the nation.