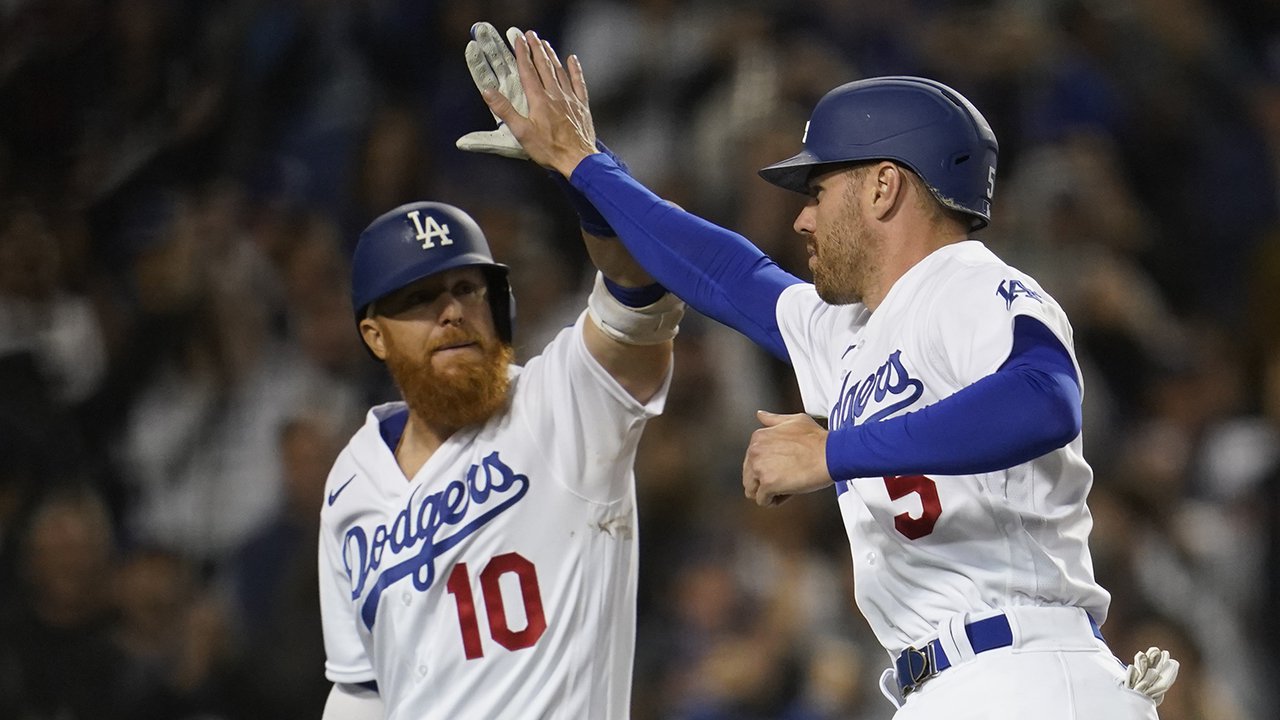 As he continues to get acclimated to his new team and new home, new Los Angeles Dodgers star Freddie Freeman will face his former team for the first time as the Dodgers open a three-game series with the Atlanta Braves tonight.

Over the past couple of MLB seasons, the Braves and Dodgers have built up a nice little rivalry thanks to back-to-back meetings in the NLCS.

In 2020, the Dodgers rallied from a 3-1 series deficit to down the Braves in seven games on the way to winning their first World Series title since 1988. Last year, the Braves exacted their revenge by stunning the Dodgers in six games as they went on to end their 26-year wait for a title.

And after being one of the centerpieces of the Braves’ dominance of the NL East over the last several years and last season’s run to a long-awaited title, Freeman is now aiming for a title in his first season with the Dodgers, who are favored to win the 2022 World Series.

The veteran first baseman is off to a solid start with the Dodgers but has yet to hit his first homer in Dodger blue. Will tonight be the night that he finally goes deep as a Dodger? It would only be fitting.

Can Kershaw Continue His Stellar Start to the Season?

While a lot of attention will be on the growing rivalry between the Braves and Dodgers and Freeman facing off against the organization he’d been with for his entire professional career, another thing that merits a lot of attention is how well Clayton Kershaw is pitching at the moment.

Kershaw, a three-time NL Cy Young Award winner and the 2014 NL MVP, will go down as one of the best pitchers in MLB history. His place in Cooperstown is already a certainty, regardless of what happens from here.

But last season was not his finest, as he was just 10-8 with a 3.55 ERA in 22 starts. And due to arm issues that lingered for months, Kershaw didn’t even pitch in the MLB playoffs. With him entering free agency after the season, there was a possibility that he would not return to the franchise he’d spent his entire career with.

However, he signed a one-year, $17 million deal to remain in Los Angeles, and he showed in his first start of the new season that he has plenty left in the tank.

Against the Minnesota Twins last Wednesday, he pitched seven perfect innings and struck out 13. He was taken out after only 80 pitches, much to the disappointment of many, but it was the best possible start he could have asked for after all of last season’s troubles.

Will he keep it up tonight against the Braves? His career numbers against Atlanta are certainly positive.

Kershaw has started 10+ games against 15 MLB teams, and the only team against whom he has a better K/BB ratio are the San Francisco Giants (6.54).

His most recent start against the Braves wasn’t a pleasant outing, as he took his first loss against Atlanta. On June 5 of last year, he allowed five runs on eight hits in six innings in a 6-4 loss. He did strike out nine and walk only one batter, but he was undone by a five-run third inning.

While it is fantastic to see Kershaw start the new season so well after a rough ride in 2021, I look for the Braves to have some success at the plate against him tonight. They have been inconsistent in that area thus far, but the occasion and forecast call for some fireworks tonight on both sides.

For what it’s worth, if you want to back Freeman to homer tonight in his first meeting with the Braves, he is +360 at FanDuel Sportsbook to do so, while Matt Olson, his replacement at first base in Atlanta, is +310 to do so. Marcell Ozuna, who leads both teams with four homers thus far, is +440 to send one to the stands.

The 2022 French Open is underway at Stade Roland Garros in Paris, France, and we are already almost through the first week of play. Tomorrow, the remaining third-round matches will take place, after which the men’s and women’s singles draws will be down to their final 16 contenders. In both men’s and women’s singles, there END_OF_DOCUMENT_TOKEN_TO_BE_REPLACED