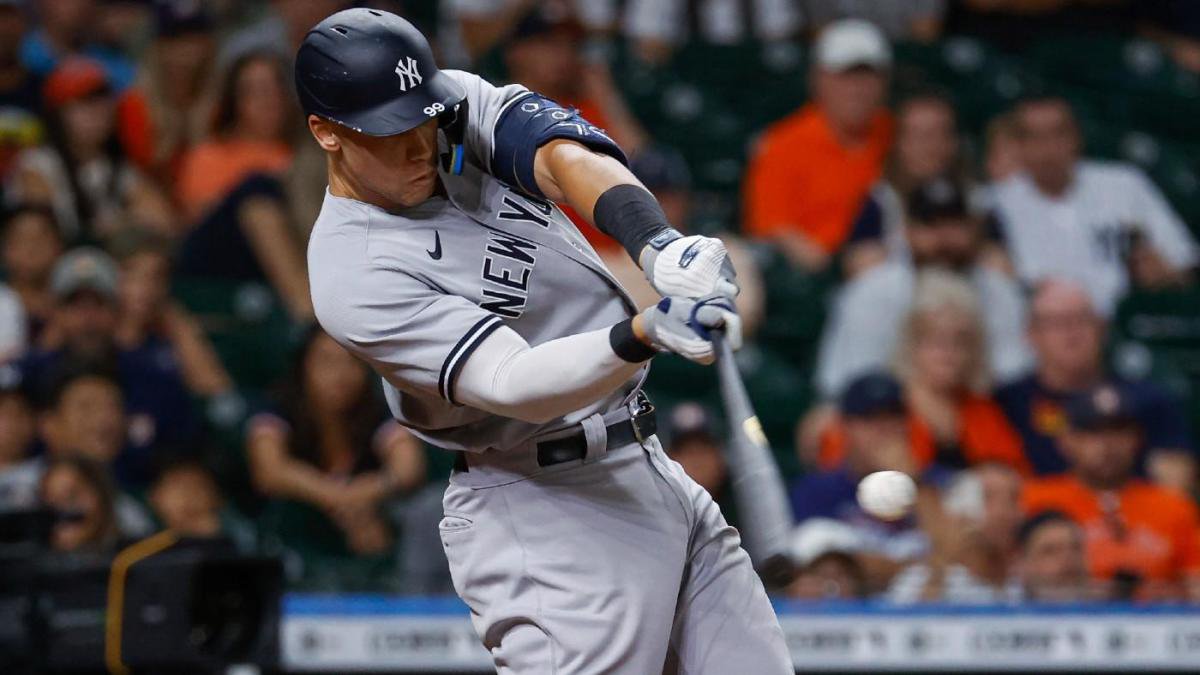 The 2022 MLB season is approaching September, and with a little over a month remaining in the regular season, the MVP favorites are pretty clear in both the American League and National League.

Here, we take a look at the latest twists, turns, and odds for the 2022 AL MVP and NL MVP races, which have seen some high-performing stars separate from the pack of contenders.

Entering the 2022 season, Ohtani was favored to repeat as AL MVP, and while the Angels are once again going nowhere, he remains one of the leading AL MVP contenders.

The other man at the top is New York Yankees slugger Aaron Judge.

Judge is running away with this year’s MLB home run title, and though he has cooled down a bit in August, he could still break Roger Maris’s single-season franchise and AL home run record of 61, which was set 61 years ago, in 1961.

This one isn’t over, given that Ohtani can still make a lot of noise as a pitcher and as a hitter.

But with the Angels having nothing to play for and the Yankees at the opposite end of the spectrum, Judge could hold off Ohtani’s two-way exploits by racking up big hits in big wins down the stretch.

Continuing to sit atop the odds in the NL is St. Louis Cardinals first baseman Paul Goldschmidt, whose Cardinals have jumped atop the NL Central recently.

Goldschmidt has played a starring role in their surge past the Milwaukee Brewers and is in scorching form as the month winds down.

Heading into an August 23 doubleheader against the Chicago Cubs, he is hitting .382 (26 of 68) with six doubles, seven homers, and 22 RBI in August.

At this juncture, Goldschmidt is pushing for the best season of his career, and the NL Triple Crown is well within his reach. He leads MLB in batting average and is second in the NL in homers and RBI, with the respective leaders, Kyle Schwarber and Pete Alonso, not all that far ahead.

The last National Leaguer to win the batting Triple Crown was a Cardinal, Hall of Famer Joe Medwick, who did it in 1937. If Goldschmidt can achieve the feat this season, the MVP won’t end up in someone else’s hands.

If it does, it could very well be one of his teammates. Nolan Arenado is now second in the NL MVP race, with 2020 NL MVP Freddie Freeman in third and Austin Riley, Freeman’s former Atlanta Braves teammate, now down in fourth after cooling off recently.

Here are the AL and NL MVP odds for 2022, provided by FanDuel Sportsbook. As with Cy Young odds, all of our recommended sportsbooks also offer MLB MVP odds, so we encourage shopping around for the best possible value for your chosen pick(s).

Guerrero should have a monster season for the Blue Jays, who are favored to win the AL pennant.

But it’s hard to look past Ohtani, given how outstanding he is at, well, everything.

Ohtani started the 2022 season hitless at the plate and took the Opening Day loss on the mound against the Astros. But he also struck out nine (and walked just one batter) in only 4.2 innings against Houston.

If he can stay healthy, he could challenge for 40 homers, 30 steals, and 100 RBI as a hitter, plus 200 strikeouts as a pitcher. Those kinds of numbers aren’t going to not win MVP.

But Devers is a good candidate to get in the mix. Cleveland’s Jose Ramirez is also a solid option, but Devers gets the edge here.

Devers has already opened 2022 with a bang, hitting a two-run homer in his first at-bat of the season against the rival Yankees. If that is a precursor of what is ahead for him this season, his odds will be shorter than +2000 before long. With that in mind, grab this number while you still can.

Last season, Soto finished second in NL MVP voting despite playing on a team that went 65-97 and finished last season in the NL East. Sure, the crop of candidates and their resumes were not as outstanding as in other seasons. But it is still a notable achievement, especially in his age-22 season.

MLB division predictions and MLB playoff odds do not see the Nationals very favorably, as they are projected to finish last in the East again and are +900 to make the playoffs.

But if Soto could almost win the MVP last season despite how bad the Nationals were, another terrible season for the team is unlikely to scare voters away this season.

Riley had a big breakout campaign in 2021, hitting .303 with 33 homers, 107 RBI, and 91 runs scored. He followed up an excellent regular season by hitting over .300 in the NLDS and World Series, and though he hit only .200 in the NLCS, his walk-off hit in Game 1 set the foundation for the Braves’ series win over the Dodgers.

He only finished seventh in NL MVP voting last season, but with Ronald Acuna Jr. lost for the season and the Braves floundering for much of the season, Riley’s emergence is a big reason why they were able to stay afloat and then take control of the NL East race. Without him, the Braves would not have reached the playoffs, much less won the World Series.

Atlanta opened its title defense with an Opening Day loss to the Reds, but Riley went 3 for 4 with a homer and two RBI in the 6-3 loss.

The presence of Matt Olson–and Acuna in the near future–could hamper Riley’s case. But he is an established name now, and that will go a long way if both he and the Braves do well this season.