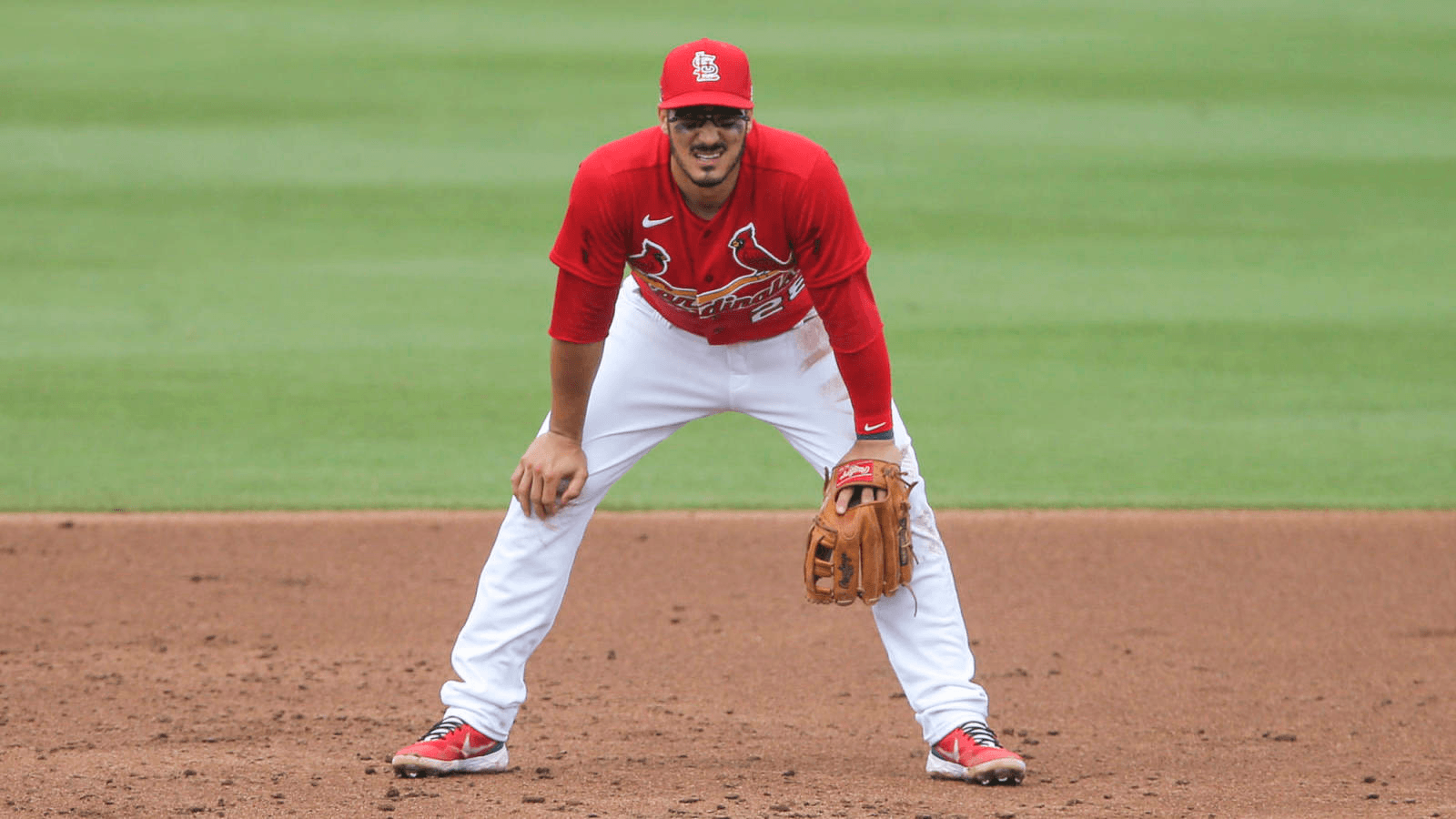 In recent MLB history, there have not been many seasons in which the St. Louis Cardinals were not either first or second in the NL Central standings. In fact, over the past 21 seasons, the Cardinals won 11 NL Central titles and finished second five other times.

Last season, the Cards finished second in the Central behind the Chicago Cubs and bowed out of the MLB postseason in the wild-card round. To enhance their chances for 2021, they pulled off a blockbuster trade in the off-season. Perennial All-Star and Gold Glove winner Nolan Arenado came over from the Colorado Rockies after a stellar career in Denver.

Other teams around the NL made big moves as well, so the Arenado trade is no guarantee of serious pennant contention. But in the Central, the move for Arenado could lead the Cardinals back to a familiar spot. They did lose their season-opening series at Cincinnati, but that does not diminish their position.

Their expected closest challenger, the Milwaukee Brewers, also lost their season-opening series after an Opening Day win. But for now, the Cardinals and Brewers should still be considered the strongest NL Central contenders.

Since reaching at least the NLCS each year from 2011-14, the Cardinals have done so only once in the past six seasons. The Dodgers, Padres, Braves, and Mets all look stronger on paper, so getting there this year won’t be easy.

That the Cardinals even reached the postseason last season with such poor hitting is a notable achievement. They were 22nd in batting average, last in doubles and homers, 28th in runs scored, and 27th in stolen bases.

What will 2021 bring? It brought 18 runs in their three games against the Reds, 11 of which came on Opening Day. Arenado (+1500 for NL MVP) hit his first homer in Saturday’s loss, and he and Paul Goldschmidt (+5000 for NL MVP) both went 5 for 13. But they were the only two hitters to post .300 or better averages or more than three hits against the Reds, and four of Goldschmidt’s five hits were in Thursday’s 11-6 win. And the Cardinals recorded 29 strikeouts and only 10 walks.

It is too early to worry, but better results against the Miami Marlins would be encouraging.

Should There Be Concern About the Rotation?

The Cards’ starting rotation is without Dakota Hudson (Tommy John surgery) for most or all of 2021, while Miles Mikolas and Kwang Hyun Kim are both on the 10-day injured list to start the season. The three starts against the Reds went to Jack Flaherty, Carlos Martinez, and Adam Wainwright, and none fared well. Flaherty gave up six runs in 4.1 IP on Opening Day, Wainwright gave up six runs in 2.2 IP in Saturday’s 9-6 loss, and Martinez gave up four runs in five IP in yesterday’s 12-1 loss.

Time will tell if the rotation is the strength it could be, but it could still be even without Hudson. The potential is there, even after disappointing returns in Cincinnati. The sooner Kim and Mikolas returns, the better. Flaherty is still +1400 to win the NL Cy Young after his rough start against the Reds, so there should be optimism that such starts will be a rarity.

The Brewers have made the playoffs three seasons in a row, which is a franchise first. But this season’s aim will be to advance to the NLDS, which they failed to do in 2019 and 2020.

The Brewers opened the season with a home series loss against the Minnesota Twins, which was a tough draw. And the Twins shut them down offensively for the most part, outside of the late rally that brought the Brewers an Opening Day win. But the talent is there at the plate and on the mound to make a fourth straight postseason appearance.

Silenced Bats Should Wake Up

The hitting statistics from the Brewers’ series against the Twins do not make for pretty reading. They hit .170, scored eight runs, and struck out 36 times (and walked only six times).

It does have to be said that few teams can match the Twins’ rotation in either the AL or NL. Keep an eye on how the Brewers fare against the back end of the Cubs’ rotation over the next couple of days, however.

Burnes Stands Out in Mixed Results for Rotation

If you’re looking for value outside of the main contenders for the NL Cy Young, it might be a good time to hop on the Corbin Burnes bandwagon. Burnes was 4-1 with a 2.11 ERA and 88 strikeouts in 59.2 IP last season and is primed for more. He went 6.1 IP without allowing a hit and struck out 11 without walking anyone, but he took a hard-luck loss because he made one mistake–Byron Buxton’s seventh-inning homer to break up his no-hitter and shutout–and Jose Berrios and the Twins relievers did not make any. Burnes is still available at +3000 to win the NL Cy Young. A few more starts like that one, and he won’t be.

However, Brandon Woodruff (+2200 for the NL Cy Young) lasted only four innings on Opening Day against the Twins, allowing six hits, two walks, and three runs. It was a shaky start, but he should be better next time out. Adrian Houser was actually pretty decent in five Sunday innings, but poor run support hurt him. Houser was 1-6 with a 5.30 ERA last season, so his outing was a positive.

Star closer Josh Hader pitched only once against the Twins, as he was not needed otherwise. But he excelled in his stint, striking out the side in the 10th inning and earning the win last Thursday. That is an ideal start after he posted a career-worst 3.79 ERA last season.

The Reds bounced back from giving up 11 runs on Opening Day to take their series against the Cardinals. That is a nice response by a team that reached the postseason last season and has an interesting core.

Nick Castellanos is only +6000 to win NL MVP, but if he can build off of his strong start, those odds will shorten soon. Castellanos was 6 for 11 with two homers, five RBI, and six runs scored against the Cardinals. He might have had an even better stat line had he not been ejected in the bottom of the fourth on Saturday for this moment: