2021 American League Central Preview: Big-Hitting White Sox and Twins to Battle It Out for Central Title 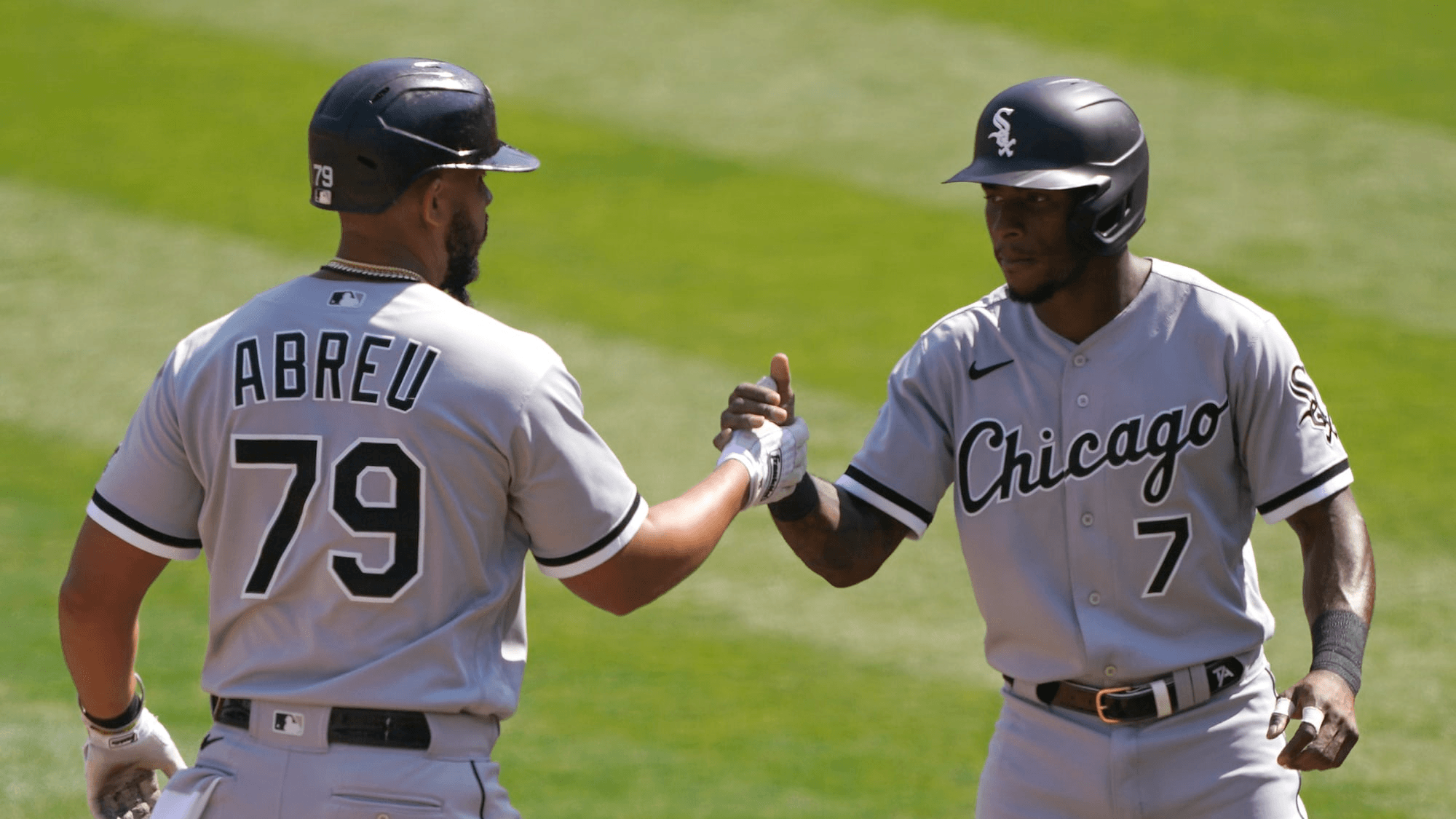 The tightest MLB division title race last season was in the AL Central. It came down to the wire, with the Minnesota Twins edging out the Chicago White Sox and Cleveland Indians for their second straight division title.

The 2021 MLB season should produce another AL Central battle involving the Twins and White Sox, with the Indians likely less of a factor. The Twins and their big bats are primed for a third straight division title in three seasons under Rocco Baldelli. But the White Sox are the trendy pick to take the title and contend for bigger glory. But the White Sox are breaking in a new manager who hasn’t managed in the majors in a decade–mind you, he already has a Hall of Fame bust in Cooperstown–and could also be without one of their key sluggers for most or all of the regular season.

Here is our look at the AL Central. Next up is the AL West, so look out for our AL West preview tomorrow.

After making the playoffs for the first time since 2008, the White Sox made a bold move and fired manager Rick Renteria with an eye on maximizing their prodigious potential for 2021 and beyond.

Then they made an even bolder move by luring Hall of Famer Tony La Russa out of retirement. It’s La Russa’s second stint with the White Sox after managing the franchise from 1979-86. Next Thursday’s season opener against the Los Angeles Angels will be La Russa’s first competitive game in an MLB dugout since Game 7 of the 2011 World Series, which his St. Louis Cardinals won over the Texas Rangers.

There is no disputing La Russa’s credentials, from his three World Series titles, to his 2,728 managerial wins, to his bust in Cooperstown. But it is curious to pair a fun, exciting team with, well, the complete opposite. But La Russa knows a lot about winning, and this team is primed to do that in a big way.

With Jimenez potentially out for most or all of the regular season, the White Sox may make a move to minimize the drop-off from the loss of his production, given that he could have a 30+ homer, 90+ RBI guy this season.

Adjusted Lineup Will Prosper Without Jimenez

But someone from within will get the first crack at replacing Jimenez in the lineup and in left field, and that someone could be highly-touted slugger Andrew Vaughn, the third overall pick in the 2019 MLB Draft. The majors are a big jump for someone who hasn’t played above the lower levels of the minors and is inexperienced in left field, but Vaughn’s bat is ready.

With Vaughn making a case to be in the lineup early on, the White Sox could have two AL Rookie of the Year favorites in Vaughn (+1000) and second baseman Nick Madrigal (+1800), who hit .340 in 103 at-bats last season.

As if the bats didn’t make them enough to contend with.

The starting lineup should set the table well, and the bullpen should shut things down as well as any in the business. Former Oakland A’s closer Liam Hendriks, fresh off of being named the AL Reliever of the Year last season, signed a three-year, $54 million deal with the White Sox in January.

Even with Jimenez’s injury, all of the pieces are there for the White Sox to live up to their potential in 2021. It remains to be seen how well things click with La Russa, but if they do, this team is an excellent bet to win the 2021 World Series.

After winning back-to-back AL Central titles, the next step for the Minnesota Twins is postseason success. The Twins were swept in the ALDS in 2019 and then again in the AL wild-card round last season, which takes their postseason losing streak to 18 games. The The Twins have not won a postseason game since Game 1 of the 2000 ALDS against the Yankees.

The Twins certainly have a squad built to break that drought, but will the pressure undo them again? Barring the unlikely, there will be plenty of wins in the regular season, but none of it will matter if the wins don’t follow in the MLB playoffs.

Last year’s offensive output was actually a bit of a disappointment after the Twins hit an MLB-record 307 homers in 2019. But the 2020 season was off for a lot of players and teams due to the pandemic and the challenges it presented. Josh Donaldson (+5000) has the most favorable AL MVP odds for any of the Twins’ bats. Nelson Cruz and Max Kepler come in at +7000 and Eddie Rosario and Miguel Sano at +8000. Meanwhile, rookie outfielder Alex Kiriloff is +2500 to win AL Rookie of the Year.

Exceptional pitching is not a necessity for the Twins if the bats produce as they could and should. But the Twins have a rotation of experienced, talented arms that can have a lot of success. Kenta Maeda and Jose Berrios are the two likeliest AL Cy Young candidates, with Berrios coming in at +1700 and Maeda coming in at +2000. Michael Pineda, J.A. Happ, and Matt Shoemaker have all won games in the majors and round out what should be a solid rotation.

The bullpen is where the Twins’ dreams will either live or die. Closer Taylor Rogers had an unsightly 4.05 ERA in 2020, and while he is still on the staff, the club brought in former White Sox closer Alex Colome. If Colome and the rest of the pen can be sharp, postseason success can finally return to the franchise.

Given that the Indians have dropped behind the White Sox and Twins in the pecking order in the AL Central, there may always be a bit of regret at their inability to close out the 2016 World Series.

Terry Francona is still there, and he has led the Indians to five playoff appearances in eight seasons, including that 2016 run to the World Series. But gone are Francisco Lindor and Carlos Carrasco, traded to the New York Mets. Slugger Carlos Santana, who hit 216 homers in two stints with the franchise, departed after a poor 2020 in which he hit .199. Two-time AL Cy Young winner Corey Kluber is now with the Yankees after a couple of injury-hit seasons to end his time in Cleveland.

Still, it would be unwise to completely write off the Indians. Francona has won much more than he has lost over his career, and he will get the best out of his players.

Also, the rotation boasts the reigning AL Cy Young winner in Shane Bieber. Bieber is the co-favorite to win it again this year, coming in at +330 along with Yankees ace Gerrit Cole. Zach Plesac is a solid #2 and had a nice 2020, so Cleveland has a nice 1-2 combo to rely on. Triston McKenzie impressed in his 2020 debut, going 2-1 with a 3.24 ERA and 42 strikeouts in 33.1 IP. McKenzie is one of the leading candidates for AL Rookie of the Year, coming in at +1500.

There are not a lot of high average hitters in the lineup, but that doesn’t mean these guys won’t hit. Third baseman Jose Ramirez hit .292 with 17 homers and 46 RBI last season. With no Lindor, Ramirez will be even more vital this season. So will Franmil Reyes, who hit a career-high .275 last season and averages a homer every 15.58 at-bats in his career.

If Cleveland can get off to a solid start, it might not be a bad idea to take a flyer on their win total even if it bumps up to 83-85 in April. The potential is there to win 85 or more games if everything comes together. Don’t count out any team managed by Terry Francona.

Could the Royals Spring a Surprise?

The Royals look more equipped to play spoiler as opposed to being a serious threat to win the AL Central. But games are won on the field and not on paper, and there are some pieces for Mike Matheny to work with in his second season at the helm.

At the plate, there is a solid foundation led by six-time All-Star catcher Salvador Perez. Perez hit a career-high .333 with 11 homers and 32 RBI and just signed a four-year, $82 million deal. Adalberto Mondesi stole 24 bases in only 59 games last season, and he will provide the speed with veteran Whit Merrifield. Merrifield was heavily linked with a trade last season but remains in Kansas City. So does slugger Jorge Soler, who led the AL with 48 homers in 2019. Third baseman Hunter Dozier hit .279 with 26 homers and drove in 84 runs in 2019, and he signed a long-term deal last month.

Throw in two offseason acquisitions in former Cleveland Indians slugger Carlos Santana, along with former Red Sox man Andrew Benintendi, a potential 20-20 player, and the Royals could actually have a pretty solid lineup if everyone plays up to their potential.

Pitching Will Be Key to K.C.’s Hopes

Whether or not the Royals will be more spoiler or success story will come down to the pitching, which isn’t short on potential. Ace Brad Keller had a solid 2020, going 5-3 with a 2.47 ERA. Touted young hurler Brady Singer had some impressive starts last season and will look for more in 2021. If Keller, Singer, veterans Mike Minor and Danny Duffy, and Jakob Junis can be respectable, the Royals can make things interesting in the AL Central for others if not for themselves.

The Royals don’t have any serious award candidates in key roles to start the season. However, top prospect Bobby Witt, Jr. had an excellent spring at the plate and will be in the majors sooner rather than later. Witt, Jr., the son of longtime MLB pitcher Bobby Witt, Sr., is +2500 to win AL Rookie of the Year.

Can Hinch Lead the Tigers to Respectability?

Little is expected of the Tigers this season, but the 2021 season provides the chance for manager A.J. Hinch to rebuild his reputation after his actions, or lack of actions, in the Houston Astros’ cheating scandal cost him his job last year.

Hinch doesn’t have the same horses in his stable as he did with the Astros, or anything close to it. But there are some pieces that do bear watching. 2018 first overall pick Casey Mize had a rough MLB debut in 2020, but there were some bright spots. Mize will start the season in the rotation, and he is +2500 to win AL Rookie of the Year. So will Tarik Skubal, who is also +2500 to win AL Rookie of the Year. Mize and Skubal have excellent stuff and tremendous potential, so they will be worth watching even if the Tigers aren’t very good.

At the plate, the two most interesting storylines to follow are the continued development of shortstop Willi Castro, who hit .349 with six homers and 24 RBI last season, and Miguel Cabrera’s quest for 3,000 hits. Cabrera will open the 2021 season 134 hits shy of the hallowed mark. He had 51 hits in 57 games last season, so the mark is well within his reach if he can stay healthy and hit decently.