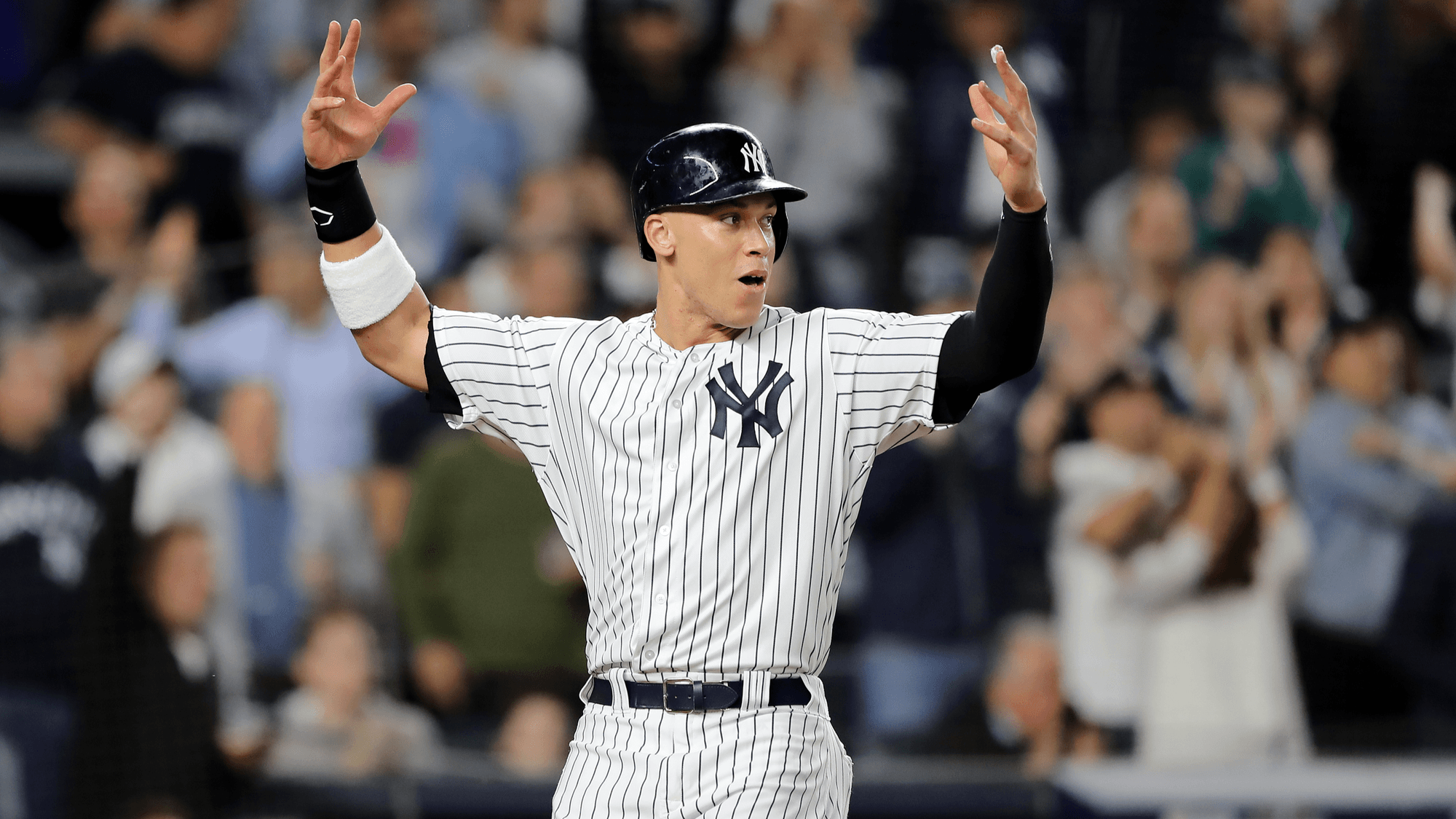 Much like most years, what happens in the Bronx should determine the AL East title. Once again, the New York Yankees find themselves heavily favored to take home the 2021 AL East title and are also one of the main favorites to win the 2021 World Series.

However, the Yankees have just one AL East title since the 2012 season, so there are no guarantees that they will back up their pedigree and expectations. The Tampa Bay Rays are the defending AL champs and should contend again, while the Toronto Blue Jays have a lot of hype surrounding them as the new season approaches.

Here is our look at the 2021 AL East. Next up will be the AL Central, so look out for our AL Central preview tomorrow.

Their hefty payroll and collection of talent at the plate and on the mound mean that big things are reasonably expected of the Yankees. But question marks abound that will make or break their season.

Can the Hitters Stay Healthy?

Will injuries and underperformance in the lineup be their undoing again? There are four potential AL MVP candidates in Aaron Judge (+1200), 2020 MLB batting champion DJ LeMahieu (+2200), and Gleyber Torres (+2500), and Giancarlo Stanton (+3500). But Stanton has played only 41 games over the last two seasons, Judge managed only 28 games last season, and Gleyber Torres played only 42 games. Also, Gary Sanchez needs to step it up this season after hitting under .200 twice in the past three seasons.

Can Accomplished Arms Answer the Call?

Beyond Cole, the rest of the rotation looks likely to be Corey Kluber, Jameson Taillon, Jordan Montgomery, and Domingo German. Kluber, a two-time AL Cy Young winner with Cleveland, made only eight total starts in 2019 and 2020. Taillon, acquired in a January trade with the Pittsburgh Pirates, is making his AL debut. Montgomery had a rough 2020 after not pitching much in 2018 and 2019. German went 18-4 in 2019 but did not pitch last season due to a domestic violence suspension.

If it all comes together, the Yankees can win the AL East crown and potentially end their World Series drought. If it does not, then yet another season will end in disappointment.

Last season, the Blue Jays finished 32-28 and made the wild-card round, where they were swept in two games by divisional rival Tampa Bay.

With some veteran additions to go with an already stacked lineup, the Blue Jays will hope to take a big leap this season to winning their first AL East title since 2015 and being a championship contender.

Few Weaknesses Exist for Blue Jays at the Plate

The Blue Jays finished in the top ten in the league in runs, doubles, homers, slugging percentage, and stolen bases, and they were 12th in batting average. That is a solid overall return, but even more will be expected this season. To add to their stable of hitters, the Blue Jays added two talented veteran bats in three-time All-Star and 2017 World Series MVP George Springer and infielder Marcus Semien, who finished third in AL MVP voting in 2019 with the Oakland A’s.

Looking at the projected lineup for the Blue Jays, the only real liability in the lineup might be catcher Danny Jansen, who hit only .183 last season. Jansen makes up for his bat with his backstop skills, but with talented young prospect Alejandro Kirk waiting in the wings and impressing at the plate in spring training, the Blue Jays could soon enough be as stacked from 1 to 9 as any team.

Rotation Reliability Behind Ryu a Concern

There are also some unknowns with the bullpen. But Ryan Borucki and late-inning arms Jordan Romano and Rafael Dolis all had solid campaigns in 2020.

There is a lot to like about the Blue Jays based on their lineup and their ace on the mound. But time will tell if they can seriously challenge the Yankees and the rest of the AL.

Rays Look to Repeat as AL East and AL Champs

It is easy to overlook the Rays when the AL East has the star-studded Yankees, the big-hitting Blue Jays, and the Boston Red Sox, who have a wealth of potential. But the Rays won the AL East by seven games last season and are unlikely to slink into the shadows in 2021.

In December, the Rays traded 2018 AL Cy Young winner Blake Snell to the San Diego Padres, which was one of the biggest moves of the off-season. Snell is certainly a big loss, but the Rays have a leading Cy Young candidate in Tyler Glasnow, who is 11-2 in 23 starts over the past two seasons. To fill out the rotation, the franchise brought in former St. Louis Cardinals hurler Michael Wacha, brought back Chris Archer after two poor seasons with the Pirates and no 2020 action, and signed Rich Hill, who is on his 10th team and still motoring along and mowing ‘em down at 41.

Pitching is going to be a strength for the Rays, as it often is regardless of the names plugged into roles. At the plate, all eyes will be on what 2020 postseason star Randy Arozarena will do in his first full regular season. Arozarena smashed seven homers in 64 regular-season at-bats last season, a sign of things to come. But he took things to another level in the playoffs. In 20 games, he hit .377 with 10 homers and 14 RBI to lead the Rays to the World Series and make himself a household name. And thanks to his limited regular-season at-bats, he maintained rookie status for this season. As a result, he is a +350 favorite to be the 2021 AL Rookie of the Year.

One man can’t do it all, of course. But the Rays have had a lot of success over the years without needing to dominate at the plate. That said, another name to look out for is second baseman/outfielder Brandon Lowe. Lowe hit .269 with 14 homers and 37 RBI in 56 games last season. However, he was only 9 of 76 (.118) in the postseason. If he uses those struggles as motivation for this season, he could have a big year.

The Yankees and Blue Jays are going to grab most of the headlines, which is understandable. But don’t be surprised if the Rays are right there with them–or ahead of them–in September.

Can Cora’s Return Spark Another Worst-to-First?

Last season, the Red Sox, just two years removed from a World Series title, finished at the bottom of the AL East with a 24-36 record. Unsurprisingly, manager Ron Roenicke saw his tenure end after only one season.

Back in the hot seat is Alex Cora, who led the Sox to a 108-54 record and that 2018 title but left his post prior to the 2020 season due to his role in the Houston Astros’ cheating scandal. As it was, Cora was suspended for all of the 2020 season anyway. So he was more or less just serving out his suspension while Roenicke kept his seat warm.

It will take more than Cora’s return for the Red Sox to challenge for the AL East, but this franchise has done worst-to-first twice in the past decade. In 2012, they finished last in the AL East, then won the division and the World Series the next season. Then after consecutive last-place finishes in 2014 and 2015, the Red Sox won the AL East in 2016.

The potential is certainly there. Production at the plate should not be an issue. Xander Bogaerts, Rafael Devers (both +4000 to be AL MVP), and J.D. Martinez (+6000) are All-Star talents, while outfielder Alex Verdugo hit a career-high .308 last season. First baseman Bobby Dalbec hit eight homers in 80 at-bats in 23 games last season, and he has locked down a starting role with a strong spring. Dalbec is +2000 to win AL Rookie of the Year, and if he can keep mashing when it matters, he will be as good a bet as any.

If Martinez can rediscover his old form after a rough 2020 and free-swinging free-agency acquisition Hunter Renfroe can be more feast than famine, the Red Sox could have a pretty formidable lineup. Renfroe hit only .156 last season but would rank 11th all-time in at-bats per home run if he had enough at-bats to qualify. When the likes of Bogaerts, Devers, and Verdugo will be on base frequently, having guys who can clear the bases with one big swing is a big asset.

If the bats produce like they could, then serviceable pitching could go a long way. Don’t discount potential moves later in the season if the Red Sox are still in contention after the All-Star break. But for now, it looks like the ace of the staff will be Eduardo Rodriguez, who went a career-best 19-6 with a career-low 3.81 ERA in 2019 but did not pitch in 2020 due to COVID and heart issues potentially brought on by COVID. The rotation and bullpen are full of ifs and maybes.

This is a team that could easily win either 75 or 95 games. Another worst-to-first season may not occur, but don't be surprised if Cora's return brings another postseason berth.

On the positive side, the Orioles did not finish last in the AL East for a fourth straight season, as they finished a game ahead of the Red Sox. But it seems like a century ago that the Orioles were pushing for the postseason. No, it was only just five seasons ago that they made their most recent playoff appearance. The next one does not appear to be imminent, unfortunately.

While this team is destined for the cellar in the AL East and perhaps the entire league, there are bright spots. Ryan Mountcastle hit .333 with five homers and 23 RBI in 35 games last season. Mountcastle had 126 at-bats last season, which is four short of the 130 that would have disqualified him from rookie status this season. As a result, he is still eligible for the AL Rookie of the Year award and comes in at +1000 to win it. Only Arozarena and Seattle Mariners phenom Jarred Kelenic have better odds, with Chicago White Sox prospect Andrew Vaughn also coming in at +1000.

There aren’t any odds on which manager will be fired first, but Orioles manager Brandon Hyde would be at or near the top of the list. The Orioles are 79-143 in his first two seasons, and if things go the direction they are expected to this season, he won’t be long for the job.