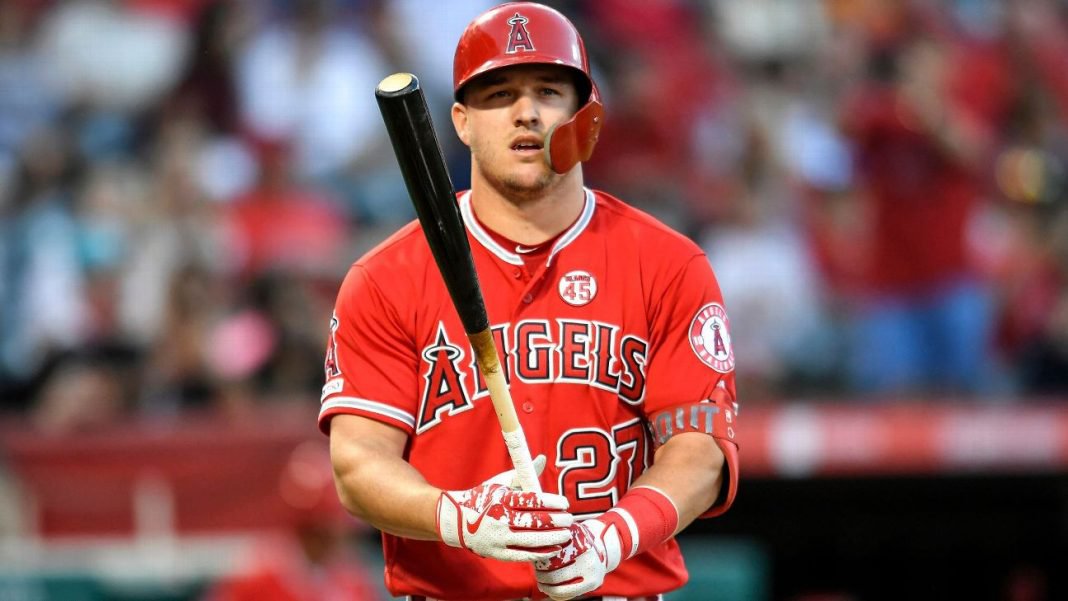 The 2020 MLB season was anything but an ordinary season because of its shortened length and the pandemic. But there were still many extraordinary individual performances that were worthy of MLB MVP consideration.

In the end, two first-time winners took home the hardware. In the American League, Chicago White Sox slugger Jose Abreu got the nod. Abreu hit .317 and led the majors in RBI (60) and total bases (148), led the AL with 76 hits and a .617 slugging percentage. He was also second in the AL in homers (19) and was among the MLB leaders in runs, doubles, and OPS.

With both players being cornerstones of 2021 World Series contenders, they should both be among the leading contenders when the MLB MVP awards are announced come the end of the season. But repeat winners are rare. In the American League, Detroit Tigers star Miguel Cabrera in 2012 and 2013 was the last repeat AL MVP. In the National League, Albert Pujols was the last repeat NL MVP winner, as he won in 2008 and 2009.

So if you are looking to make your MLB futures bets for the MLB MVP awards before the season starts tomorrow afternoon, it might be wiser to avoid Abreu and Freeman.

Who should you put your money behind? Here’s a look at the 2021 MLB MVP odds.

The Angels are not among the favorites in the American League, coming in at +340 for the AL West title and +1700 for the AL pennant. But Trout has racked up three AL MVP awards despite the Angels’ lack of success in his career, and he has finished runner-up four other times. And he could add to his haul this season even if the Angels continue to underachieve as a team. Last season, Trout hit .281, his lowest average since his 40-game debut in 2011, but he did hit 17 homers and drive in 46 runs.

How well he fares this season could depend on how others fare around him. He has two other potential AL MVP candidates around him in the batting order in Ohtani and Rendon, who could help him and themselves with big seasons. And there is a solid table-setter in the leadoff spot in David Fletcher. Fletcher hit .319 in the shortened 2020 season and should push for a .300 season this season.

Can Judge and Bregman Push Trout?

Can Judge stay healthy enough to challenge Trout? Since hitting 52 homers in 155 games in his standout 2017 season, Judge has played 112, 102, and 28 games in the last three seasons. Good health is a must if Judge is to push Trout for AL MVP and lead the Yankees to their expected success.

Bregman hit only .242 last season after a huge 2019 season in which he finished second in AL MVP voting, but he and the Astros are expected to bounce back in a big way in 2021. Bregman’s 27th birthday was just yesterday, so if this year isn’t the year for him, he has many years ahead to grab one or two.

For other favorites, the stars of the AL contenders are where you should look first. LeMahieu hit .364 last season to win the MLB batting title, and he has finished fourth and third in AL MVP voting in his first two seasons with the Yankees. At +2200 odds, he is excellent value if he continues his excellence in pinstripes.

There’s not as much love for Abreu as you would think the reigning MVP should receive, but going back-to-back as MVP in any of the major sports is a tough task. Still, he should have another great year for a White Sox team that has all of the pieces to be a championship contender.

A number of proven performers who did not have their best seasons in 2020 and some players who could take the next step in 2021 could also contend for honors.

White Sox outfielder Luis Robert hit only .233 last year as a rookie, but he is listed at +2200 to be AL MVP because of all of his tools. Robert had eight doubles, 11 homers, and nine steals last season. If he can boost that average significantly and produce at a high level, look out for him.

The likes of A’s duo Matt Chapman and Matt Olson, Yankees duo Giancarlo Stanton and Gleyber Torres, and Twins slugger Josh Donaldson (+5000) all have some bouncing back to do after 2020 but are core pieces on teams expected to contend.

Which possibilities not listed well outside of the above odds could find themselves in the mix? Twins star Nelson Cruz would be a nice thought at +7000, but a 40-year-old DH is not going to be AL MVP, no matter how well he does.

With that in mind, look no further than Kansas City Royals catcher Salvador Perez. Perez hit a career-high .333 with 11 homers and 32 RBI last season, and he recently signed a long-term deal to stay in Kansas City. The Royals are unlikely to come anywhere close to contending, but they could be better than expected. If that happens and Perez has another outstanding season, he should garner some MVP consideration.

The NL MVP race doesn’t have the same strong favorite that the AL MVP race does with Trout, but several stars stand out above the field.

Hall of Famer Frank Robinson is the only player to win both the AL MVP and NL MVP, but 2018 AL MVP Mookie Betts could join him sometime in the near future. Betts was the NL MVP runner-up to Freeman last season after hitting .292 with 16 homers and 39 RBI for the eventual World Series champion Dodgers. The Dodgers aren’t going anywhere, and neither is Betts.

Outside of the top six, Freeman is obviously a top name to watch out for. The odds are against him just like Abreu, but he won’t lose out due to his own shortcomings.

If backing a back-to-back NL MVP is not of interest, Arenado is excellent value. Arenado is now with the St. Louis Cardinals after an off-season trade from the Colorado Rockies, and he will lead the Cardinals’ push for success. Obviously, it is unknown how well he will produce away from Coors Field. But he is arguably the game’s best defensive player, and if he continues that, hits well, and the Cardinals top the NL Central, he will be among the top vote-getters.

Tatis, Jr. has the most NL MVP hype of any player from the Padres, but Manny Machado might be better value on the board than anyone else. Machado finished third in NL MVP voting behind Freeman and Betts last season after hitting .304 with 16 homers and 47 RBI. Given that, his pedigree, and the numbers he should produce for a potential 2021 World Series contender, +2600 is absurd.

Braves star Marcell Ozuna comes in at +5000, which would seem a little bit long for someone who put up the numbers he did last season. But he is not renowned for his defense like some other MVP hopefuls are. Also, there may be some doubt about whether or not last season was an outlier. And could he regress after earning his long-term deal with the Braves? With the other bats around him and a lot to play for, he shouldn’t. But he finished 5th in NL MVP voting last season, so his odds are not favorable for a reason.