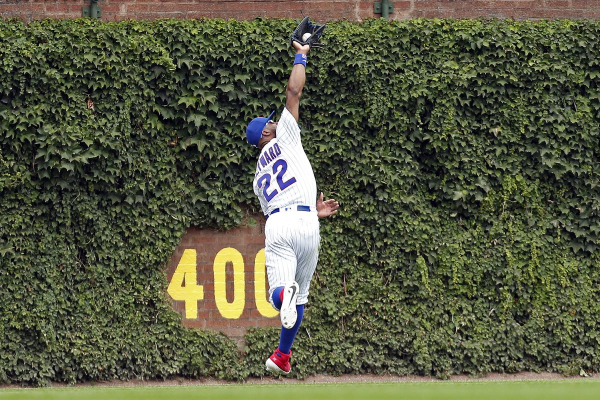 Tuesday night’s slate of games features a matchup of the Seattle Mariners (58-81) versus the Chicago Cubs (74-63) at historic Wrigley Field. The Mariners have long been out of the playoff hunt as they currently sit 32 games behind the AL West-leading Houston Astros and 22.5 games back for the second Wild Card spot.

The Cubs, on the other hand, are right in the thick of things. After Monday’s win, they currently sit three games behind the St. Louis Cardinals in the NL Central and hold the second Wild Card spot by 2.5 games over the Philadelphia Phillies. There is a bit more of a sense of urgency for Chicago as it tries to secure that postseason spot.

The moneyline for this matchup features the Seattle Mariners at +205 and the Chicago Cubs at -230. The over/under for runs scored sits at 8.5.

On the offensive side, these teams are actually neck and neck with one another. The Cubs currently rank 13th in the majors in runs per game at 4.88 (4.88 at home). The Mariners come in right behind them at 14th with an average of 4.87 runs per game (5.03 on the road).

With the playoffs out of reach, it could be very easy for the Mariners to just throw in the towel. Despite that, some of the youngsters, and even the veterans, can still make an impression on the league if they are able to play spoilers to some playoff-contending teams.

Trying to do just that on Tuesday will be the veteran Felix Hernandez. On the season, Hernandez has gone 1-4 in 10 starts with a 6.02 ERA, 1.42 WHIP and opponents are hitting .291 against him. In 49 1/3 innings this year, he has allowed 58 hits, 33 earned runs, 12 home runs and has struck out 41 versus 12 walks. He will actually be making just his third start since coming off of the injured list with shoulder issues.

Kyle Seager has been swinging a decent bat over the last month. In those 30 days, Seager is hitting .323/.409/.719 with 10 home runs, 28 runs batted in and 17 runs scored. He has also had some success against Lester in his career, going 3 for 9 against the southpaw with a home run. Tom Murphy has also hit well over the last month with a .316 average and seven home runs.

While the fact that they hold a playoff spot is nice, the Cubs would really like to use September to close the gap on the Cardinals and win the NL Central outright. To do that, though, they have to take advantage against sub-.500 teams like the Mariners.

While it was a month to forget in August, Lester did pitch better in his last outing. In a 4-1 win over the Mets, Lester went six innings, allowing five hits, three walks and one earned run while striking out four. He will look to build on that Tuesday.

It has been amazing what Nick Castellanos has been able to do since coming to the North Side in a trade at the deadline. In 30 games with the Cubs, he is hitting .339/.374/.685 with 11 home runs, 20 runs batted in and 24 runs scored. He has also had success against Hernandez, going 2 for 5 with a home run. Aside from Castellanos, Anthony Rizzo and Daniel Descalso have also homered off of the veteran.

After having a 24-inning scoreless streak snapped in Monday’s game, the Cubs’ bats will continue to heat up against “King” Felix. He has been a shell of the player that he once was, and while Lester has had times of struggle this season as well, the Cubs are still the better overall team. Throw in the fact that the Cubs play really well at home (they are currently 46-24 there), it just seems like all signs point to Chicago. While it would be nice to take advantage of a very favorable moneyline, I think the safer route is to go with the Cubs at -230.