Cubs Win Wild One, But Is Their Bullpen Equipped for October? 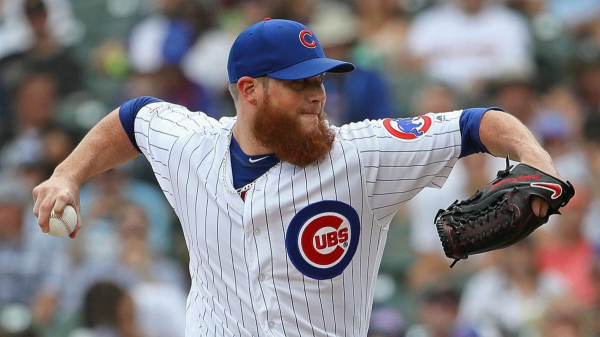 On Wednesday night, the Chicago Cubs and San Francisco Giants faced off in a high-scoring, back-and-forth thriller. The Cubs were down two runs going into the eighth inning when Kris Bryant blasted a ball into the stands for a 12-11 lead. The Giants failed to score in in the ninth and the game ended.

A game that had a combined 27 hits was anything but a pitchers duel. With 23 runs to go with the absurd amount of hits, the bats were flying on both sides.

As the season continues to wind down, the Cubs had a half-game lead over the Cardinals in the NL Central going into Thursday’s action. One question that remains unknown is whether the Cubs’ bullpen will allow them to make a run in October.

With a bullpen that consists of five go-to guys, they have a combined ERA of 4.126. The Cubs made a move before the trade deadline to sign closer Craig Kimbrel. Kimbrel has been extremely underwhelming, as he currently sits with a 5.28 ERA.

With Kimbrel being one of the biggest names in relief pitching, you’d expect him to have more of an impact. Through 15 innings pitched, he had allowed 14 hits, nine runs, five home runs, and eight walks. Not exactly the numbers that the Cubs were looking for when they signed him.

Alongside Kimbrel are relief pitchers Steve Cishek, Brandon Kintzler, Kyle Ryan, and Brad Brach. Kintzler has had the most success for the Cubs this year, as he currently holds a 2.45 ERA. This is a relatively good number for a relief pitcher.

The rest of the bullpen all have ERAs that are above three. The highest ERA comes from Brad Brach, who is sporting a 6.13. Not a number that you’d like to see for any of your pitchers, relievers or starters.

Will The Bullpen Perform Well Enough For A Playoff Run?

In baseball, every hit matters, and when the playoffs come around, you can’t afford to give up any runs in a close game. The Cubs’ bullpen is definitely their biggest weakness at this time, and if they can’t get it together, it’s hard to see them making it very deep into October.

While the Cubs have had a decent year from a hitting standpoint, it’s unlikely that they will be able to rely on it to win them games. They currently have the 13th-highest average among teams. With that being said, pitching is like defense in football, and pitching wins championships.

The Cubs overall have a well-rounded team, and yes, the bullpen has struggled for the majority of the year, but the starting pitching has helped make up for the very sub-par relief. As a team, they still find themselves within the top 10 in overall pitching ERA. Their 4.09 pitching ERA has them in the seventh spot.

Their five-man starting rotation has been consistent throughout the whole year. Cole Hamels is still looking to finish the year with an ERA under 4 despite being 35 years of age. Age seems to not be a concern with Hamels, though, as he’s barely lost a step from his glory days with the Phillies. The same goes for 35-year-old long-time Cub Jon Lester.

Assuming the Cubs make it into the playoffs, they will have their work cut out for them. The overperforming starting rotation will have to go deep into games and outshine a mediocre bullpen. There’s still plenty of baseball to be played, and the Cubs will put a lot of focus on improving their relief pitching before October comes around.