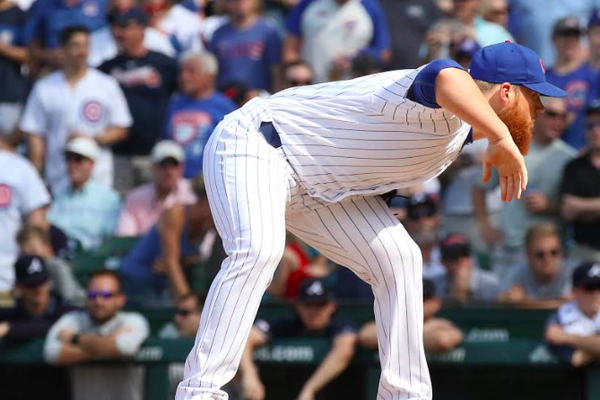 The Cubs add one of the best closers in the game. Is the NL Central race a wrap?

The National League Central has been one of the most competitive divisions in all of baseball, let alone the National League. With the recent addition of Craig Kimbrel, who is the MLB’s youngest player ever to accumulate 300 saves, the Chicago Cubs add an experienced closer who dynamically shifts the way the team plays games. It enables them to not only count on Kimbrel late in games but also give their starting pitching a lot more confidence earlier in the game. So does this simple addition of Kimbrel break the contest wide open?

There has been recent fluctuation in the past month or so as far the NL Central Division rankings have gone. For the most part, most people have given the edge to the likes of the St. Louis Cardinals and Milwaukee Brewers. While the Brewers had maintained a slight lead in the NL Central, the Cubs have recently overtaken them for a one-game lead in the Central as of Saturday morning.

The fact remains that the Brewers have consistently demonstrated an inability to sustain their pitching and offense. After dropping games in recent weeks to the lowly Marlins and others, like the NL Central bottom dwellers (no offense, Cincinnati) in the Reds, they have been unable to prove that they can truly sustain a long-term grasp on the Central.

The Cubs, despite their recent disappointing series against one of the league’s best teams, the LA Dodgers, have proven dominance when it counts. In decisive series against the Cards, the Cubs have shown they are the team to beat in the Central.

To start the season, the Cubs opened as the favorites, and while there have been several teams switching positions as top dogs in the Central, the Cubs are a team that’s used to being in a position of success. For others, such as the Brewers, despite their talent, this is going to be uncharted territory for a team that is riding high on timely offense and youngsters like Christian Yelich, but it remains to be seen if they can handle the pressure of being the team to beat.

One of the biggest issues for the Cubs has been their late-game choke jobs where their bullpen simply blows games, and their bullpen workload is increasingly high. The addition of Kimbrel means they can have someone who can jump in during ninth innings and absolutely shut teams down. While he is going to have to adjust to the new workload.

Enjoying Pedro Strop’s return from the bullpen further enhances their ability to have some success in late games. Despite their torrid offense, the Cubs’ biggest weakness has consistently been their inability to close out games, with numerous contests in recent months being dropped due to their offense stuttering to a stop, and their bullpen staff failing to shut the door.

Complete teams are the teams that are able to put all of the pieces together and win baseball games, and finally, it does appear the Cubs will finally have a lot more consistency in their bullpen. Combine the fact that the Cubs, who have been clicking offensively, finally add a piece like Kimbrel to get ready for a playoff run at just the right time is a prime example of the rich getting richer. At this point, the inconsistency of the division’s other teams combined with the Cubs balance and depth simply makes them too much to bear as the season continues to grind on.

While their one-game lead is hardly impressive, as they continue to sustain their outstanding performances, it will be proof that the oddsmakers were right on the money by opening them as the favorites for the division.