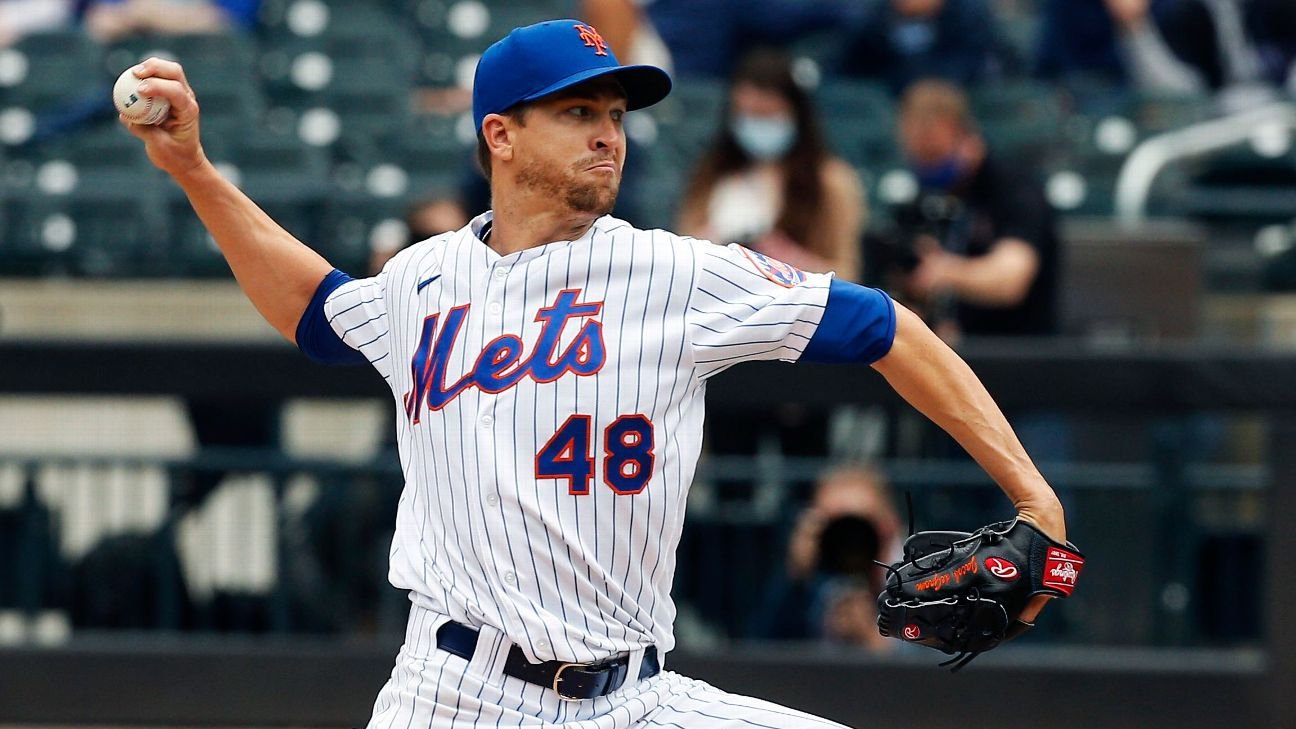 Anytime Jacob deGrom is on the mound, it is not to be missed. But tonight’s outing is even more of a must-see occasion, as deGrom will face off against one of MLB’s hottest teams in the Milwaukee Brewers. Yesterday’s series opener was the focus of one of our MLB betting previews, but today’s matchup is every bit as noteworthy with the NL MVP and Cy Young favorite on the hill.

In last night’s series opener, the Mets impressively took the win against Brandon Woodruff, who had one of his worst outings of the season, allowing four runs in 6.1 innings. That was only the second time in 17 starts this season that Woodruff allowed four or more runs. Given the Mets’ offensive struggles recently and throughout the season, four runs against one of the best pitchers in the business is something to write home about.

Tonight the pitching matchup heavily favors the Mets, with deGrom opposing veteran hurler Brett Anderson. Anderson hasn’t fared well recently or on the road, so it is no surprise that tonight’s MLB betting odds heavily favor the Mets to seal the series win.

Will deGrom add to his Cy Young and MVP resumes tonight against the NL Central leaders? Or will Anderson spring a surprise and raise his game to help the Brewers level the series? Here’s our MLB betting rundown for tonight’s matchup at Citi Field.

Odds are via FanDuel Sportsbook as of Tuesday, July 6 at 4:00 pm ET. For MLB betting odds for today’s other matchups, check out our MLB odds.

Pitching is the biggest reason why the Brewers lead the NL Central by six games ahead of the Cincinnati Reds. It is also why MLB betting odds now have the Brewers at +550 to win the NL pennant, behind only the Dodgers, Padres, and Mets.

But the weak link in one of MLB’s strongest rotations is Anderson, who has the highest ERA among their starting pitchers. Eric Lauer, who has eight starts this season, comes in at 4.11, while Anderson is the only starter among the five who have double-digit starts with an ERA above 4.00. Anderson has not won since April 17 and is 0-3 with a 5.81 ERA in his last nine starts.

Will tonight be any better for the veteran lefty? The numbers point to Anderson being an MLB betting fade on the road until further notice.

Brett Anderson Home vs Away

The Mets aren’t exactly tearing the cover off of the ball, but they do hit better against lefties, so this is a favorable matchup from that standpoint. Can they exploit it?

For what it’s worth, deGrom is 5 for 11 with three RBI against southpaws this season, so don’t be surprised to see him rake if he has the chance to get some swings in against Anderson.

For many pitchers, his outing last Thursday in Atlanta is still a pretty darn good night. But for him, it was his worst outing of the season. He did strike out 14 in seven innings, but he allowed three earned runs for the first time this season. But he avoided taking the loss, even though the Braves walked off to win the game.

Thursday was only the second time that deGrom allowed three runs this season. What happened the last time he did that, if you may ask? Well, he allowed three runs over his next nine starts and did not allow a single run across five consecutive starts.

So in other words, the Brewers might be in for it tonight.

Milwaukee Brewers vs New York Mets July 6 Best Bet: Mets RL – With an overwhelming pitching mismatch in favor of the Mets, you have to look somewhere other than the moneyline for MLB betting value in this matchup. Trusting the Mets to score enough runs is a big ask, but with deGrom on the mound and Anderson struggling on the road, this is one spot where it feels less risky to back them to cover the run line.