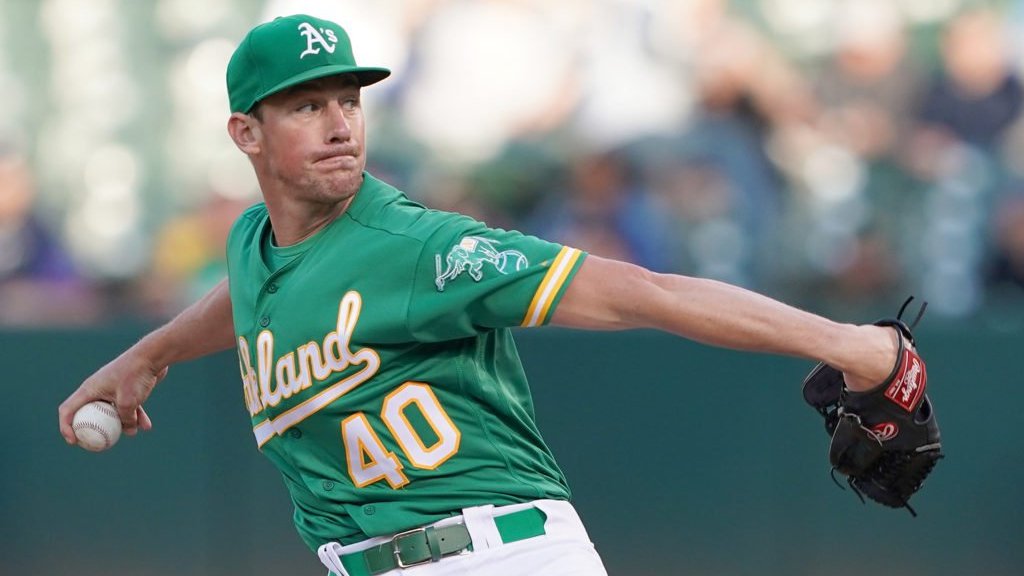 Tuesday lost a game from the American League slate thanks to Tropical Storm Elsa. Now the Indians and Rays will play a double-header on Wednesday. That is probably good news for the Indians who are really struggling. A game featuring JC Mejia and Michael Wacha was unlikely to be one of the day’s top MLB betting options anyway. Sorry Rays fans.

In the AL on Tuesday we had a couple of really good options but went the obvious route with Oakland visiting Houston. This series between Oakland and Houston is a big one. The A’s have been in first a lot of the season but not right now thanks to a recent surge by the Astros. One of the reasons for the gap between the two clubs is that Houston has dominated Oakland. This road series gives Oakland a chance to make a statement with the MLB All-Star break on the horizon.

The series starts with Houston 3.5 games up in the AL West standings, so Oakland cannot close the gap all the way. But the A’s have been better on the road than at home this season, posting a 22-16 record. Oakland is just 16-17 against the AL West this season though.

Both teams were off yesterday. Entering the series, the Astros are in better form than the A’s. They had a four-game sweep of the Indians over the weekend.

Odds are via FanDuel Sportsbook as of Tuesday, July 6 at 9:15 am ET. For MLB betting odds for today’s other matchups, check out our MLB odds.

Will Oakland Get There?

The A’s are a good team, maybe good enough to make the playoffs again, but they are still playing below their potential in my opinion. After carrying the offense for most of the season 1B Matt Olson has cooled of late, so now it is 3B Matt Chapman’s turn. He is one of five hitters in the Majors who already had more than 100 strikeouts, and all the others have more than his 11 homers. Until he ramps up his power or cuts down on his Ks, it is going to be tough for the A’s to hang with the Astros.

Oakland could not afford closer Liam Hendriks this offseason. That is no surprise as he was the best reliever on the market. They have been doing their best to replace him, but overall the bullpen has not been a strength. The group is just 24th in WAR this season.

The Astros are a complete team, but it is their offense that stands out. They are tops in runs scored and batting average. So it is not all about the home run, although they are 8th in that category too. Even though Houston made the playoffs a year ago, they never seemed to be quite themselves. This year the lineup has been great with the SS/2B combo of Carlos Correa and Jose Altuve both having great seasons. When fellow infielder Alex Bregman returns to the lineup they will be even better.

Zack Greinke is not Justin Verlander, but he has done a good job leading a staff that is surprisingly good. The Astros are 4th in quality starts and when you pair that with their offense, they are playing with the lead a lot of the time. That makes them very tough to beat as we have seen all season.

Both of these pitchers have been very good this season. You can see that Bassitt has the lower ERA at home, but those other splits say backing him on the road is a solid play. Valdez has no real splits in his numbers, they look good no matter where he pitches. He is quickly emerging as one of the best starters in the AL.

A’s vs Astros Best Bet: Oakland ML – It is totally understandable that the Astros are favored at home. This is not a fade of Houston. Rather, it is an acknowledgment of the value with Oakland in this spot. Winning at MLB handicapping means making some measured value plays, and this is a great spot with a rest day giving the A’s a chance to reset their bullpen after a series loss against Boston. The market might be a little down on them right now.