MLB Betting Daily Preview (April 21): Keep Riding the A’s Until the Streak Ends? Can Lamet Lead the Padres Past the Brewers? 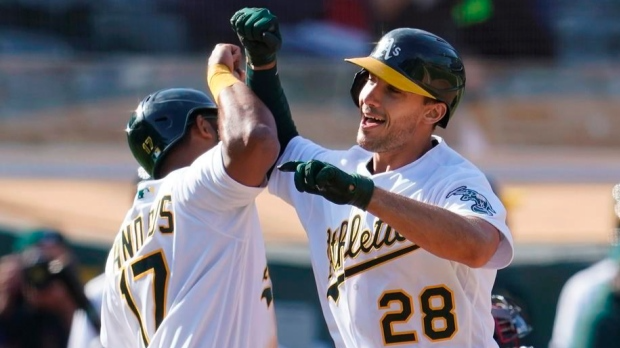 Another fruitful day of MLB betting beckons today, with 16 games on today’s schedule. What is on tap for today’s slate?

We also have the latest MLB standings, complete with run line and total standings along with the usual info.

After taking the first two in Philly, the Giants go for the sweep this afternoon. DeSclafani’s first season with the Giants has started well, as he has posted three straight good outings. With the exception of a bad first inning against the Braves 11 days ago, Eflin has also been excellent to open the season.

The Twins, who have lost eight of nine, look to avert the sweep as they send their ace to the hill this afternoon. Just as important as a good outing for Maeda is the need for the bats to wake up. The Twins were shut out in yesterday’s doubleheader, and they have scored only 21 runs in their last nine games after putting up 46 in their first seven games. The Twins are certainly better than they are showing right now, but they need to start showing it.

The A’s, however, can’t do much wrong at the moment. Montas has pitched well in his last two starts after a rough opener, and he will fancy himself to keep that run going this afternoon against the struggling Twins.

It would not be ideal for the Padres to be on the wrong end of a sweep prior to their upcoming four-game road series against the Dodgers, especially if that sweep involves being shut down by the Brewers in each game. That said, today is their best chance to win even if the bats are still slumbering, as Lamet makes his season debut after an outstanding 2020 season.

Will today be a day that the Braves can get both a solid outing by a starter, a strong bullpen performance, and a good day at the plate? Those things have not often occurred in the same game thus far, including last night’s 3-1 loss, which featured their latest poor pen performance.

Kluber has allowed at least five hits and two walks and has not pitched more than 4 IP in his first three starts, so with or without Ronald Acuna, Jr. in the lineup, the Braves will be disappointed if they can’t put some runs on the board early.

Disclaimer: These are not MLB picks. They are notable MLB betting lines that are either intriguing or stand out as great value.