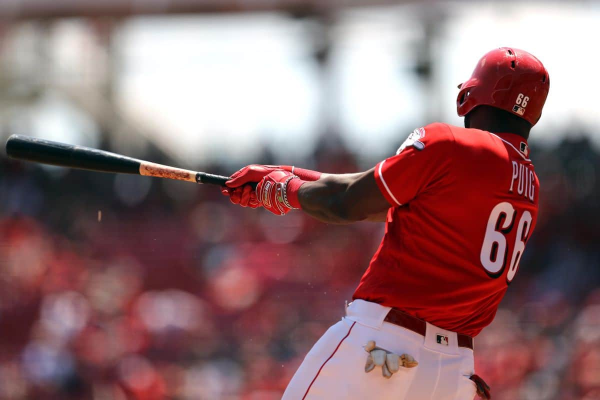 The National League Central has been one of the most tightly packed races in baseball all season and Monday will feature an NL Central showdown when the Cincinnati Reds (44-53) travel to Miller Park to take on the Milwaukee Brewers (53-48). Despite being in the mix at the All-Star break, the Reds have gone 3-7 since the break and have slipped to nine games back in the division. Sitting seven games back in the Wild Card, they certainly need to reverse their fortunes to stay alive in the postseason discussion.

For the Brewers, they have pulled within two games of the NL Central lead and currently sit in the second Wild Card spot. However, with seven teams within 5.5 games of that second spot, they know every win is crucial. The pitching matchup for this one features Sonny Gray (5-6, 3.40 ERA) going for the Reds against the Brewers’ Chase Anderson (5-2, 3.96 ERA). First pitch is scheduled for 8:10 pm ET.

The moneyline for this one comes in at the Cincinnati Reds +111 and the Milwaukee Brewers -121. The over/under for total runs scored is 9.

After losing three of four to the Cardinals over the weekend, the Reds would love to turn things around against the Brewers. To do so, they will turn to Sonny Gray on the mound. This season, Gray is 5-6 in 19 starts with a 3.40 ERA, 1.13 WHIP and opponents are hitting just .217 against him.

In 103 1/3 innings, Gray has allowed 81 hits, 39 earned runs, 11 home runs and has struck out 120 versus 36 walks. In his last start, a 5-2 loss to the Cubs, Gray went six innings, allowing two hits and two earned runs while striking out eight. He will look to give his team an opportunity for a win on Monday.

On the offensive side, Yasiel Puig has been one of the hottest hitters for the Reds over the last month. In that time, Puig is hitting .341/.387/.647 with seven home runs, 18 runs batted in and 16 runs scored. Puig has homered against Chase Anderson in his career but is only hitting .118 in 17 at-bats. In fact, several Reds players have taken Anderson yard in their careers, including Puig, Derek Dietrich, Phillip Ervin, Jose Peraza, Nick Senzel, and Eugenio Suarez (3).

Brewers Trying To Make Up Ground

With the Cubs, Brewers, and Cardinals all nearly side by side in the standings, Milwaukee knows that every opportunity for a win is crucial, especially if they can take advantage of a struggling team like the Reds. To try to start the series off right, they will turn to Chase Anderson on the mound.

On the offensive side, Christian Yelich has been absolutely sensational this year. He is hitting .337/.436/.721 with 35 home runs, 76 runs batted in, 76 runs scored and has stolen 23 bases. While he has only faced Gray three times in his career, he is 1 for 3 with a home run and two runs batted in. One player who has hit well against Gray is Lorenzo Cain. In his career, Cain is 8 for 16 with a run batted in. The Brewers will look to figure out the tough righty on Monday.

This one comes down to the pitching for me. Gray has been solid lately. In his last four starts, he is 2-1 with a 1.65 ERA. For Anderson, he has also been solid this season, but not against the Reds. In two starts against them this season, he is 0-1 with a 6.75 ERA. It is understandable if you wanted to take the Brewers as the Reds have been struggling lately, but for my money, I will take the All-Star Sonny Gray and the +111 moneyline with the Reds.