Can Anyone In The National League Beat The Dodgers? 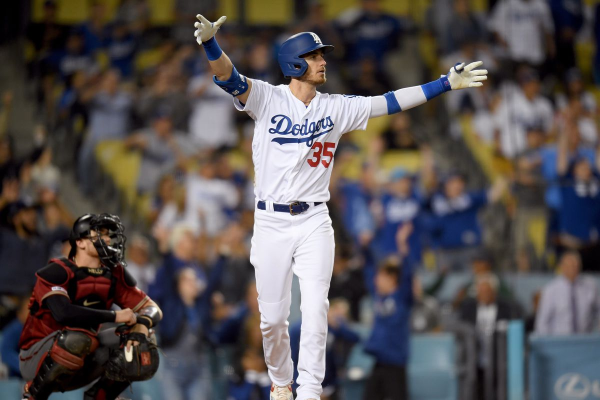 With 111 of 162 regular-season games in the rear-view mirror for the Los Angeles Dodgers, it’s become clear that Cody Bellinger and Co. are the team to beat in the National League.

At 72-39, the Dodgers have the most wins in the majors, and they’re in the midst of a three-game winning streak that’s only pushing that total higher.

With an MVP candidate in Bellinger and a pitching staff that’s been great all season long, the Dodgers are looking for a worthy challenger for the National League crown. Let’s start by taking a look at just how good Los Angeles is.

The Crown Jewel of the National League

The Dodgers haven’t just been good this season; they’ve been dominant. With a combination of a powerful offense and a suffocating staff, the Dodgers have put together a run differential of +171 after scoring 603 runs and giving up just 432.

As a team, the Dodgers are almost unbeatable at home. Out of 55 games they’ve played in Los Angeles, the Dodgers have dropped just 14. And they’re not bad on the road, either, with a record of 31-25.

Yet pitching is where the Dodgers truly shine this season. With an impressive team ERA of 3.38, LA is the top club in the majors by a significant margin, followed by the 3.57 ERA of Tampa Bay.

The Dodgers staff is also tied with Cleveland atop the rankings for shutouts with 11.

With statistics like these, Los Angeles clearly has some incredible individual talent on the roster.

Let’s start with pitching, where the Dodgers can boast three very strong starters, including a Cy Young Award candidate.

On offense, Bellinger is the engine of this Dodgers lineup. With an average of .331, 35 home runs, and 83 RBI, Bellinger is on the short list of MVP candidates.

So, can anyone beat the star-studded Dodgers?

Who Can Beat the Dodgers in the NL?

In the conversation of National League supremacy, the Dodgers’ biggest threat is the Atlanta Braves. While Los Angeles is getting even odds to win the NL, the Braves are closest with +375 odds.

The Braves are certainly likely to make the playoffs with their healthy lead in the NL East, and their 589 runs scored ranks them fifth in the majors offensively, directly behind the Dodgers.

While the Braves are the second favorite in the NL, two National League Central teams have a shot to take down the Dodgers, according to the odds.

The Cubs are sitting on +850 odds and have the second-best ERA in the NL at 4.02. And with +900 odds, the Cardinals, who lead the Cubs by a game in the division, are the final team with a realistic chance of knocking off the Dodgers.