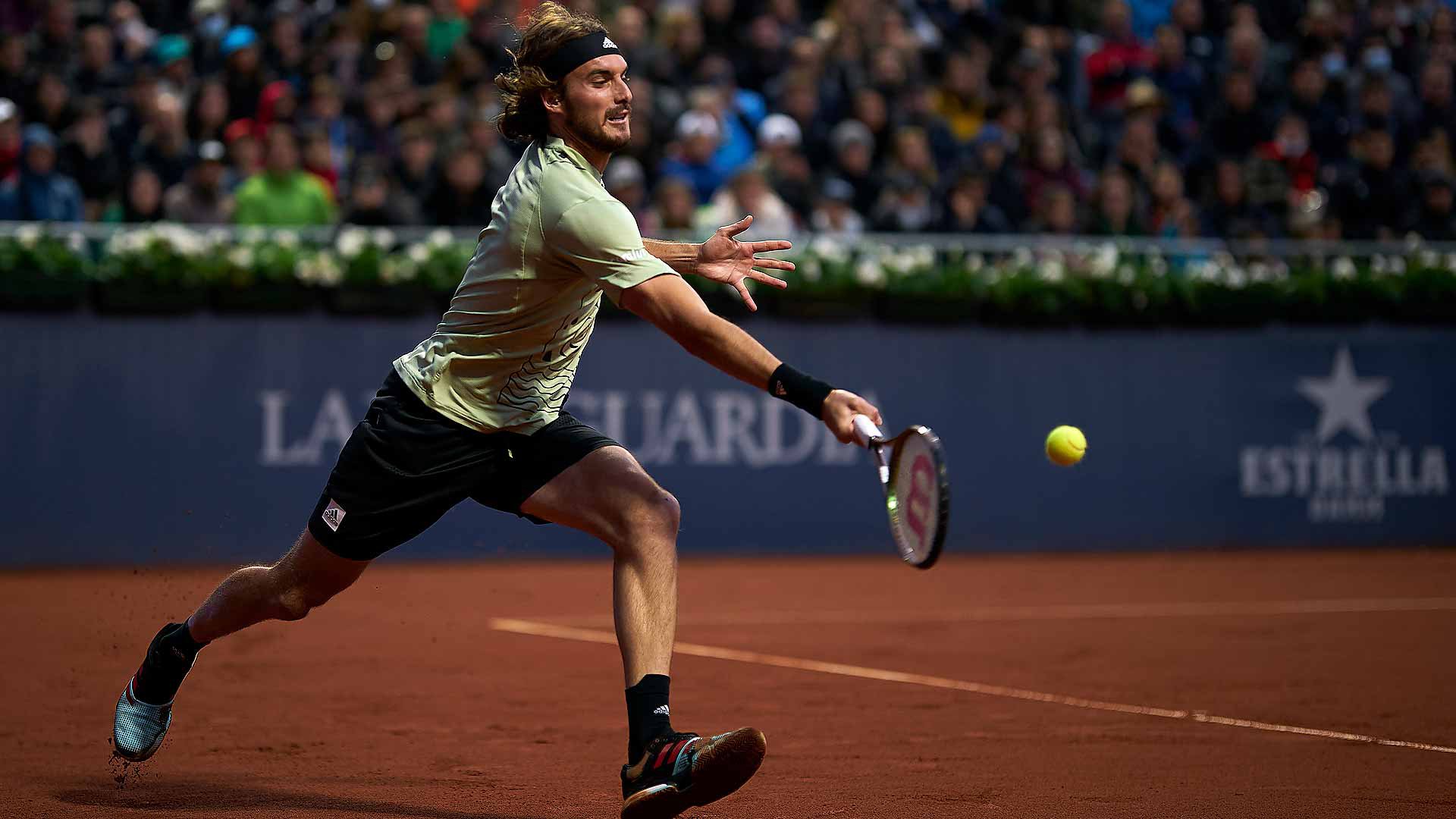 While Novak Djokovic may be playing at home in the Serbia Open this week, it is not the main event on the ATP calendar this week. The world number one leads the field in Belgrade, but the stronger field is in Spain for the Barcelona Open, an ATP 500 event.

With Djokovic in Belgrade, Daniil Medvedev and Nadal out injured, and Alexander Zverev taking the week off, Tsitsipas is the top seed in Barcelona after winning the Monte-Carlo Masters on Sunday.

But the top seed is not the favorite. Instead, that would be young Spanish phenom Carlos Alcaraz, who is seeded fifth as he looks to grab his third tournament title in 2022 with his 19th birthday still over two weeks away.

Players in bold have reached the round of 16, which will take place on Friday, April 22.

He’s off to a perfect start on clay this year, as he repeated at Monte-Carlo with a straight-sets win over Alejandro Davidovich Fokina in Sunday’s final. This week, he will look to finally win this tournament after losing to Nadal in the final in 2018 and 2021.

Nadal may not be in his way this week, but he will have a difficult road to the final.

In the third round, he could face Dimitrov, who reached the Monte-Carlo semis and is a seeded player this week.

If he gets past that match, he could face Alcaraz, who is seeking his second clay title of the year after winning the ATP 500 Rio Open in Brazil in February. Alcaraz, who won the Miami Masters earlier this month, fell in the second round to Seb Korda last week. But that hasn’t stopped him from beating out Tsitsipas as the favorite this week.

Another great week for Tsitsipas would be big, even if his French Open odds (still +700 to win the title despite his Monte-Carlo Masters win) continue to stay the same. Taking great form into May’s two ATP 1000 events in Madrid and Rome and then the French Open will set him up well to make another run at Roland Garros.

With question marks surrounding the other Roland Garros favorites–Djokovic has played little in 2022, Nadal and Medvedev are facing a race against time to be fit for the tournament, Dominic Thiem is just coming back from a long layoff, Alexander Zverev is Alexander Zverev, and Alcaraz is still a relative newcomer on the scene–a first Grand Slam singles title could be in the cards for Tsitsipas, who lost a heartbreaker to Djokovic in last year’s French Open final.

Alcaraz is the next big thing, and I like him to bounce back from last week’s early exit to at least reach the quarters in Barcelona.

But when Tsitsipas is playing well, he is as tough to beat as anyone on tour. In his 6-4, 6-2 win over Zverev in the Monte-Carlo semis, he broke Zverev’s serve five times in nine games and finished off the world number three in only 75 minutes.

Tsitsipas is certainly prone to making things more difficult than they should be, as he did in his quarterfinal win over Schwartzman and in the second set of the final against Davidovich Fokina.

But it is highly encouraging for his chances this week and beyond that he dealt well with tough situations he found himself in last week, because such intangibles, not his ability, are why he has a losing record in finals in his ATP career and has yet to make his Grand Slam breakthrough.

Things are pretty wide open in Carreno Busta’s half of the draw, and he could make the most of that. Carreno Busta, who resides in Barcelona, has had some success at this tournament. Last year, he made the semis, where he lost to Nadal in straight sets.

In his run to the semis last year, he beat Schwartzman in the quarters, and that is who he could face in the semis if he gets through a navigable quarter that includes #2 seed Ruud.

Carreno Busta hasn’t had a lot of success against the best of the best on the ATP Tour, but he wouldn’t face someone who’s already at that level–Alcaraz will be, and he will be sooner rather than later–unless he meets Tsitsipas in the final.