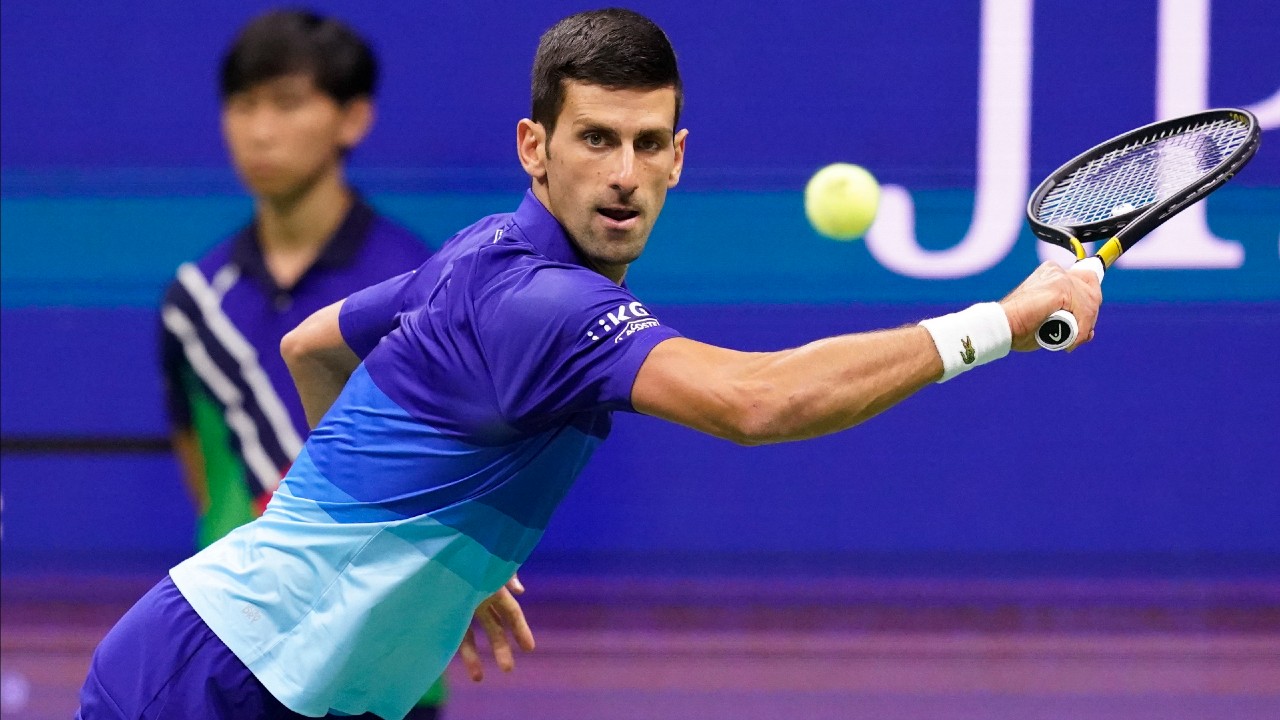 After an early exit from last week’s ATP Masters 1000 event, world number one Novak Djokovic will look to get back on track in his home city in this week’s Serbia Open in Belgrade.

At the Monte-Carlo Masters, Djokovic, the top seed, was participating in only his second tournament in 2022 following a quarter-final appearance at the Qatar Open in February. But he exited in his first match, losing in three sets to eventual runner-up Alejandro Davidovich Fokina in the second round.

Djokovic is the top seed and the favorite for this week’s ATP 250 tournament in Belgrade, which is in its second year of its second stint on the ATP Tour after not being played from 2013 to 2020.

But he lost in the semifinals last year and though it is not a stacked field with the Barcelona Open, an ATP 500 event which is also taking place this week and features a stronger field, there are players in the field who can beat him.

Matteo Berrettini is the defending champion of this tournament, as he defeated Aslan Karatsev 6-1, 3-6, 7-6 (7-0) in the final last April. But he is currently sidelined after a recent operation on his hand and will not return until after next month’s Italian Open, at the earliest.

Players in bold are still in the tournament as of Thursday, April 21.

Could Thiem Threaten Djokovic in Belgrade?

In Djokovic’s half of the draw, his biggest threat might be someone who isn’t listed, but it is a big if.

Since winning his first Grand Slam singles title at the 2020 US Open and then reaching the final of the ATP Finals that year, Dominic Thiem has not had the most pleasant time. He struggled for form and fitness in 2021, lost in the first round of the French Open–where he was a finalist in 2018 and 2019–then suffered a wrist injury in June that kept him out for the rest of 2021.

He skipped the first few months of this year to continue recovering, then finally returned at the end of last month in a challenger tournament in Marbella, Spain. There, he was the top seed but lost in the first round to Pedro Cachin, the 174th-ranked player in the world, in straight sets.

Then he tested positive for COVID, which ruled him out of the Monte-Carlo Masters.

In Belgrade, Thiem will face John Millman in the first round. If he wins, he will face either Kecmanovic or Richard Gasquet next.

Another win could see him face Djokovic in the quarters, and he should fancy his chances in that potential matchup.

Thiem has won five of 12 meetings with Djokovic, including three of five meetings on clay. Given all that he has dealt with in 2021 and 2022, it might be a little soon to expect his best form, of course. But Djokovic hasn’t played much competitive tennis either, so there is no major disadvantage for Thiem from that standpoint.

This could be an opportunity for Thiem to find form and confidence ahead of next month. May features ATP 1000 events in Madrid (where he is a two-time finalist) and Rome and then the French Open.

Can Karatsev Make Another Run to the Final?

Like Djokovic, Karatsev did not have a long stay at the Monte-Carlo Masters. In the first round, he went down in three sets to 18-year-old qualifier Holger Rune, who went on to reach the round of 16 and could be a name to watch this week in Belgrade.

Since opening 2022 with by beating Andy Murray to win the Australian Open warmup event in Sydney, Karatsev has won only four of 12 matches and has lost in his first match five times in eight tournaments.

But last year, Karatsev reached the final in Belgrade, which was his first (and only, to date) clay final in his ATP career. In the semifinals, he defeated Djokovic 7-5, 4-6, 6-4. Karatsev could really use another run in Belgrade, and not just because he has ranking points to defend.

Ultimately, while Djokovic might still have some rust to shake off due to a lack of competitive tennis, it might be a bit blasphemous to back someone else to win this tournament.

There could be some tough opposition to deal with, especially if Thiem can reach the quarters. But with Thiem having played even less competitive tennis than Djokovic has this year, plus the form struggles he had even before his long layoff, he can’t be trusted just yet.

At these odds, you get some excellent value as well. If it was a regular year for him and he was entering the tournament with more tennis under his belt, his odds would be shorter, especially with the flawed field that he has to navigate.

Karatsev isn’t exactly lighting it up right now, but he made the final here last year and has 150 ATP singles ranking points to defend. In February, he reached a career-high ranking of 14th, but his drop in form has seen him drop to 30th. If he doesn’t turn it around soon, he could find himself in danger of missing out on being a seeded player at the French Open.

That may not be a primary motivation for Karatsev, but if he can embrace the opportunity and a favorable field, this is the best value among the favorites.

Fognini is the toughest matchup he could face in the second round or quarters, and he is not the player he once was. Also, Karatsev has won his most recent matches against the tournament’s top three seeds.

The 2022 Formula 1 season is only six races deep, but the race for this season’s championship alerady appears to be down to just two drivers. Last season, Red Bull driver Max Verstappen claimed his first Formula 1 World Drivers’ Championship in highly controversial circumstances, with Lewis Hamilton denied what would have been a record-breaking END_OF_DOCUMENT_TOKEN_TO_BE_REPLACED