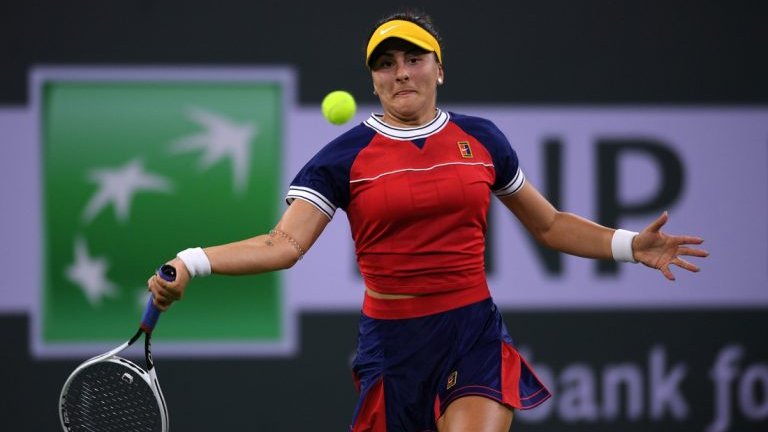 As is the case on the ATP Tour this week, it is a two-tournament week on the WTA Tour as well.

In Istanbul, Turkey, the WTA 250 Istanbul Cup is taking place. There, #2 seed and defending champion Sorana Cirstea is already through to the quarters and is favored to repeat with top seed Elise Mertens having retired in the first round.

The more prestigious tournament this week is in Stuttgart, Germany, where the Stuttgart Open (also known as the Porsche Tennis Grand Prix), a WTA 500, is being held.

Odds are via FanDuel Sportsbook as of Thursday, April 21.

Five of the top six women’s singles players are in Stuttgart, minus world number two and reigning French Open (singles and doubles) champion Barbora Krejcikova. Krejcikova is still dealing with an arm injury and has not played since the Qatar Open in February.

Even with Krejcikova absent, the presence of so many highly ranked players means that several 2022 French Open women’s singles favorites are in the WTA Stuttgart draw.

That includes new world number one and Roland Garros favorite Iga Swiatek, who became the first player to secure a quarter-final spot with an easy, breezy 6-1, 6-1 win over qualifier Eva Lys in the second round yesterday.

While Swiatek has the day off ahead of a quarter-final matchup with either Tamara Korpatsch or #8 seed Emma Raducanu, the other seven seeded players in the draw are all in action today as the remaining seven second-round matches take place.

Here’s a look at today’s schedule in Stuttgart, along with odds for each match.

#2 Barbora Krejcikova (arm), #8 Danielle Collins (neck), #9 Garbine Muguruza (shoulder), and #11 Jelena Ostapenko (wrist) are all absent from the tournament due to injury.

Best Bet of the Day:

Bianca Andreescu to win a set vs. Aryna Sabalenka (-138 at FanDuel Sportsbook)

Prior to her first-round match against Jule Niemeier, Andreescu had not played since October of last year. As a result, she has dropped to 121st in the WTA rankings, 13 spots lower than her opponent on Tuesday.

But the 2019 US Open champion navigated a shaky first set on her serve–she was broken in her second service game then survived three further break points, including a set point–to take the first set in a tiebreak. That clearly put some wind in her sails for the second set, as broke Niemeier twice and held her own serve in all four service games to secure a 7-6 (7-5), 6-3 win.

Having to face the world number four in only her second match of 2022 is certainly a challenge, but Sabalenka is not playing like her ranking right now.

Since reaching the fourth round at the Australian Open in January, she has won multiple matches in only one of five tournaments. And she is under major pressure this week, as she has 305 WTA singles ranking points to defend after reaching last year’s final against the now-retired Barty.

For someone who is struggling for form, that isn’t the best position to be in. Comparatively, Andreescu isn’t under the same pressure.

The most glaring issue for Sabalenka at the moment is her serve.

Interestingly, her first serve percentage is actually up this year–it was 58.9% in 2021–but that marginal improvement is completely negated by everything else.

Even though Andreescu had some early struggles with her serve against Niemeier and is still early in her return to action, shaking off those struggles to mark her return with a win should provide a good confidence boost for this matchup.

And with Sabalenka’s current state in mind, the 21-year-old Canadian is well worth backing to at least win a set.

Best Value Pick of the Day:

Ekaterina Alexandrova to win the first set vs. Anett Kontaveit – (+150 at BetRivers)

This is the first meeting on clay between these two players but the third overall on the WTA main tour. In 2020, they met in the round of 16 at the Ostrava Open in the Czech Republic, and last year, they met in the final of the Kremlin Cup in Moscow, Russia.

Both matches played out the same way, with underdog Alexandrova taking the first set 6-4 before favorite Kontaveit took the final two sets and the win.

Alexandrova had an excellent start to her clay-court season, making the semifinals of the Charleston Open earlier this month. In her first match in Stuttgart, she went to a tiebreaker in both sets against Shuai Zhang but prevailed 7-6 (7-5), 7-6 (8-6).

Kontaveit, meanwhile, lost the first set in her opener against Angelique Kerber but rallied to 3-6, 6-4, 6-4 against the three-time Grand Slam singles champion.

Alexandrova reached the WTA Stuttgart quarters last year, defeating #8 seed Belinda Bencic in the second round before bowing out to #2 seed Simona Halep.

She will certainly be eager to pull a similar upset in this round this year and finally get over the hump against Kontaveit, and she is certainly capable. At the very least, she is great value to follow the trend of the previous two matches and take the first set.

The 2022 French Open is underway at Stade Roland Garros in Paris, France, and we are already almost through the first week of play. Tomorrow, the remaining third-round matches will take place, after which the men’s and women’s singles draws will be down to their final 16 contenders. In both men’s and women’s singles, there END_OF_DOCUMENT_TOKEN_TO_BE_REPLACED