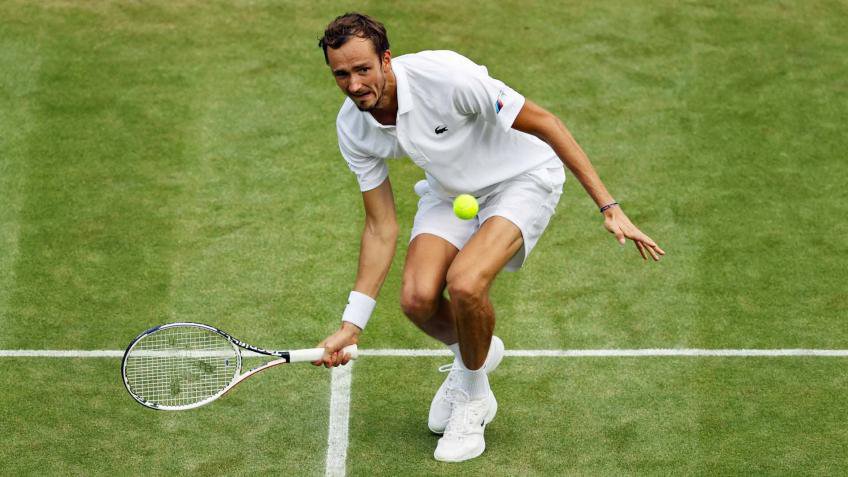 Due to Russia’s continued invasion of Ukraine, many sports and tournaments have taken the step of banning or sanctioning Russian and Belarusian athletes and teams from competing. And according to reports, Wimbledon will be next on that list.

However, Russian and Belarusian tennis players have still been allowed to compete at ATP, WTA, and ITF events as individuals but not under the flag of either country.

But while players from those countries still look set for next month’s French Open and the US Open later in late summer, they will not take part at the All England Club this year.

Yesterday, it was revealed that Wimbledon will be the first Grand Slam tournament to take the step of not allowing Russian and Belarusian players to compete.

As a result of this decision, 2021 US Open champion Daniil Medvedev, the world’s second-ranked men’s singles player, will not be at the tournament.

Also, the following singles players will be absent:

On the women’s side, several notable singles players will be barred. That list is led by Belarusians Aryna Sabalenka (#4) and two-time Australian Open champion Victoria Azarenka (#18), along with Russians Anastasia Pavlyuchenkova (#15)

Other women’s singles players on the list include the following top-50 players:

Women’s Doubles Draw Also to be Affected by Impending Bans

While no Russians or Belarusians are in the top men’s doubles teams, two top women’s doubles players are from Russia.

Kudermetova currently ranks fourth in women’s doubles and forms the top-ranked duo in the WTA Doubles Race with Elise Mertens.

What Do the Potential Bans Mean for Tournament Odds?

Medvedev is currently the second favorite to win the Wimbledon men’s singles title, behind favorite, reigning champion, and world number one Novak Djokovic.

At Wimbledon in 2021, Medvedev reached the fourth round, where he lost to Hubert Hurkacz in five sets. He lost the final two sets, but he had his best finish at the tournament.

Khachanov also had a career-best finish, reaching the quarters, where he lost to Denis Shapovalov. Also, Rublev and Ivashka both reached the fourth round, losing to Marton Fucsovics and Matteo Berrettini, respectively.

The only other Russian or Belarusian women’s singles player to make the fourth last year was Samsonova. She made the draw as a wild card and defeated Kaia Kanepi, Jessica Pegula, and Sloane Stephens before losing to Pliskova in the fourth round.

Below, we list the latest men’s and women’s singles odds for this year’s Wimbledon tournament.

Odds are as of Wednesday, April 20 and are from FanDuel Sportsbook. Only players with odds shorter than +10000 are listed, and players in bold are set to be banned.

So, two top contenders will not be there, as of now. And while neither player is on that level, Rublev (+3000) and Azarenka (+3800) are in the tier of players who could make a run.

Of course, tournament organizers could very well reverse course, so this is all subject to change. But at least for the time being, adjust your Wimbledon bets accordingly, even if sportsbooks don’t immediately remove the above players from their Wimbledon odds.

The 2022 French Open is underway at Stade Roland Garros in Paris, France, and we are already almost through the first week of play. Tomorrow, the remaining third-round matches will take place, after which the men’s and women’s singles draws will be down to their final 16 contenders. In both men’s and women’s singles, there END_OF_DOCUMENT_TOKEN_TO_BE_REPLACED