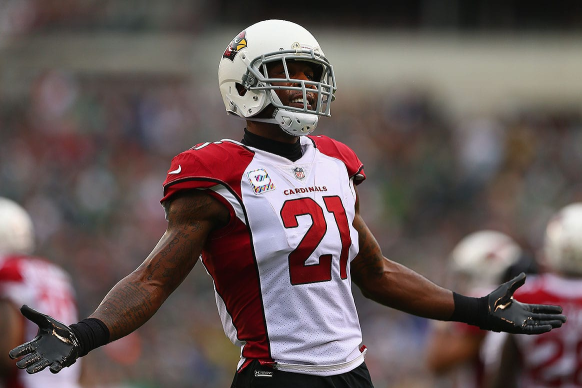 We’re now through six weeks of NFL football, and we’re getting a proper idea about just how good each team around the league is. As the Oct. 28 trade deadline comes into focus, it’s now time for those teams who want a shot at the Lombardi Trophy to make a move.

Does a surefire contender need to add depth at an injury-prone position? Is there a bubble team that could make a postseason push with the right addition? Is there a favorite with one glaring hole that the right trade would remedy?

No matter the need, the short time between now and the trade deadline gives every team around the NFL a chance to get better. And if this week is any indication, we’re in a for a blockbuster deadline this year.

The Rams jumped out ahead of the pack and addressed an issue at the defensive back position, trading away cornerback Marcus Peters before acquiring star corner Jalen Ramsey from Jacksonville in exchange for two first-round picks and a fourth-rounder.

In a single day, without any games being played, Los Angeles cut its Super Bowl odds down from 30/1 to 18/1, which shows us just how important the trade deadline can be.

So, what other big moves are waiting to be made, and which teams need to make a change the most?

While we won’t be expecting, say, the winless Dolphins to make a move that would help them on the field this year, a team like the Cowboys, who came into the season with Super Bowl aspirations and now find themselves at 3-3, is a strong candidate for a trade deadline headline.

Making a move for Houston’s Brandon Dunn, who plays nose tackle, would help Dallas’ run defense and improve the team.

So, who are the most likely teams to make a move?

Kansas City Chiefs: After an explosive season a year ago, the Chiefs entered the year as the second favorite to win the Super Bowl. Now, the Chiefs have shown some weaknesses and hold +900 odds to win the Lombardi Trophy, which is fifth and trails the likes of New England at +275.

The Chiefs have a large need in the defensive secondary, so a move for a DB on a team without much of a chance to contend makes a lot of sense. Eight-time Pro Bowler Patrick Peterson is one of the best corners in the league and doesn’t appear satisfied on a rebuilding Cardinals squad, and is a perfect fit for Kansas City.

San Francisco 49ers: We didn’t really know what to make of the 49ers at the start of the season, but we certainly do now. The undefeated Niners are in the mix after having flown up the list of odds and earning the spot just ahead of Kansas City, at +756.

Although San Francisco can count on tight end George Kittle as one of the biggest receiving threats in football, they don’t have a ton of talent at wide receiver and could help Jimmy Garoppolo with an upgrade. Keelan Cole led the Jaguars in receiving as a rookie in 2017, and Travis Benjamin has previously shown flashes as a playmaker. Either receiver would be a welcome addition.

Houston Texans: At 4-2, the Texans lead the AFC South. Deshaun Watson has been very good but has also found himself running for his life behind a leaking offensive line that’s suffered some injuries. A big upgrade at tackle would help Houston’s +2000 Super Bowl odds.

Offensive tackle Trent Williams has remained a holdout from the Redskins through the start of the season and has remarked that he won’t play for Washington again. This could be the perfect time for the Redskins to unload Williams, and Houston would be happy to have him.

Chicago Bears: The Bears are still very much in contention for the NFC North title, but Mitchell Trubisky hasn’t built on his progress from a year ago. With a defense ready to win now, an upgrade at QB would significantly improve Chicago’s +1633 odds.

Through four games, quarterback Kyle Allen has been great for Carolina with seven TDs and no picks on his way to 4-0. If the Panthers feel Allen is an upgrade from Cam Newton, dishing Newton to the Bears would make sense for all parties, and would be a trade deadline blockbuster.

There’s no shortage of big trade deadline possibilities, so we’ll have to wait and see which ones come to fruition.