Is Addition Of Ramsey A Huge Improvement Over Peters For The Rams? 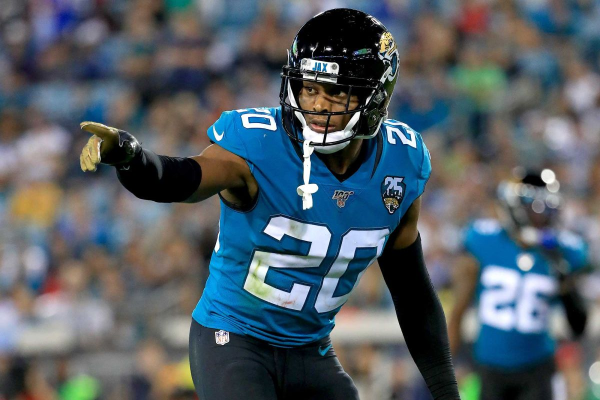 The NFL was set ablaze suddenly on a Tuesday afternoon when the Los Angeles Rams decided to overhaul their cornerback position. In exchange for a first-round draft pick in 2020 and first- and fourth-rounders in 2021, the Jacksonville Jaguars agreed to deal cornerback Jalen Ramsey to Los Angeles.

The blockbuster move came within 48 hours of the Rams dropping a third straight game to fall to 3-3 on the season before placing cornerback Aqib Talib on injured reserve and dealing cornerback Marcus Peters to the Baltimore Ravens for a fifth-round draft pick in 2020 and linebacker Kenny Young.

Ramsey, who made it clear he wanted to be traded and sat out multiple games with an unconfirmed back injury, now joins former teammates Blake Bortles and Dante Fowler in Los Angeles. The Rams appear to be stacking up on former Jacksonville draft talent, as all three of those players were taken by the Jaguars in the top five of the 2014, 2015 and 2016 drafts.

Los Angeles clearly felt a shuffle was needed at the cornerback position within a defense that hasn’t looked as dominant as it did a season ago. Yet until the Rams were without Talib and Peters, Los Angeles was never on the list of potential trade destinations for Ramsey.

At the beginning of the Ramsey trade saga, the Jaguars (+200) and Chiefs (+250) were the two favorites for where Ramsey would be after this year’s trade deadline. With odds for top potential teams then ranging from the Raiders at +600 to the 49ers at +1100, the Rams were never even on the list.

For the Rams front office and head coach Sean McVay, this was a cleansing of the cornerback position. But is Ramsey a big enough upgrade to warrant two first-rounders?

By giving up two first-round draft picks, the Rams are going all in on Jalen Ramsey. And remember, the defending NFC Champs are just 3-3 right now while playing in a tough division that includes the undefeated 49ers and the 5-1 Seahawks.

So, it’s worth noting that those two first-rounders could become far more valuable than Los Angeles would have expected coming off a year in which it reached the Super Bowl.

With that in mind, is Ramsey worth it when Peters already occupied the defensive backfield for Los Angeles?

While more casual fans will know Ramsey’s name, Peters is an All-Pro and two-time Pro Bowler at the position. In his three years with Kansas City, Peters notched two pick-sixes, racked up 19 interceptions, and deflected another 55 passes.

And although Peters never returned to his All-Pro form after being traded to Los Angeles, the young cornerback is just 26 years old and should have several years left in the tank.

Ramsey, who will be seeking a new deal in the offseason, will land a huge deal from Los Angeles in addition to the large price the franchise already paid to get him in a Rams jersey. However, the star cornerback is just 24 years old and is widely regarded as one of the best defenders in the league.

Since coming into the NFL in 2016, Ramsey has also been an All-Pro and a two-time Pro Bowler. In three full seasons with Jacksonville, Ramsey earned nine interceptions, one touchdown, and 44 pass defenses.

The big difference between Ramsey and Peters is that Ramsey figures to currently be in the prime of his career, but will it be enough to save the Rams’ season?

Will Ramsey Save The Rams?

A single player normally doesn’t have a great impact on a team’s odds to win a conference or the Super Bowl, especially when that player is replacing another good player at the same position. Yet there’s nothing normal about Ramsey.

The former Jaguars difference-maker will now suit up for Los Angeles, and according to the odds, he’ll be a huge improvement to the defense.

There aren’t many non-quarterbacks in the NFL who could have an impact like that. So, while the cost for Ramsey is great for the future of the Rams, it appears to be worth the upgrade right now.