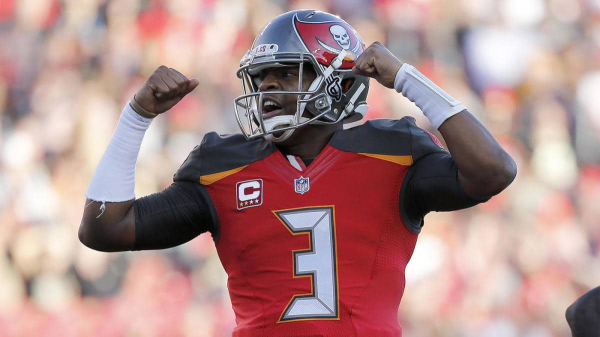 Week 3 of the NFL preseason continues on Friday as the Cleveland Browns (2-0 in the preseason) travel to Raymond James Stadium to take on the Tampa Bay Buccaneers (1-1 in the preseason). The Browns are coming off of a 21-18 win over the Indianapolis Colts in Week 2, while the Buccaneers got their first win of the preseason, beating the Miami Dolphins 16-14.

Week 3 is historically when the first-teamers get a decent amount of reps, but in a day and age where teams want to risk injury less and less, it will be interesting to see just how much they play. Kickoff for this one is scheduled for 7:30 pm ET.

For the Browns, camp has been exuding with confidence, and their 2-0 start has done nothing to minimize that. With Odell Beckham Jr. at wide receiver, this team looks to have a dynamic offense, one that is capable of winning any game. Throw on top of that an improving defense led by Myles Garrett, and Browns’ fans might just have something to root for this year after all.

For Tampa Bay, new coach Bruce Arians is looking to take a team that had a disappointing 2018 and turn them back into a contender. With Jameis Winston at the helm, it is certainly possible, but with the likes of the Saints and the Falcons in their division, it certainly won’t be easy.

The point spread for this one currently sits with the Cleveland Browns being three-point favorites despite playing at on the road. The over/under on total points scored is set at 42.5 points.

After years of being the joke of the league, the Cleveland Browns are hoping that this is finally their year. It has been a long time since they have had a franchise quarterback, but that is exactly what it appears they have in Baker Mayfield. Last season, Mayfield was 310 for 486 for 3,725 yards, 27 touchdowns, and 14 interceptions. He also rushed 39 times for 131 yards.

Speaking of rushing, Nick Chubb showed his worth last year, rushing 192 times for 996 yards and eight touchdowns. Add Kareem Hunt into the mix after he misses the first eight games of the season serving a suspension, and the running game could be lethal. Throw in Odell Beckham Jr. and Jarvis Landry, and this offense could be downright scary.

Any time that you have the likes of Drew Brees and Matt Ryan in your division, it is never going to be an easy task to win. Still, Jameis Winston is hoping to prove the naysayers wrong and show why many people liked the Buccaneers at this same time last year. Last season, Winston was 244 for 378 for 2,992 yards, 19 touchdowns, and 14 interceptions. Due to inconsistency and injuries, Ryan Fitzpatrick got a share of the snaps last year, but Winston is hoping that this season, it will be him leading the charge.

While some uncertainty surrounds the skill positions in Tampa Bay, one player who has always exceeded expectations is Mike Evans. Last year, Evans reined in 86 receptions for 1,524 yards and eight touchdowns. Unfortunately, due to an injury, Evans will sit out this week, but the Buccaneers are hoping for another dominant performance out of him during the regular season.

I must admit that I am pretty bullish on the Browns this year. Are they Super Bowl contenders? Probably not. However, I do think they are going to take significant steps forward and could contend for a playoff spot. Their offense seems loaded, and the defense should be pretty good. Even though Mayfield and company may only get a few series, I still like their chances against the Buccaneers. For my money, I am taking the Browns at -3.