Beckham Jr. Has Hip Injury; Should Bettors Be Cautious With Future Bets On Browns? 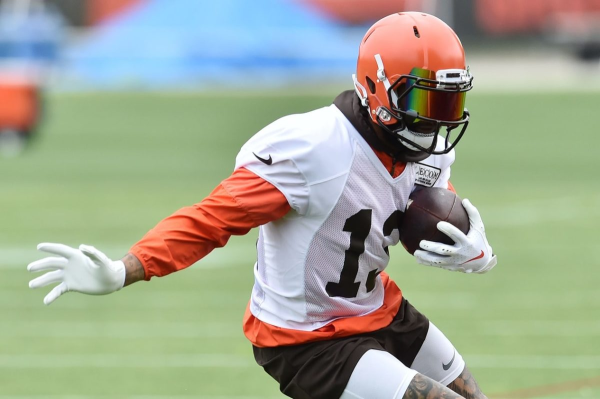 We’re only 21 days away from the start of the NFL season, and Odell Beckham Jr. is already having a tough time staying healthy, dealing with a hip injury. Since entering the league back in 2014, Beckham has been forced to miss 21 games in just five seasons.

The Cleveland Browns are one of the most improved and exciting teams entering the 2019 season, but placing a future bet on the team is a risky play considering they are extremely unproven. Now with the news of Beckham facing injury trouble, this becomes even more of a risk.

The star-studded receiver was easily their biggest addition in the offseason, and without him, the receiving corps will look to duplicate their mediocre numbers from last season. Now, the injury doesn’t seem to be one that will keep him out of the start of the season, but we all know how that can go in the NFL.

The Browns currently sit with 12/1 odds to win the Super Bowl. Look for that number to drop if Beckham’s injury causes him to miss any regular-season games. Now if he recovers and starts the season healthy, the Browns aren’t the worst future bet to win it all but definitely aren’t a safe pick.

When it comes to the AFC North, the Browns currently have 7/5 odds to win the division. Considering they haven’t won a division title since 1989, this number is relatively deceiving.

Just How Bad Have The Browns Been In Recent History?

For a team that hasn’t won a division title since 1989 and has never made an appearance in the Super Bowl, the Browns aren’t your best choice to win either. Of course, they have made vast improvements in the offseason, but you should expect these additions to look better on paper than they do on the field.

No one knows how well the Browns will actually play this season, but you should definitely take extreme caution when placing any future bets on the team. The team will need time, maybe even a couple of years, to build chemistry and really be a threat to make a run.

It’s easy to see the addition of one of the best wide-outs in the game and think that it will put the team over the top, but a No. 1 receiver doesn’t make a team, especially not one that has had a lot of trouble staying healthy. Missing 21 games in five seasons is nothing to look past.

Let’s not forget that the Browns haven’t had a winning season since 2007 and went 0-17 in the 2017 season. They stepped it up in 2018 but still fell short of a winning season with a 7-8-1 record. It wouldn’t be a surprise to see that number rise once again, but don’t count on them putting up more than nine wins.

Making any bets that favor a promising future for the Browns obviously comes with a huge risk. That risk has become even larger with Odell Beckham Jr. landing himself on the injury report. If you’re itching to place a wager on the Browns, it’s highly suggested you wait it out and see how well they perform in their first couple games of the regular season.

Maybe Cleveland will surprise us all and rack up a 12+ win season. You honestly never know in an unpredictable league like the NFL. With that being said, there are many other teams that will present you with more security within the available future bets.