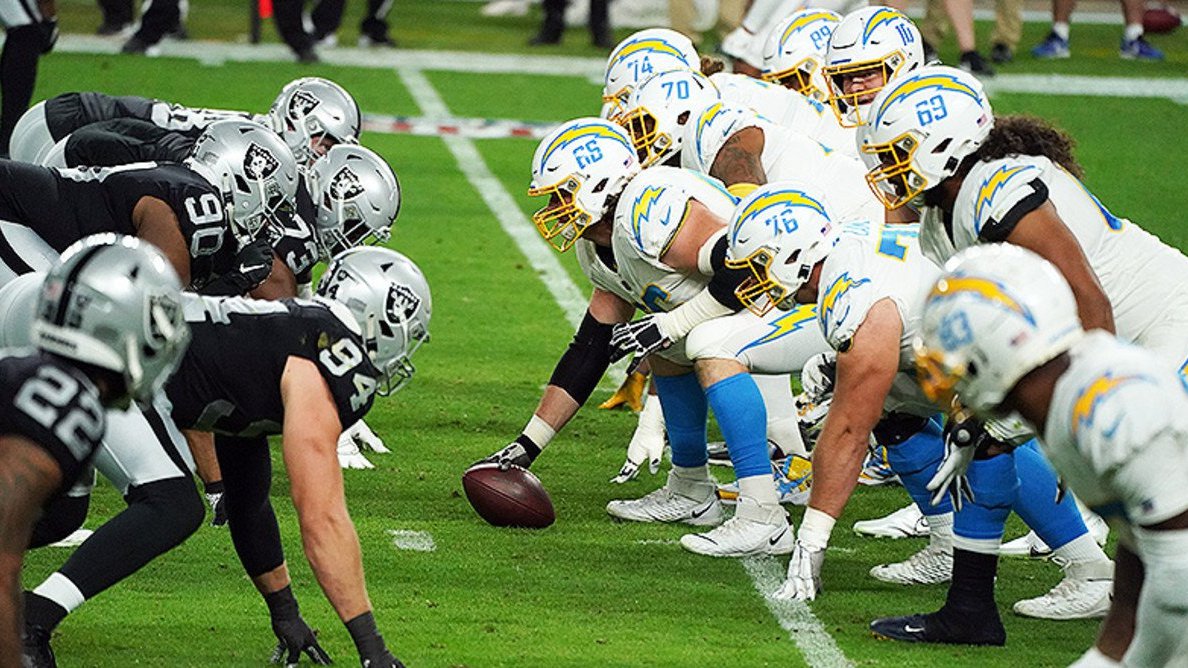 The AFC West is loaded this season, and we get to see two of the teams face off against each other in the first week of the season. The Las Vegas Raiders will travel to Los Angeles to face off against the Chargers.

The Raiders were one of the two teams from the AFC West to make the playoffs last season. With a 10-7 record, they made it into the Wild Card round. They had a quick exit, as Cincinnati knocked them out for their first playoff win in 31 years.

The Chargers were a field goal away from the playoffs. In their Week 18 game against the Raiders last year, they needed the game to finish in a tie once it got to overtime. Unfortunately for them, the Raiders kicked a field goal as time expired in the extra session, and they missed out on the postseason.

According to FanDuel, the Chargers are 3.5 point favorites on Sunday. However, with the addition of DaVante Adams for the Raiders, it will be a good matchup for Derek Carr and the Raiders’ offense.

Last season, the Chargers were not lighting it up in the major defensive categories. They were ranked 29th in total defense, and they gave up a lot of points (tied for 22nd in the NFL).

They were especially bad against the run. They allowed the 3rd most rushing yards in the league and the 4th most touchdowns on the ground.

The one thing they weren’t at the bottom of the NFL in was defending the deep pass. They were 12th in the NFL against the pass, but they were still giving up touchdowns through the air.

When a team is dead last in 3rd down percentage, that means they are not getting teams off the field quick enough. The Chargers were in that sad position in 2021. With the Raiders improving their offense this offseason, they will need major improvement.

The Raiders were the 6th best team in the offensive passing game last season, and that was without DaVante Adams on the team. The sky's the ceiling for that offense, and the Chargers are going to have to learn to defend all 3 other AFC West passing attacks.

I see Los Angeles wearing themselves out quickly in a game like this. It could be a shootout with two prolific passing games. Defense will be at a premium, and the Over is definitely in play this weekend.

I see a shootout with two Top 5 passing offenses facing off against each other. Both teams struggled against the deeper passing game last season, so there is an added element of big plays in the air.

Lots of people see a major improvement to both defenses, and I just don’t see it happening in Week 1. It might come into play later on in the year, but with a close race in the AFC West, this game should be wild.

Take the Over if you are looking to bet, as it is considered the best value bet of the two. Expect DaVante Adams to have an immediate impact in Week 1, as Derek Carr will have a field day against a struggling secondary for the Chargers.