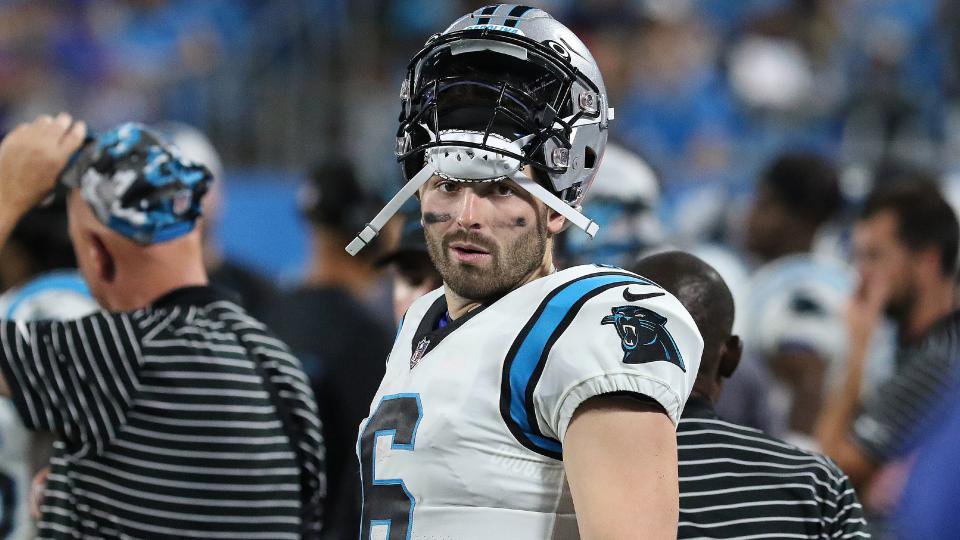 The Cleveland Browns will travel to Carolina to face the Panthers in Week 1 of the NFL regular season. There are plenty of storylines to cover in this game, including Baker Mayfield’s first start as a Panther.

Last season, the Browns finished 3rd in the AFC North with a record of 8-9. They were far from where they need to be, as the offensive line struggled, and their passing game was one of the worst in the NFL.

The Panthers finished 2021 in a bad way. they lost their last 7 games to finish with a record of 5-12. Christian McCaffrey struggled with injuries again, and Sam Darnold only managed to get the team to 29th best in the passing game.

Both teams will need a spark to begin the 2022 season. The Panthers are favored at home, but only slightly. According to FanDuel, Carolina is a 2.5 point favorite with Mayfield at the helm.

Mayfield and His New Team

Baker Mayfield will make his first start as a Carolina Panther. The best part for him is that it comes against his former team in Week 1.

Mayfield was a late acquisition to the Panthers organization prior to the preseason. With Sam Darnold having struggled last season, Carolina jumped on the opportunity to bring the 2018 #1 draft pick on board.

Carolina has high hopes for the season, as Christian McCaffrey is healthy once again, and they can get back to their normal style of offense. Mayfield should feast in this style, as for the most part, it runs through the running game and screens.

The Panthers still had the 20th ranked rush offense in the NFL last season, and that was without McCaffrey for most of the season. Mayfield will hopefully boost a passing game that did not help the team to get out of their rut late in the year.

They have a fairly easy test in Week 1, as the Browns were middle of the pack defensively in 2021. Cleveland also hasn’t named a Week 1 starter at quarterback after they picked up second-year QB Kellen Mond from the Vikings.

With all of the questions surrounding how the Browns will handle their QB situation without Deshaun Watson, they will struggle to find consistency in their offensive play calling.

Carolina has a tough schedule this season, but they need to take care of business in the games they are favored. Week 1 is no exception, and Mayfield has no competition after Sam Darnold went down with an injury in the preseason.

Browns vs. Panthers Picks: Panthers -2.5 (-110 at BetRivers and Caesars Sportsbook)

There are too many issues with Cleveland to safely place any bets on them early in the season. Until they prove they have things under control, they will continue to be the underdogs.

The Panthers have value on the moneyline and the spread this week. I believe they cover with Baker Mayfield and Christian McCaffrey healthy at home.

Expect a lower scoring game, as both teams will try to establish the running game early. As the game progresses, I expect Carolina to take more shots down the field. For Cleveland, they may have to rely on the run the entire length of the game.