Patriots vs. Dolphins Predictions, Odds & Picks for Week 1: Will Tua Lead the Phins to Victory? 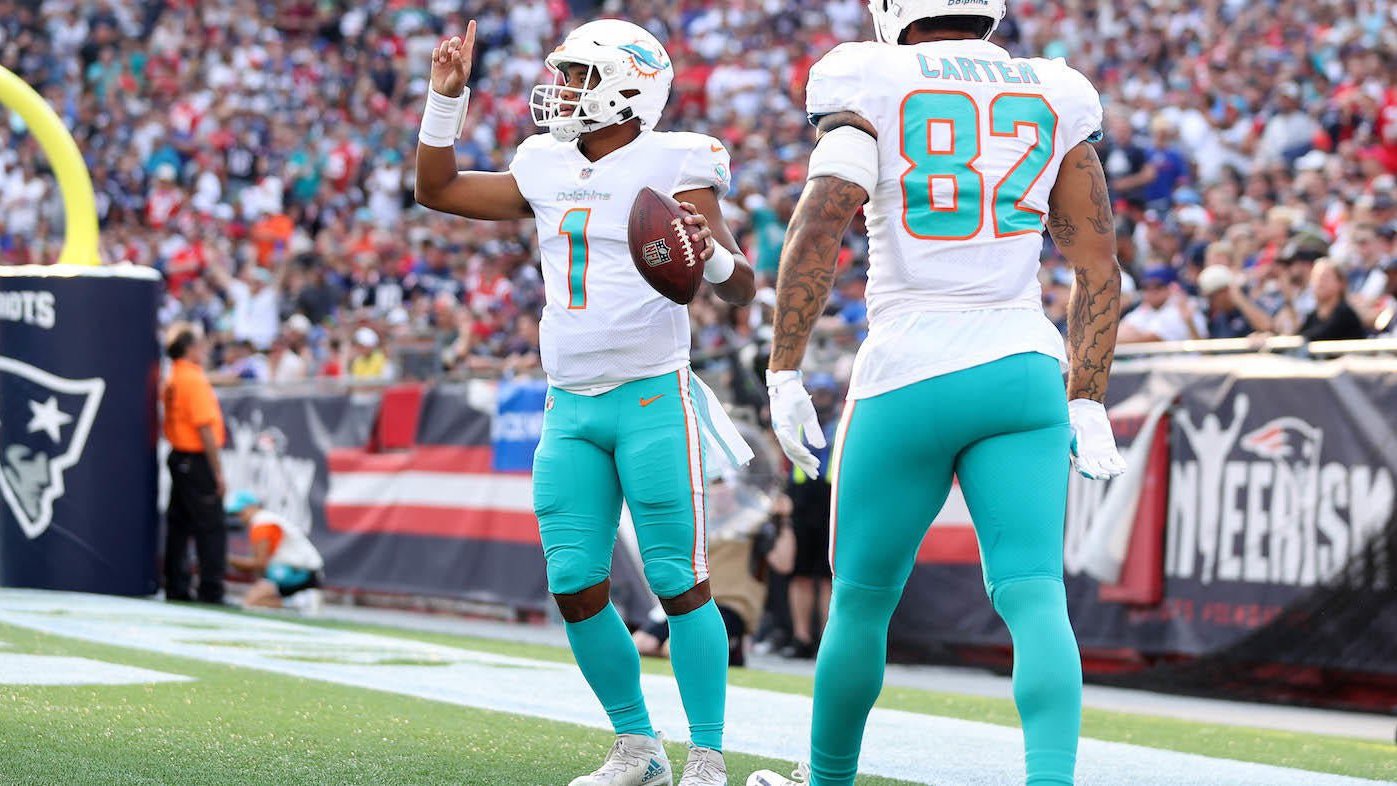 The New England Patriots and Miami Dolphins will begin their seasons with a divisional rivalry against each other in South Florida. The Dolphins swept the Patriots last season, and they will try to make it 4 wins in a row over New England.

The Dolphins ended the 2021 season without a playoff appearance and a 9-8 record. Even though they missed the postseason, starting quarterback Tua Tagovailoa, showed great growth, and the Phins have high expectations for 2022.

The Patriots did make the playoffs at 10-7, but were blown out at Buffalo in the Wild Card round. Mac Jones will be starting his second season with the team, and his growth will be crucial to the success of the offense.

The Dolphins have a slight edge in the odds, according to FanDuel. Miami went 6-3 at home last season, so they will want to keep that hot play alive in front of the South Florida faithful.

Is This Tua’s Last Chance at QB?

The Miami Dolphins were ranked right in the middle of the entire NFL field in 2021 as far as passing is concerned. Tua passed for 2,653 yards and 16 touchdowns. However, he also had 10 interceptions that hurt the team in big games.

The mobile quarterback was not as agile as he could have been, only rushing for 128 yards in 2021. He did punch the ball into the end zone 3 times on the ground, but also fumbled 3 times.

Is this the last chance for Tua to prove he belongs in an NFL starting quarterback role? Let’s not jump to conclusions.

The Dolphins were just outside of the playoffs last season, and they have improved their roster for 2022. Tyreek Hill and Jaylen Waddle will lead the passing attack, while Raheem Mostert and Myles Gaskin will have most of the ground work.

I see the Dolphins as a true wild card this season. They could easily go 6-11 and struggle against their division. However, they could also go 11-6 and clinch a spot in the playoffs.

It all depends on the growth of their quarterback this season. As the year progresses, we should see signs of life from the lefty. We could even see changes Week 1.

This may not be Tua’s last chance, but he will certainly need to lead, as this offense looks a lot more dynamic than it did a year ago. Speed will be a factor, and more passing yards may be needed in order for it to take full effect.

I see this being one of the more competitive Week 1 matchups. Division rivals always tend to play games closer, and that makes for better betting value.

Because the game is set to be close, be careful with the spread. I have the Dolphins at home, but only by a field goal or so. The best bet is to take the Dolphins straight up.

Can the Phins win their 4th straight game against the Pats? It would be the first 4 game winning streak against New England since they won their 5th straight in 2001.