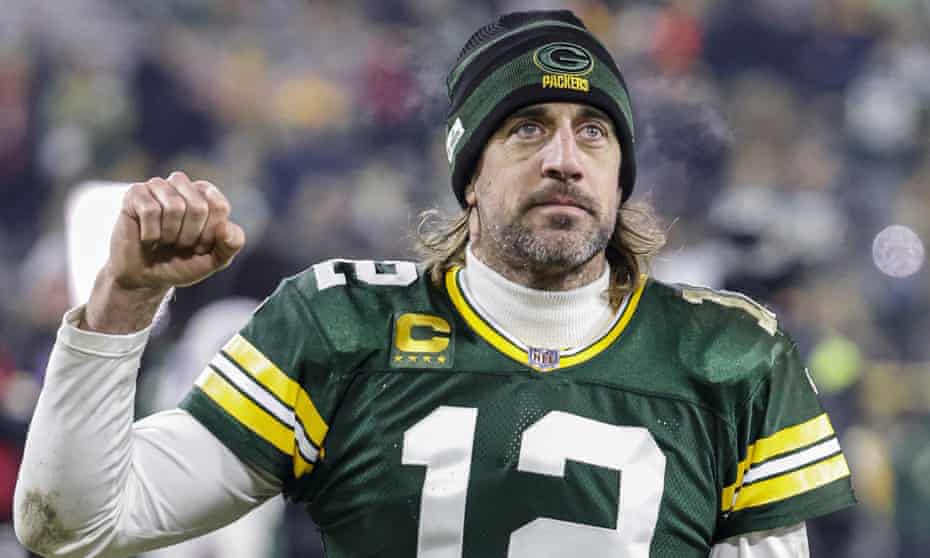 The 2022 NFL season begins in just about a month, bringing live football to fans for the first time in months. Though watching the games and finding out who wins the Super Bowl is a thrill, so is following the 2022 NFL MVP race to see who’s named this year’s Most Valuable Player.

Last year, Green Bay Packers quarterback Aaron Rodgers was named NFL MVP for the fourth time in his career. The 38-year-old gunslinger completed 366 passes over 16 games for 4,115 yards and 37 touchdowns to seven interceptions, taking home the award for the second time in as many years.

While Rodgers could potentially win his third consecutive MVP trophy, he still has some pretty stiff competition. Fortunately, FanDuel Sportsbook’s latest odds help shed some light on who the Most Valuable Player could be.

Buffalo Bills QB Josh Allen opens as FanDuel’s odds-on favorite to be named 2022 NFL MVP at +700 odds. It shouldn’t come as much of a surprise considering that the Firebaugh, CA native has quickly become one of the league’s best passers.

Allen is the focal point of a high-flying Bills offense that helped him yield 4,407 passing yards and 36 touchdowns to 15 interceptions over 17 games last year. He also rushed the ball 122 times for a career-high 763 rushing yards and another six TDs.

With a receiving group made up of the likes of Stefon Diggs, Gabriel Davis, Dawson Knox and Jamison Crowder, it’s hard not to like Allen’s MVP odds The fact that he's one of the best rushing QBs in the league only solidifies him as one of the award’s top contenders.

After finishing second in MVP voting just two seasons ago, it’s time for Allen to prove that he can finally add the trophy to his cabinet.

Another threat to become the 2022 NFL MVP is Patrick Mahomes, who won the award as a sophomore back in 2018. Nevertheless, the Kansas City Chiefs tend to be one of the AFC’s top teams, giving the 26-year-old another crack at winning the gold.

Mahomes threw for 4,839 passing yards, 37 TDs and 13 interceptions on 658 attempts last year. While those numbers are great, won't be as easy now that the talented signal-caller no longer has All-Pro wideout Tyreek Hill at his disposal.

The good news is that the Chiefs have gone on and added veteran WRs like JuJu Smith-Schuster and Marquez Valdes-Scantling, as well as rookie pass-catcher Skyy Moore. Plus, Travis Kelce is still one of the best tight ends alive and that won’t change this fall.

If Mahomes can achieve similar numbers without Hill, that would definitely grab the league’s attention, likely keeping him in the MVP mix throughout the year.

Every year, fans ask if this is the season where Tom Brady finally falls out. And every year, the Tampa Bay Buccaneers QB winds up erasing everyone’s doubts.

Brady is tied with Mahomes for the second-best 2022 NFL MVP odds after pacing the league in completions (485), passing yards (5,316) and touchdowns (43) in 2021. The then-44-year-old ended up finishing as the runner-up to Rodgers in MVP voting.

The Buccaneers have given Brady one of the best groups of weapons he’s ever had this year. As long as he continues to avoid any major drop-offs, he should do plenty of damage with the group around him.

If Brady is successful in his MVP, he’d become the oldest player to win the award since… Brady did it in 2017 at 40 years old. Maybe one day Father Time will win, but it may not be this year.

After a tremendous rookie year, some people wondered if Justin Herbert would face the dreaded sophomore slump in 2021. Instead, the Los Angeles Chargers QB improved over his previous stats, throwing for over 5,000 yards and 38 TDs to 15 INTs in 17 games.

The Chargers improved their defense this offseason, which should take some pressure off Herbert’s shoulders. He can now focus on offense rather than needing to play hero ball.

The AFC West will be one of the toughest divisions this year. Each team is a threat to win the Super Bowl and if Herbert can somehow lead his team to finish at the top, he should receive some serious 2022 NFL MVP consideration.

Given that he has players like Keenan Allen, Austin Ekeler, Mike Williams and Gerald Everett to pass to, it’d be far from shocking if Herbert took another major step forward this fall.

Rounding out the top-five 2022 NFL MVP candidates is none other than Rodgers. Ironically, fellow Packers great Brett Favre is the only player in league history to have won the award three straight times (1995 to 1997), meaning Rodgers has the opportunity to join some elite company.

Plus, his fifth MVP victory would tie Peyton Manning for the most wins of all time.

Having said that, Rodgers doesn’t have the luxury of throwing the ball to Davante Adams anymore. Instead, the Packers are counting on rookie WR Christian Watson, as well as veterans Allen Lazard and Sammy Watkins, to fill the void.

Even if things don’t look as promising, you can’t count Rodgers out just yet. He’s won back-to-back NFL MVP awards for a reason and will give it his all to make history this season once again.