Super Bowl 57 Odds: Bills Favored Over the Chiefs, Eagles Ahead of Week 5 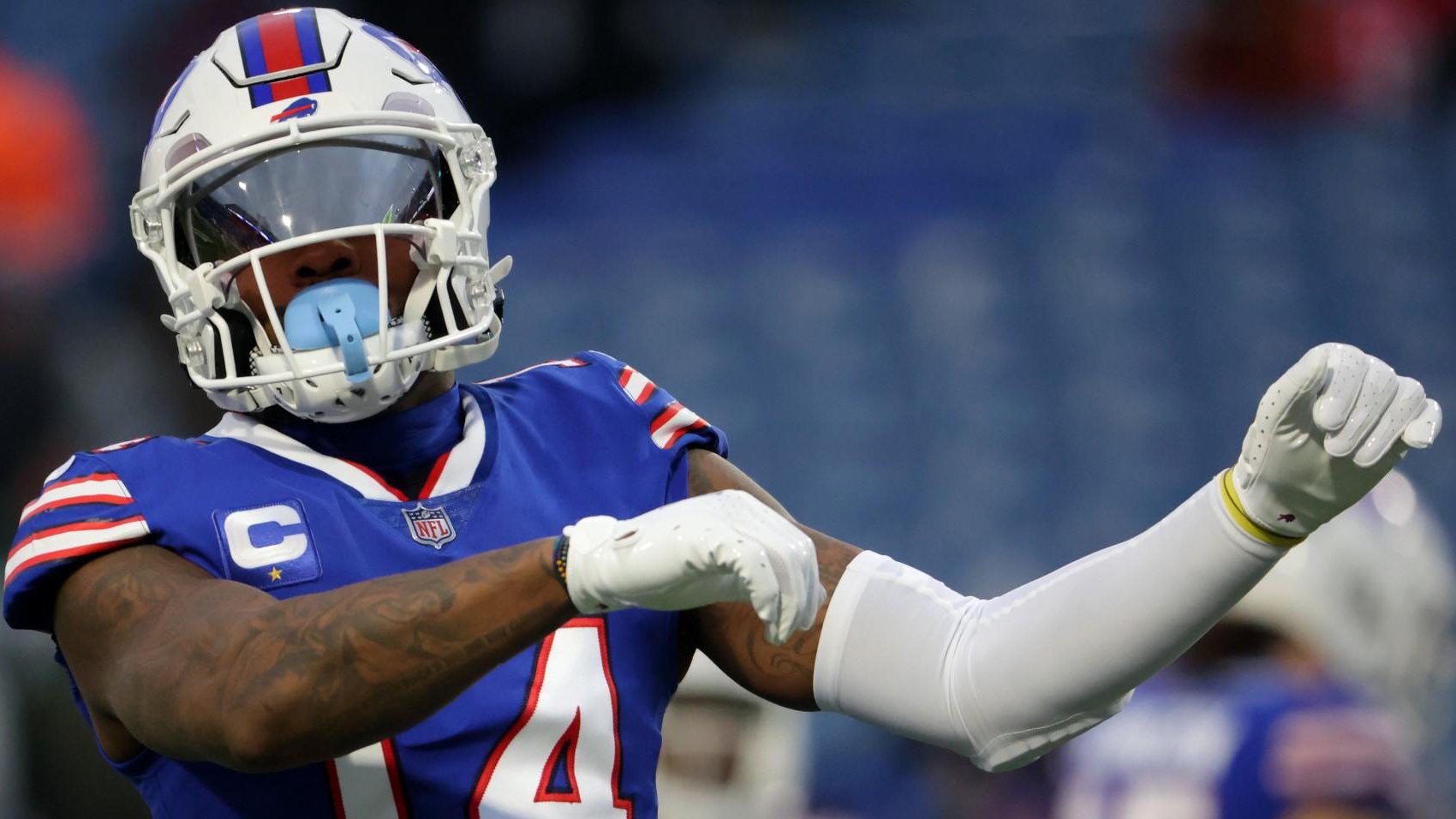 It’s hard to fathom that we’ve already reached Week 5 of the 2022 NFL season. Several teams already stand out above the rest as potential Super Bowl 57 contenders nearly a third into the season, while others don’t seem to have what it takes to get the job done.

Teams like the Kansas City Chiefs, Buffalo Bills and Philadelphia Eagles lead the pack thanks to their impressive play, while others like the Indianapolis Colts and Denver Broncos don’t look nearly as good as they did on paper during the offseason.

Even though we’re nearly a full month into the 2022 season, it’s never too early to look at the Super Bowl betting odds.

Here are the Super Bowl 57 odds heading into Week 5, courtesy of FanDuel Sportsbook.

Who Are the Favorites to Win Super Bowl 57?

The Buffalo Bills were viewed as the +650 Super Bowl 57 favorites back in July and the only thing that’s changed is that their odds have gotten better.

The Bills have been one of the most dominant teams on both sides of the ball to start the 2022 NFL season. Not only are they scoring 28.5 points per game through four weeks (fifth-best), but they’re also surrendering only 14.5 PPG (second-best).

Unsurprisingly, quarterback Josh Allen has been a huge factor behind Buffalo’s success. The 26-year-old gunslinger has already racked up 1,227 passing yards, 10 touchdowns to three interceptions and a league-leading 113 completions. On top of that, he also has 30 carries for 183 rushing yards and another two TDs.

If his pace continues, Allen is projected to set career-highs in touchdown passes with 43 and passing yards with 5,216.

It certainly helps that Allen’s weapons have lived up to expectations too. Wideout Stefon Diggs has surged with 406 receiving yards and four TDs so far, while Isaiah McKenzie has found the end zone three times already.

There have also been some huge performances on defense as well. Sophomore defensive end Gregory Rousseau has already matched last season’s sack total with four to start the year. Free-agent acquisition Von Miller has also lived up to the hype, sitting second on the Bills with three sacks.

It’s a small sample size, but the Bills certainly look like contenders. If they can keep up their recipe to success throughout the remainder of the season, it won’t be shocking if they continue being one of the top picks to win Super Bowl 57.

Like the Bills, the Kansas City Chiefs were one of the top Super Bowl LVII picks back during the summer. Their odds have also improved since then, climbing from +950 — which was third-best at the time — to +700 after a 3-1 start to the campaign.

Some thought that QB Patrick Mahomes would falter without No. 1 WR Tyreek Hill, but that hasn’t been the case. Has he missed his former go-to weapon? Absolutely, but Mahomes has still managed a way to average 276.4 passing yards per game. Furthermore, he leads the NFL with 11 touchdown passes.

While there’s no denying Kansas City’s offensive potential, the defense is another story. Poor defensive showings led to the Chiefs’ downfall last season and even though offseason improvements were made, the results haven’t been there.

The Chiefs are giving up 24.0 PPG, tied for the 12th-worst clip in the league. They’ve surrendered at least 20 points through each of their first four games, including 31 to the Tampa Bay Buccaneers in Week 4.

Clearly, the offense has led to the Chiefs winning more often than they lost so far, but how sustainable is that? Mahomes is incredible, but Kansas City bet on its offense last year and ended up failing because the team couldn’t keep the ball out of their end zone.

While the Chiefs are definitely a Super Bowl 57 contender, their defense needs to be better for the remainder of the campaign.

The Philadelphia Eagles have been one of the biggest surprises of the 2022 season. After all, they had +3000 odds to win a championship four months ago. While expected they’d be better after general manager Howie Roseman’s offseason moves, few expected them to be one of the NFL’s top teams.

WR A.J. Brown’s arrival couldn’t have gone any better. The former Mississippi product has already caught 25 balls thrown his way, turning those opportunities into 404 receiving yards and a touchdown.

Even running back Miles Sanders has played above expectations. He’s already averaging a career-high 89 rushing yards per game and has scored three TDs on the ground — something he didn’t even do once in 2021.

According to Tankathon, the Eagles have the seventh-easiest remaining schedule in the NFC. Philadelphia must capitalize on that fact and build even more momentum as the playoffs near. If they can take advantage of their favorable schedule, the Eagles should remain Super Bowl 57 contenders.