2022 NFL Offensive Player of the Year Odds: Can Kupp Win 2 Years in a Row? 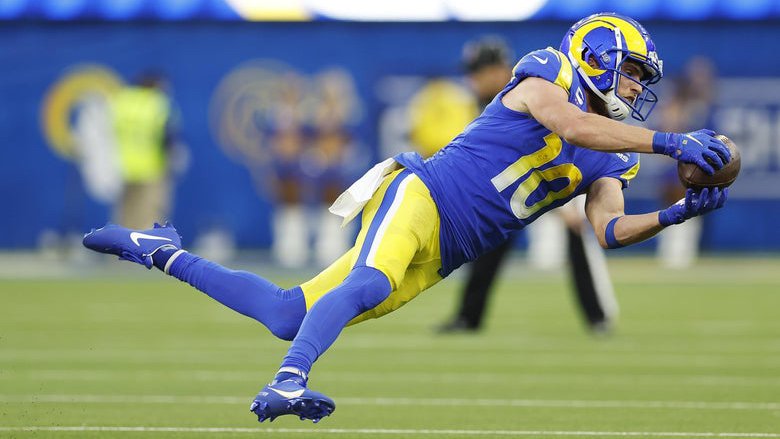 It’s going to take a lot for anybody — even Kupp himself — to come close to those stats in 2022. Nevertheless, there are several extremely talented players who’ll make a compelling case to take him the hardware.

Here’s a look at the latest 2022 NFL Offensive Player of the Year odds, courtesy of PointsBet.

Odds are via PointsBet.

There have only been two instances in NFL history when someone has been named Offensive Player of the Year multiple seasons in a row. Earl Campbell when three straight from 1978 to 1980, as did Marshall Faulk from 1999 to 2001.

Fast forward to this year and there’s a good chance of Cooper Kupp being named Offensive Player of the Year once again.

For starters, the Rams are fresh off of their Super Bowl LVI victory and are poised to be a championship contender once again in the 2022 NFL season. They currently have the fourth-best odds (+1200) on FanDuel Sportsbook to win Super Bowl LVII next February.

In order to live up to that hype, the Rams’ offense needs to be where it was at last season (27.0 PPG, No. 6), which means Kupp will be counted on to be a top contributor once again.

Kupp is in the prime of his career and just had one of the top receiving seasons in NFL history. While his aforementioned stats are impressive, so is the fact that he recorded at least 100 yards in 13 of the 21 games (regular season + playoffs) in 2021. He actually averaged 114.5 receiving yards per game in the regular season.

Matthew Stafford has one of the best arms in the league and will look to Kupp often, especially now that Robert Woods has left the WR room. Allen Robinson has since taken his spot, but the majority of targets should be heading Kupp’s way.

At the end of the day, elite players on elite teams produce. That’s exactly what Kupp is. Even when opponents know he’s coming, he still puts up big numbers, which is why he’s a great pick to be named the 2022 NFL Offensive Player of the Year.

Although Kupp is a favorite to be named the 2022 NFL OPOY, some bettors might be looking to get a bit more value out of their pick. That’s why Kansas City Chiefs tight end Travis Kelce is an option worth looking into.

Forget about TEs, Kelce has been one of the pass-catchers in the league throughout his career. Since becoming a starter in 2014, he ranks third among all players in receptions (704), fourth in receiving yards (9,006) and fifth in receiving TDs (57).

Now, Kelce could be due for an uptick in targets after the Chiefs traded WR Tyreek Hill to the Miami Dolphins this offseason.

They’ve gone out and added veterans in JuJu Smith-Schuster and Marquez Valdes-Scantling, and even rookies Skyy Moore and Justyn Ross, but it remains to be seen if any of them has a connection with Patrick Mahomes like Kelce does.