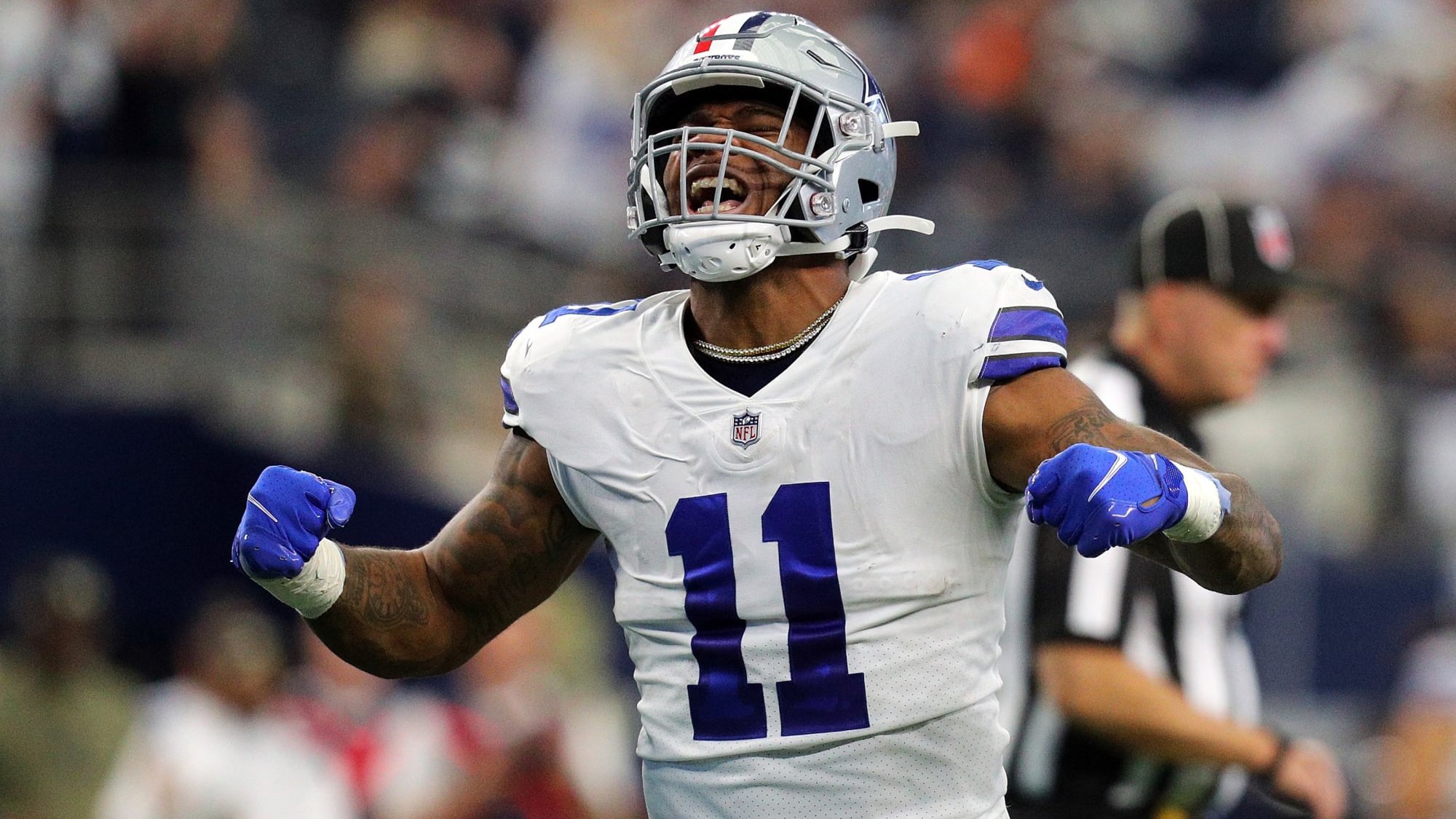 Last year, Pittsburgh Steelers linebacker T.J. Watt took home Defensive Player of the Year honors after finishing the 2021 campaign with 64 tackles and an NFL-record 22.5 sacks, along with a league-leading 39 quarterback hits and 21 tackles for a loss.

As great as Watt was, though, he isn’t favored to win the award again this year. Instead, that honor goes to Cleveland Browns defensive end Myles Garrett, who’s been one of the league’s top defenders ever since he entered the league.

Nevertheless, anything can change before the 2022 NFL season begins. In the meantime, the odds listed below are via FanDuel Sportsbook, but all of our recommended sportsbooks offer 2022 NFL Defensive Player of the Year odds.

Although Garrett is the favorite to be named 2022 NFL Defensive Player of the Year, I’m actually going with the Dallas Cowboys’ Micah Parsons as the best bet instead.

The 12th overall pick in the 2021 draft, Parsons entered the league as dominant as he was at Penn State. It didn’t take long for him to grow comfortable in the NFL, making dominant defensive plays as early as his first game.

Parsons finished the campaign as the 2021 NFL Defensive Rookie of the Year, tallying a total of 84 tackles, 13.0 sacks, 30 quarterback hits and 20 tackles for a loss. He was also named to the Pro Bowl and even earned first-team All-Pro honors.

Nevertheless, one thing that sometimes goes under the radar is the fact that Parsons actually finished second to Watt in DPOY voting, which goes to show how impressive he was as a 22-year-old. If it wasn’t for the latter breaking records, Parsons could’ve easily been the Defensive Player of the Year.

The Harrisburg, PA native now enters the 2022 NFL season with some extra experience under his belt. The Cowboys have their sights set on another NFC East crown and potentially more, leaving them to count on him to continue his dominance.

Parsons still has room for improvement with much to learn as his career progresses. However, the fact that he was a DPOY finalist in just his first season shows how high his ceiling might be.

As long as he stays healthy and continues his steady playing time (84% of defensive snaps in 2021), Parsons should be in the 2022 NFL Defensive Player of the Year race until the end.

Any bettors looking for more value with their NFL Defensive Player of the Year pick should consider going with Minnesota Vikings defensive end Danielle Hunter at +3500 odds.

Hunter has been an absolute sack machine throughout his six-year career, racking up double-digit totals in three of the last five seasons. In fact, the 27-year-old’s 54.5 sacks since the start of the 2016 NFL season rank 10th-most league-wide.

Unfortunately, the St. Catherine, Jamaica native couldn’t build upon that performance in either of the following seasons. A herniated disc in his neck forced him to miss the entire 2020 season, while a torn pectoral muscle held him to seven games played in 2021.

Having said that, Hunter looked promising in his playing time last season. He was on pace for 14.5 sacks once again as well as a career-high 91 tackles. Considering how his latest injury wasn’t related at all to his neck issue, the chances of him bouncing back are looking good.

Two-time Super Bowl champion Ed Donatell is now Minnesota’s defensive coordinator and should have some helpful tips on how to further improve Hunter’s game. Assuming it works, it could be a massive bounce-back season for the talented defender.

It remains to be seen how Hunter will look on the field, but the truth is that he has the potential to be one of the NFL’s top defenders in 2022. It’s wise to hop on his favorable odds right now before they improve after the season begins.