2022 NFL Draft: Who Will Be the First Offensive Lineman Drafted? 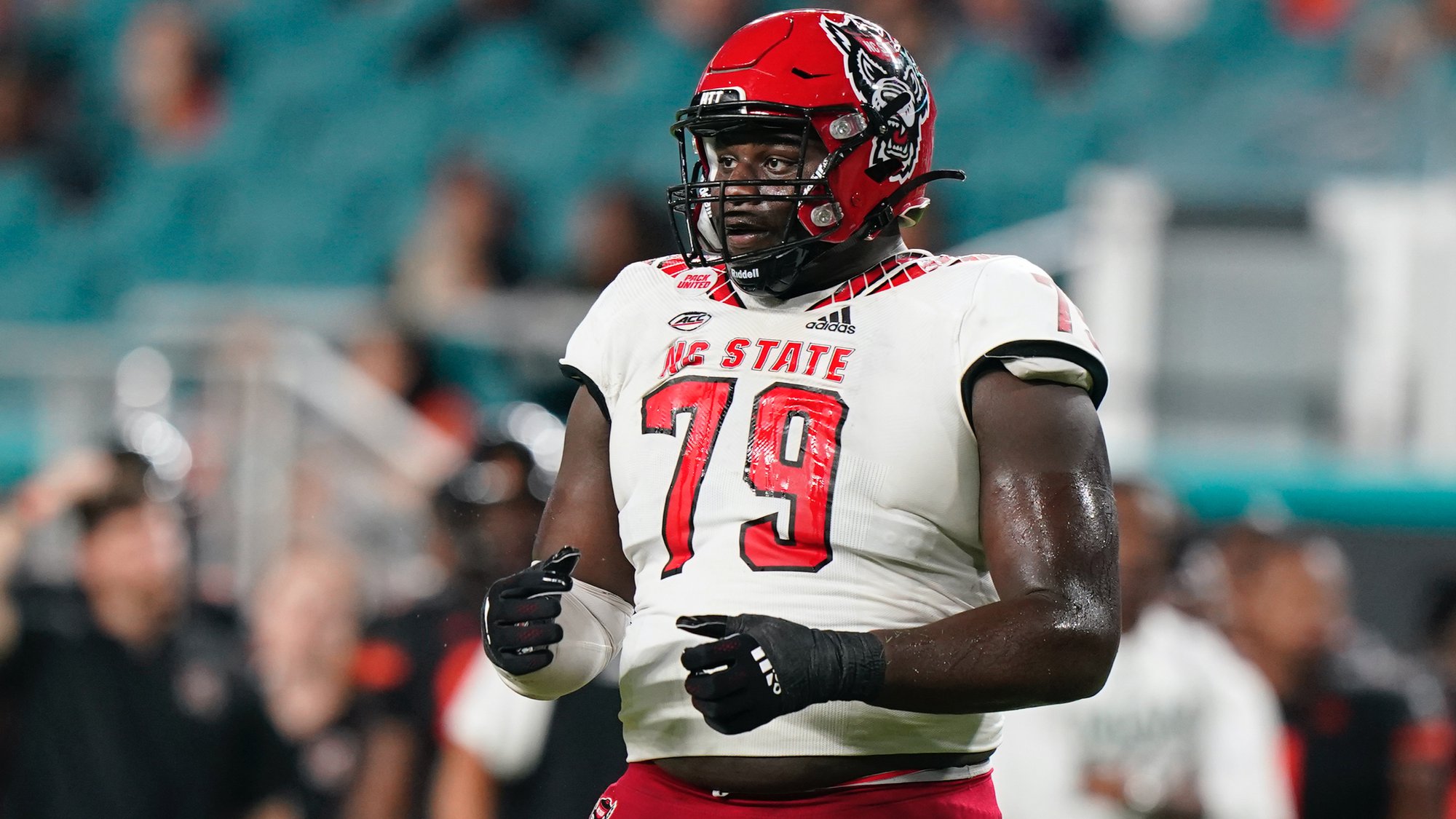 As usual, several teams will be looking to improve their offensive line with this year’s prospects. This year’s crop of offensive linemen isn’t as impressive as last year’s, however, there are still noteworthy prospects who are more than NFL-ready.

It’s anyone’s guess as to which o-line prospect will be the first to hear their name called at this month’s draft. Fortunately, oddsmakers help provide some additional insight as to how the three-day event could unfold.

Here’s a look at FanDuel Sportsbook’s odds to be the first offensive lineman selected at the 2022 NFL Draft.

Odds to Be First Offensive Lineman Drafted in 2022 NFL Draft

Although there are several talented offensive linemen up for grabs, two stand above the rest on FanDuel Sportsbook’s odds list.

The players in question are none other than NC State’s Ikem Ekwonu and Alabama’s Evan Neal.

NC State’s 2021 college football campaign was far from its most memorable. Although the Wolfpack finished with a 9-3 record, their season ended prematurely after their appearance at the 2021 Holiday Bowl was cancelled due to COVID-19 protocols.

Nevertheless, one of the key components to NC State’s limited success last fall was Ekwonu’s play on the offensive line. The 21-year-old had the most memorable campaign of his collegiate career, amassing accolades along the way.

Ekwonu led all Power-5 0-lineman with a total of 18 big-time blocks in 12 games. He also allowed just three sacks without a quarterback hit on 500 pass-block snaps while giving up a career-low 10 hurries as well.

The 2022 Formula 1 season is only six races deep, but the race for this season’s championship alerady appears to be down to just two drivers. Last season, Red Bull driver Max Verstappen claimed his first Formula 1 World Drivers’ Championship in highly controversial circumstances, with Lewis Hamilton denied what would have been a record-breaking END_OF_DOCUMENT_TOKEN_TO_BE_REPLACED