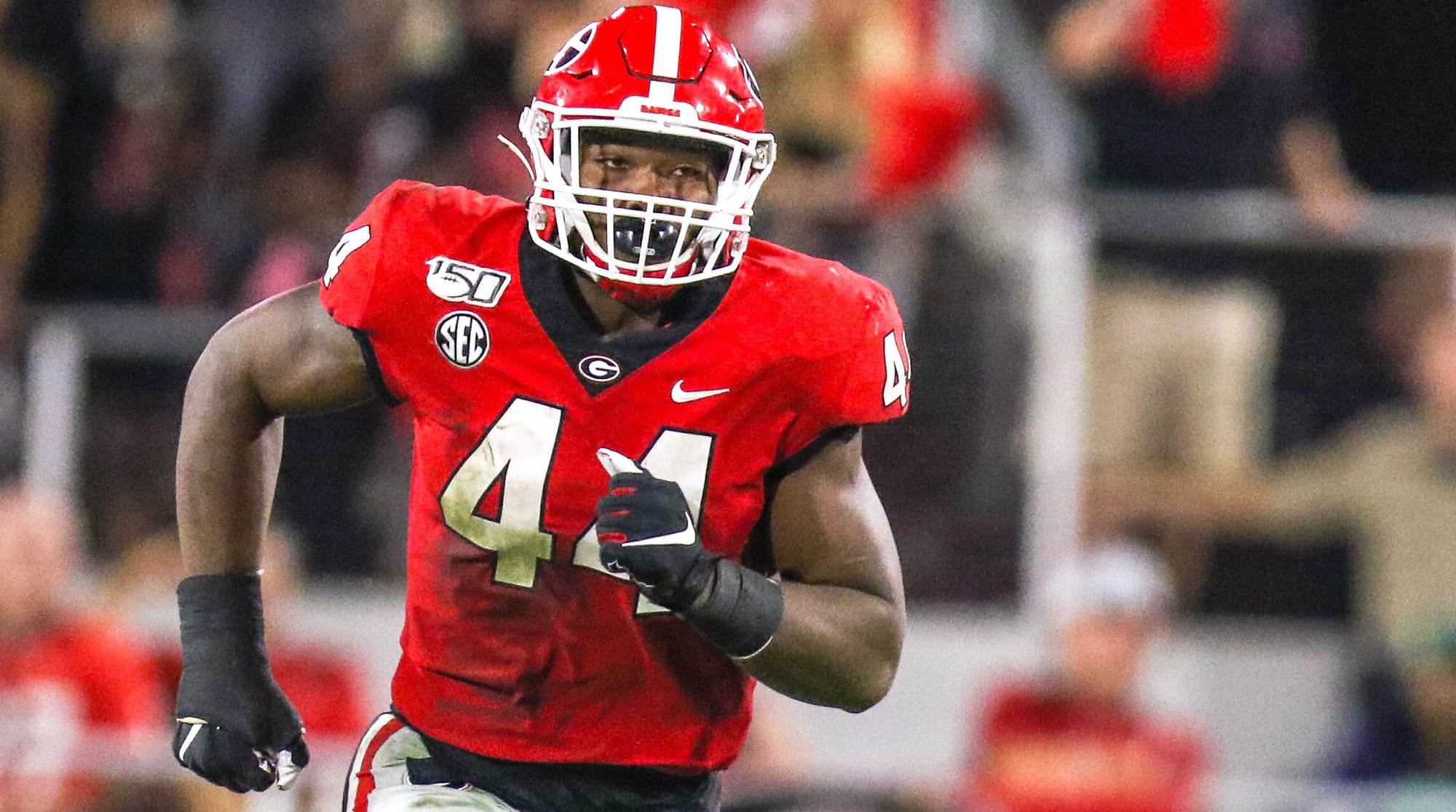 Football fans across the globe are more than excited this week now that the 2022 NFL Draft is only a few days away.

The 2022 NFL Draft will take place beginning Thursday, April 28 at Allegiant Stadium in Paradise, Nevada. After finishing with a 3-14 record last season, the Jacksonville Jaguars will be drafting first overall again after taking quarterback Trevor Lawrence in the same spot in 2021.

The Jaguars have several holes that need filling ahead of the draft, leaving them with many directions that they could head in.

While Michigan’s Aidan Hutchinson was favored to go to the Jaguars in our last update in February, all signs point to them going with the rising Travon Walker out of Georgia.

Odds via FanDuel as of Tuesday, April 26.

The 2021 NFL season went poorly for the Jaguars for a multitude of reasons. One of the biggest ones was that the defense was one of the worst units in the league, surrendering 26.9 points per game (No. 28).

The Jaguars need to address the defensive side of the ball after going with Lawrence last year, making Walker the perfect pick for them.

The 21-year-old defensive lineman played a big role in Georgia’s 2022 CFP Championship run. He finished his final collegiate campaign with 33 tackles (7.5 for a loss), 6.0 sacks and a pair of defended passes.

Walker wasn’t really only anyone’s radar to go at No. 1 until March’s NFL Draft Combine. He impressed onlookers with a 4.51-second 40-yard dash despite his 6-foot-5, 272-pound frame. Overall, his entire workout was impressive enough for NFL general managers and scouts to take notice.

There have also been reports in recent days about an internal debate between Jaguars general manager Trent Baalke and team owner Shad Khan.

The rumors suggest that Khan wants the Jaguars to draft Hutchinson, whereas Baalke is said to be a bigger fan of Walker.

At the end of the day, the decision is up to Baalke, however, there’s no doubt that the Jaguars’ defense is about to get a major boost, regardless of which player Jacksonville goes with.

Even if Baalke is a bigger fan of Walker, there’s always a chance that Khan could get his way with the Jaguars drafting Hutchinson instead.

Fans certainly wouldn’t complain about a potential future All-Pro defender being added to their unit — especially one that finished second in 2022 Heisman Trophy voting.

The Jaguars are in dire need of pass rush help after finishing the 2021 campaign with just 32.0 sacks, which was tied for fifth worse across the NFL.

Fortunately, Hutchinson helps in that regard after recording a monstrous 14.0 sacks in 14 games at Michigan last season. On top of that, he also had 62 tackles (16.5 for a loss) and two forced fumbles taking home a slew of honors, ranging from the Ted Hendricks Award as college football’s top defensive end to being named the Big Ten Championship Game MVP.

Some scouts have questioned whether or not Hutchinson can be as dominant in the NFL as he was in college. Maybe he will, maybe he won’t, however, one thing is certain: he’s as NFL-ready as they come and could make an impact for the Jaguars as soon as Week 1 of the 2022 season.

Even though defense is a major need for the Jaguars, there’s also the possibility of them drafting one of the top-rated offensive linemen to give Lawrence some extra support.

If that’s the route that they choose to go down, the Jaguars should look no further than NC State’s Ikem Ekwonu.

Standing at 6-foot-4 and weighing 310 pounds, Ekwonu stepped up his game last fall. After surrendering seven sacks on 463 pass-blocking snaps in 2020, he allowed only three on 500 opportunities in 2021.

Lawrence could use that type of protection after being sacked 32 times while facing 67 hurries, 52 hits and pressure on 22.6% of his dropbacks as a rookie.

Furthermore, Ekwonu is also one of the best run-blocking tackles in the class, with his 18 big-time blocks being “seven more than the next-closest Power Five offensive lineman,” according to Pro Football Focus.

Although the Jaguars weren’t the worst rushing team last season, their 103.2 yards on the ground per game were still 11th-worst in the league.

Ekwonu might not be as flashy of a pick as Hutchinson or Walker, but the unanimous All-American tackle brings improvements to both the Jaguars’ passing and run games that can’t be ignored.

As great as it would be for the Jaguars to add a potentially dominant defender, trustworthy offensive lines win Super Bowls and bringing in someone of Ekwonu’s caliber would bring Jacksonville one step closer to accomplishing that goal.