NFL Draft 2022: Which QB Will Be Taken First This Year? 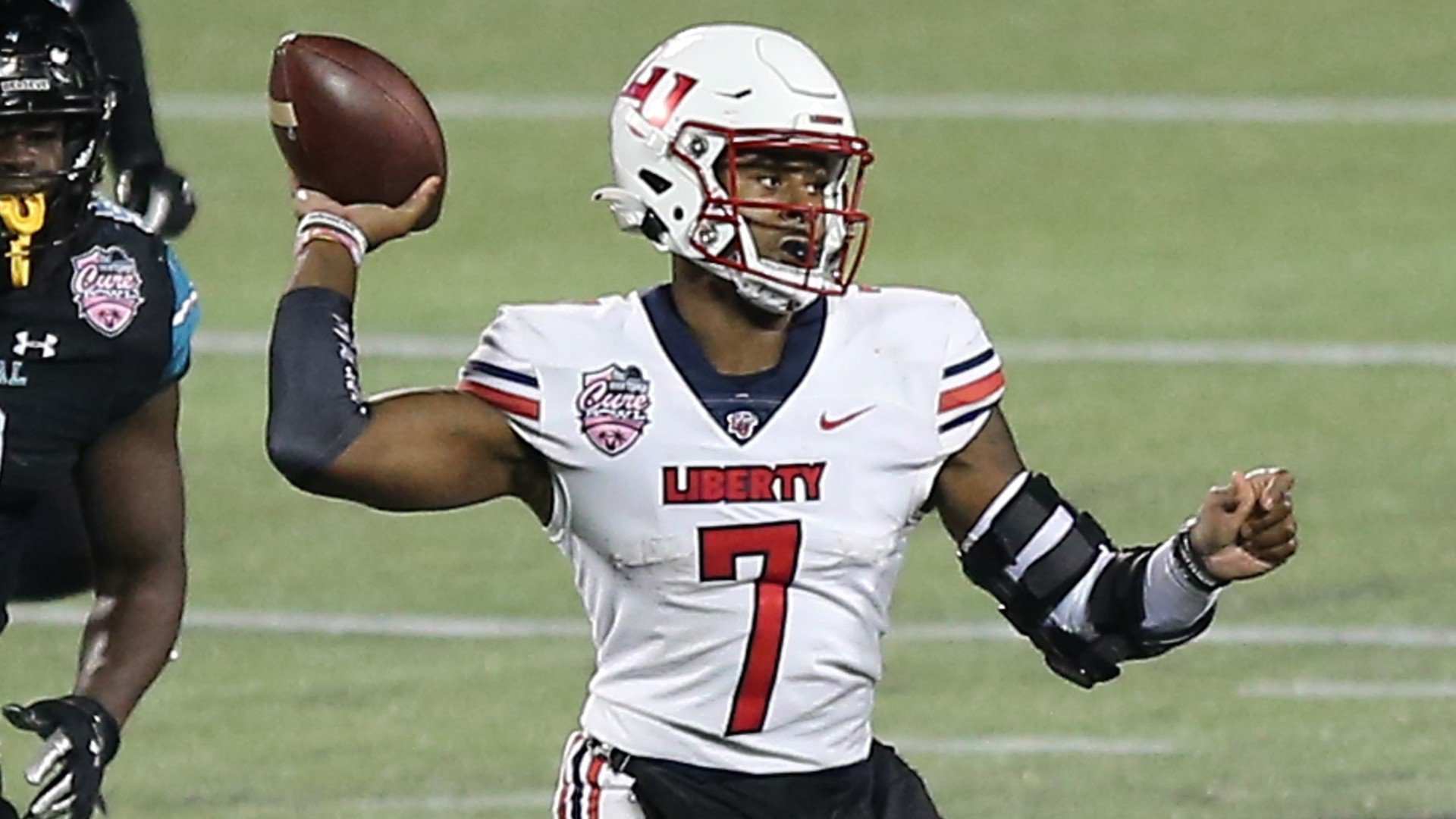 We just saw a Super Bowl where both teams had quarterbacks who were the top picks in their respective drafts. It took a while for Matt Stafford to make it to the Big Game, but Joe Burrow led the Bengals to the Super Bowl in just his second season in the NFL.

In the modern NFL, you have to get the quarterback position right, or else you are fighting an uphill battle. You just can’t build a championship team without one the way the game is played right now.

Last year was a very quarterback-heavy draft, but there was not really much debate as to who the top prospect was. Trevor Lawrence from Clemson was the consensus top pick throughout the draft process and that is the way things went on draft day.

Last year, the top three picks were quarterbacks with Zach Wilson (Jets) and Trey Lance (49ers) following. Neither of them made much of an impact in year one. In fact, the most successful quarterback from the 2021 draft was Mac Jones (Patriots) who was not drafted until the 15th spot but got his team into the playoffs.

Trades can always happen between now and draft day in April but currently, the top 10 in the 2022 NFL draft are:

A quick analysis of those teams reveals a few with obvious quarterback needs. The Broncos eliminated their need by trading for Russell Wilson, which is why the Seahawks now have the ninth pick. But that leaves the Seahawks with a glaring need, and they are the team most likely to draft a quarterback in the top ten, barring any additional trades.

The Panthers, who didn’t have the success they hoped for with Sam Darnold last season, and Falcons, who traded away Matt Ryan to the Indianapolis Colts, could both draft a QB early, but the latest speculation indicates that it won’t be so early.

There are also a couple of teams, Jacksonville and the Jets, who drafted quarterbacks last season and are thus very unlikely to dip into that pool once again.

Most mock drafts have at least one QB being taken in the first 10 picks so let's take a look at the candidates for being the first player at the most important position off the board.

Odds are via PointsBet.

Willis began his career at Auburn but split for Liberty after a couple of seasons where he did not show much. He is a great athlete but is definitely raw as a passer and does not have the game reps throwing the ball that the other on guys on this list do.

Any team that is drafting him, and planning to play him right away, is saying they are not keen on winning this upcoming season because it is hard to see how he can be effective starter as a rookie.

He is a lot like Trey Lance, but nobody is saying he has the same tool kit (or at least not yet). Lance was not able to win a starting spot last season

The tape might say one thing but the odds say something else about what NFL talent evaluators think of him right now.

He is probably the best bet to make right now because his flaws are pretty well known.

Kenny Pickett played five seasons at Pitt. Last year he was awesome but I think it is fair to say that prior to that he has was definitely not tracking to be a first-round pick, let alone the first quarterback to be taken.

Last season, the Panthers operated a much more wide-open offense and he thrived, throwing for 42 touchdowns, more than he had in his first 3 seasons combined.

Pickett has solid but not elite measurables and might be getting a bump from the recent success of Joe Burrow, who also parlayed a dynamic final season in college into being the top pick in the NFL Draft just a couple of years ago.

There is definitely a recency bias with Pickett making him a buyer beware option.

Howell has played three seasons at North Carolina and his second season was by far his best. Last year the team struggled, forcing evaluators to ask the question of whether his performance was the cause or just a result of a team that was not really that talented.

Last year, Howell was playing with a team that lost its top two running backs and top two receivers, all of who went to the NFL. The hope was that the quarterback could hold things together and keep the offense at a high level, but that was not the case.

Unfortunately, that might mean that Howell is more of a game manager than an elite talent deserving of building a franchise around.

It is hard to make a guy like that the first quarterback taken, but the odds are saying it isn’t crazy. He feels a lot like Kirk Cousins.

I loved that Corral played in Ole Miss’ bowl game and it is was sad that he got hurt. Thankfully, It does not look like it is going to have any long-term repercussions which are great.

Corral is very athletic and has played well in Lane Kiffin’s system in Oxford. His arm seems strong enough but the knock against him is going to be that he is going to have a steep learning curve to have success in the NFL.

He is probably the second best athlete at the position after Willis and has shown more polish as a passer than him so there might be teams who value athleticism more than others and that could really help him.

For Corral to leap to the top of this list he just needs one team to fall in love with him. I can see it. He should probably be priced more like Howell.

I don’t know it is a good thing or a bad thing, but Rudder reminds me a lot of Alex Smith (who by the way was the first pick in the draft way back when).

At Cincinnati, all he did was win. Throwing when necessary, running with effectiveness, and getting his team to the College Football Playoff.

He has the most ideal size of any of the players on this shortlist and the question is going to be how does his arm show in the workouts? My hunch is that it is not going to pop enough and that he is destined for the later rounds.

A team that gives him a chance might have a real find but he is not likely to sneak to the top of the list.

Tonight, two pitchers whose records could use a little polishing match up as the St. Louis Cardinals welcome the Miami Marlins to Busch Stadium to open a three-game series. Cardinals hurler Adam Wainwright has not picked up a win since May 20, while Pablo Lopez’s win in his most recent start last week was his END_OF_DOCUMENT_TOKEN_TO_BE_REPLACED