NFL Draft 2022: Who Will Be the First Receiver Drafted? 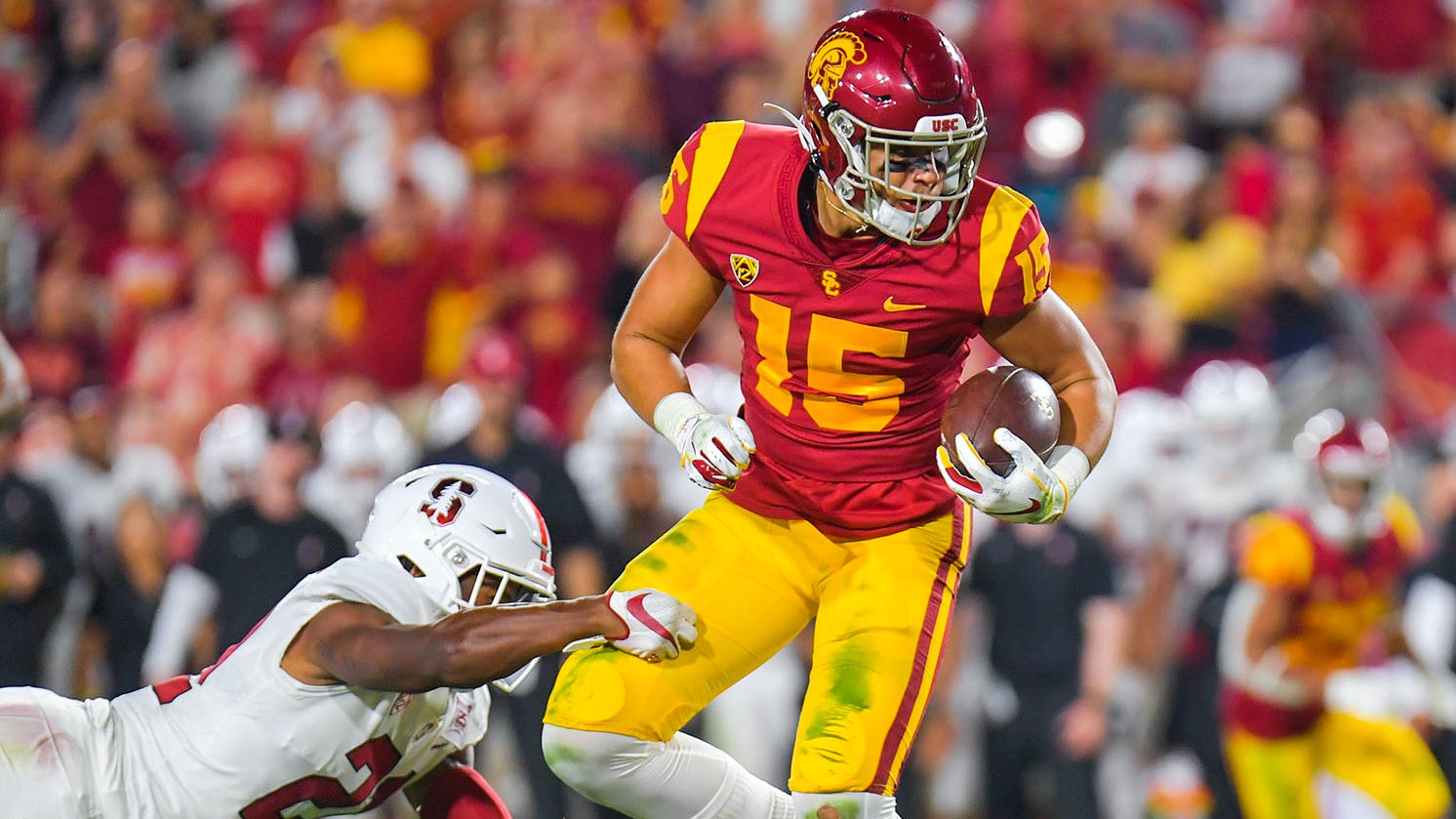 As usual, several teams will be looking to improve their offenses with this year’s prospects. Fortunately, the 2022 wide receiver class is one of the deeper groups in recent years, offering up some NFL-ready pass-catching help.

It’s unsurprising that fans are trying to figure out which wide receiver will be taken first in this year’s draft.

After all, some mock draft experts have players like USC’s Drake London or Ohio State’s Garrett Wilson being the top-rated wideout, while someone like Alabama’s Jameson Williams could easily be the first WR taken as well.

Fortunately, oddsmakers like FanDuel Sportsbook have released odds on who will be the first wide receiver drafted in the 2022 NFL Draft to help paint a clearer picture.

Odds to Be First Wide Receiver Drafted in 2022 NFL Draft

Although there are many talented WR prospects on the board at the 2022 NFL Draft, the odds indicate that two stand out above the rest — London and Wilson — and for good reason too.

London is currently FanDuel Sportsbook’s +110 favorite to be the first wide receiver drafted later this month. The USC product is essentially a quarterback’s dream, standing at 6-foot-5 while weighing 210 pounds.

London was solid throughout his first two seasons with the Trojans, but really took things up a notch last Fall.

Despite his season ending early due to a right ankle fracture, he still finished the campaign with new personal bests in receptions (88), receiving yards (1,084) and touchdowns (seven) in only eight games played.

The Moorpark, California native’s efforts in 2021 earned him first-team All-Pac-12 honors for the first time in his career and he was also named the conference’s Offensive Player of the Year.

Tonight, the most pivotal game of the 2022 NBA Eastern Conference finals takes place in Boston, with the Miami Heat taking a 2-1 series lead into their matchup with the Celtics. In Game 3 on Saturday, the Heat took control early, outscoring the Celtics 39-18 in the first quarter and leading by as many as END_OF_DOCUMENT_TOKEN_TO_BE_REPLACED