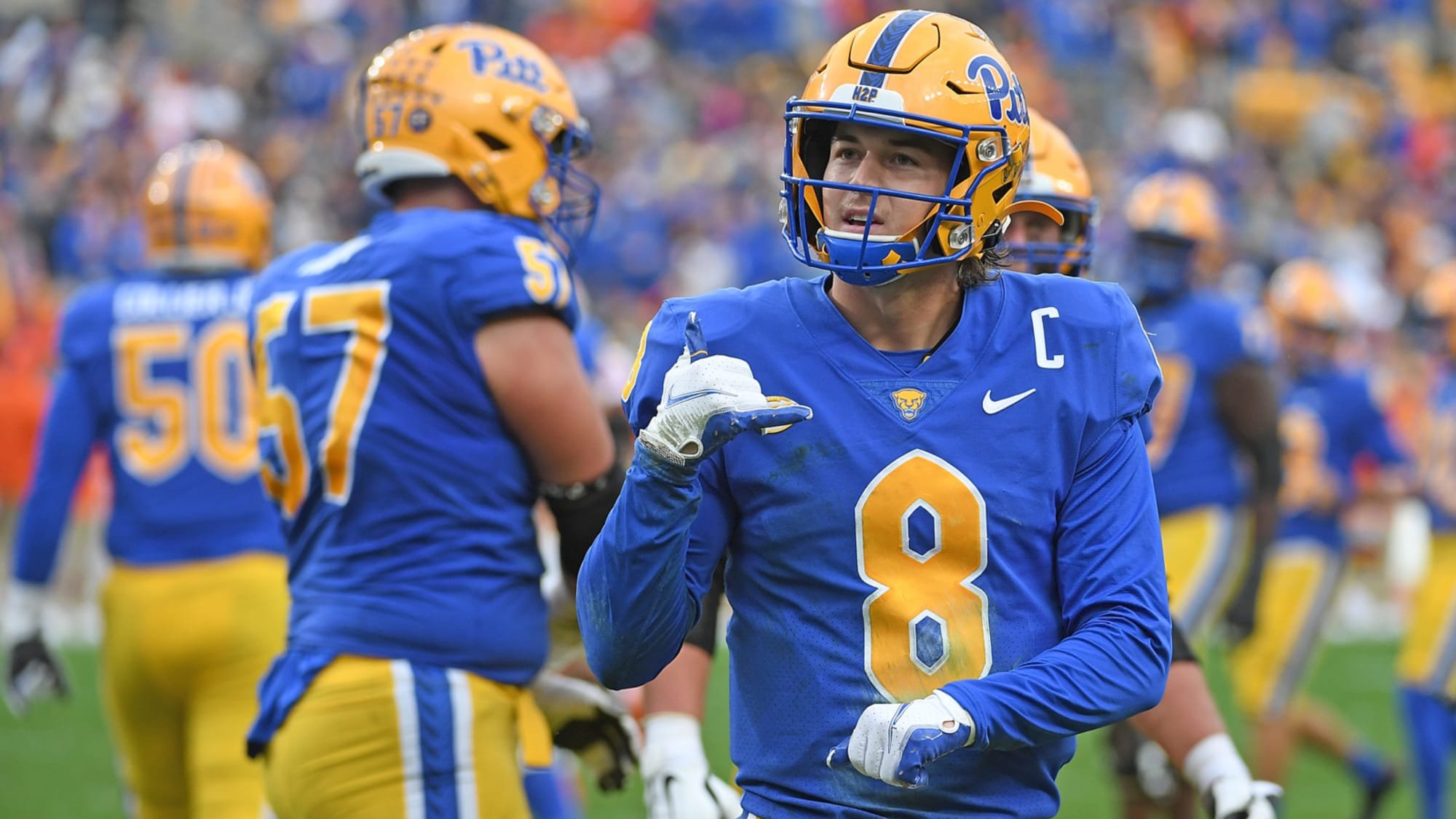 The 2022 NFL Draft is quickly approaching at the end of April and one topic that a lot of people are talking about is Pittsburgh Panthers quarterback Kenny Pickett’s hand size. Yes, you read that correctly.

At the NFL Draft Combine in early March, Pickett’s hand size was registered at 8.5 inches. To put that into perspective, that’s smaller than any current NFL QB’s hand size, leaving many experts and scouts wondering if he’s still suitable to be an early first-round selection.

Pickett’s hand size increased to 8.625 inches at his Pro Day on March 21, but that’s still smaller than the rest of the league’s signal-callers. He told reporters after his Pro Day that he has been doing stretches to increase his size, although, that likely won’t get people to stop talking about it.

So does Pickett having smaller hands really ruin his chances at NFL success? And can he be the first quarterback off the board at next month’s draft?

Pickett Is More Than His Hands

Any time a player comes in at below average for any physical measurement, it’s understandable that scouts would be concerned. Having said that, Pickett has proved that he can overcome any “physical disadvantage” whenever he steps foot onto a football field.

The 23-year-old gunslinger is entering the 2022 NFL Draft after coming off a career year with the Panthers last fall. He led the Panthers to an 11-3 record, an ACC Championship Game win, and a Peach Bowl berth.

“OK, maybe you think he has small hands, well, he shows that he can throw it 65 yards on the dot. I don't think it's an issue.”

Panthers wideout Melquise Stovall reiterated the sentiment after working out with Pickett this month, saying that the signal-caller “slung 60-yarders” and that “hand size hasn't been a problem.”

Clearly, Pickett’s hand size didn’t stop him from racking up collegiate accolades either. He was the 2021 ACC Player of the Year in addition to winning the Johnny Unitas Golden Arm Award (given to the nation’s top junior/senior quarterback) while earning first-team All-ACC and All-American honors.

Odds are from PointsBet.

When it comes to his odds to be the first quarterback off the board at the 2022 NFL Draft, Pickett currently ranks second on PointsBet at +200. While those odds are fairly decent, he still trails Liberty’s Malik Willis at -180.

What’s interesting is that many experts had Pickett as the first quarterback off the board until his hand size situation came up. Ever since then, the consensus is that Willis is the top choice despite the former being labeled as the more ‘NFL-ready’ option by multiple scouts.

Nevertheless, Pickett’s odds don’t necessarily mean that he won’t be the first signal-caller taken next month. In fact, he has a solid shot at being the first one off the board due to many quarterback-needy teams drafting early in the first round.

Panthers, Falcons, and Giants Could Be Suitors for Pickett

For example, the Carolina Panthers hold the sixth overall pick next month and could use a new QB of the future after Sam Darnold failed to impress in 2021. While they could go with Willis or a player at a different position, they already have a connection to Pickett.

Head coach Matt Rhule attempted to recruit Pickett when the former was coaching at Temple a few years back. It didn’t end up working out, but Rhule has stayed in contact with the young QB ever since and the two have had nothing but nice things to say about the other.

That type of connection is tough to come by right out of the draft, which is why Carolina may consider going with the Pittsburgh prospect.

Another team to keep an eye on is the Atlanta Falcons. After trading away Matt Ryan to the Indianapolis Colts, the Falcons are looking to start a new era. Marcus Mariota isn’t the long-term solution under center, making Pickett a viable pick at No. 9.

The New York Giants could also be in the running for a new quarterback. Daniel Jones is slated to be their starter in the 2022 NFL season, but past results indicate that this may be his last year to secure his job.

Giants head coach Brian Daboll worked wonders with Josh Allen in Buffalo. While he’s said that he has faith in Jones, he may want a new quarterback to usher in his new era.

If he can replicate the same success with Pickett had he had with Allen, the Giants have all the reason to draft him at No. 5 or No. 7.

At the end of the day, Pickett is going to find an opportunity to find NFL success. He’s simply too good not to be given a chance, regardless of how big his hands are (or aren’t). There are too many teams out there needing a fresh start under center to ignore what the young QB brings to the table.

At the end of the day, continuing to stretch his hands will likely garner Pickett more attention at the 2022 NFL Draft.

Having said that, he still has all the talent in the world to be an everyday starting quarterback, so having smaller hands likely won’t deter a team from drafting him if they already believe in his potential.

Only time will tell if he’s the first quarterback off the board or not next month. The truth is that Willis does deserve to be in the conversation as well, with both men bringing different talents to the table.

Regardless of which teams end up drafting them, they’ll be satisfied to know that their quarterback situation will be set for years to come.

The 2022 Formula 1 season is only six races deep, but the race for this season’s championship alerady appears to be down to just two drivers. Last season, Red Bull driver Max Verstappen claimed his first Formula 1 World Drivers’ Championship in highly controversial circumstances, with Lewis Hamilton denied what would have been a record-breaking END_OF_DOCUMENT_TOKEN_TO_BE_REPLACED