2022 NFC South Predictions & Odds: Can Anyone Chase Down Tampa? 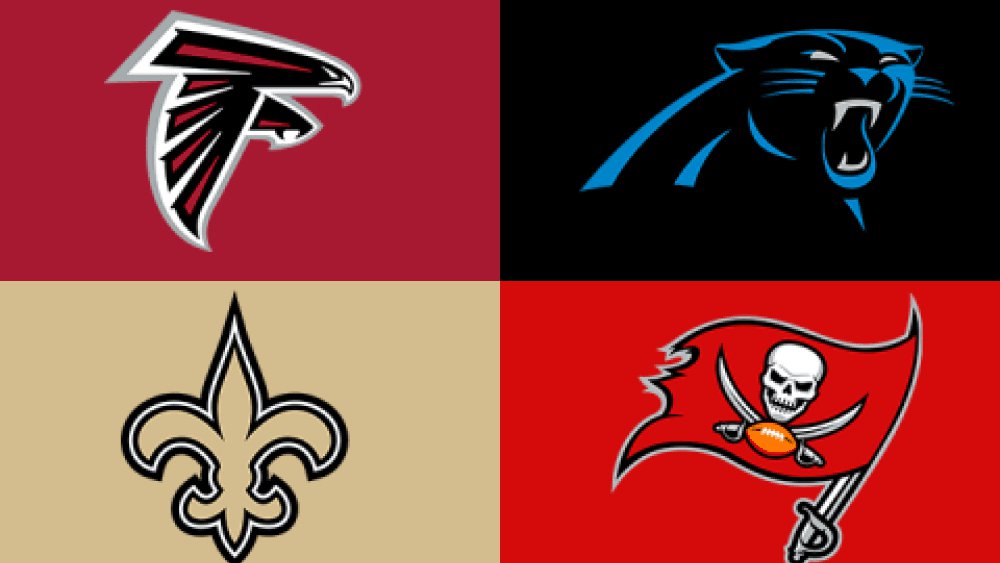 The NFC South Division within the NFL consists of 4 teams in the southeastern United States. The Carolina Panthers, New Orleans Saints, Tampa Bay Buccaneers, and Atlanta Falcons all compete for the NFC South crown.

Last season, Tampa Bay ran away with the division, posting a 13-4 record and winning the NFC South by 4 games over New Orleans. Tampa also had the #1 offense in the NFL, even though they ranked in the bottom half in rushing.

This season, Tampa is expected to win again, and the odds aren’t that close. New Orleans has an outside shot to pull an upset, but with the added weapons to Tampa’s offense, it will be almost impossible to stop them.

Last season, the Bucs ranked #1 in total passing offense and passing touchdowns. They were second in rushing touchdowns, and overall, finished with the second most points scored in the NFL.

The addition of Julio Jones in the passing game will only improve the best offense in the NFL. Tom Brady is back again, even though he just celebrated his 45th birthday, and he hasn’t missed a beat. Over 5,000 yards passing last year, and he was sacked the least amount of times due to an amazing offensive line.

The Bucs really don’t have much competition this season, as the rest of the NFC South will have their own struggles to deal with. They should have the best record in the NFL, or least have a tie for the best heading into another deep playoff run.

New Orleans had an interesting season last year, filled with quarterback changes, and a rare worst passing attack in the NFL. they were carried by their defense last season that ranked 4th overall and #1 in red zone defense.

With the evolution of the game heading towards more of a pass heavy style of game, New Orleans is far behind. Their second-year quarterback, Ian Book, is expected to have a chance at the starting position, but Jameis Winston is their man for now.

If Michael Thomas returns for the offense, the passing game will be better, but don’t expect them to be Top 5 right away. I have them at 6-11 where they stand against a tough schedule. However, I could easily see as high as 9 wins if the offense can pick it up and stay healthy.

The Panthers will have to choose between Sam Darnold and Baker Mayfield for the starting quarterback position. Darnold only lead the team to the 29th best passing attack last year, so I would expect Baker to be the Week 1 starter.

They had a great passing defense last year, but they gave up too many points to improve upon a 5-12 record. That is exactly the prediction this year, as I see a very similar defense, potentially struggling even more against good passing teams like Tampa Bay and Cincinnati.

It will be another rough season for the Panthers, but if they can develop Baker Mayfield to be their every day starter, they may have a shot at a better record than 5-12. We will have to see who gets the nod Week 1 to be sure of the prediction.

The Falcons are in trouble. They lost their franchise quarterback to free agency, and the already struggling Atlanta team will have to rely on Marcus Mariota as their Week 1 starter. He hasn’t started in an NFL game since October 13, 2019 when he was a member of the Tennessee Titans.

Calvin Ridley should be back this season after missing all of 2021 with a mental health disorder. He will be needed as a veteran presence for the new wide receiver, Drake London.

I expect a quarterback change midway through the season, as Desmond Ridder is a rookie with a lot of talent. If the Falcons struggle early, which is what I am predicting, look for Ridder to come in and try to rebound the team to a better showing. 3-14 is a conservative estimate for the regular season.