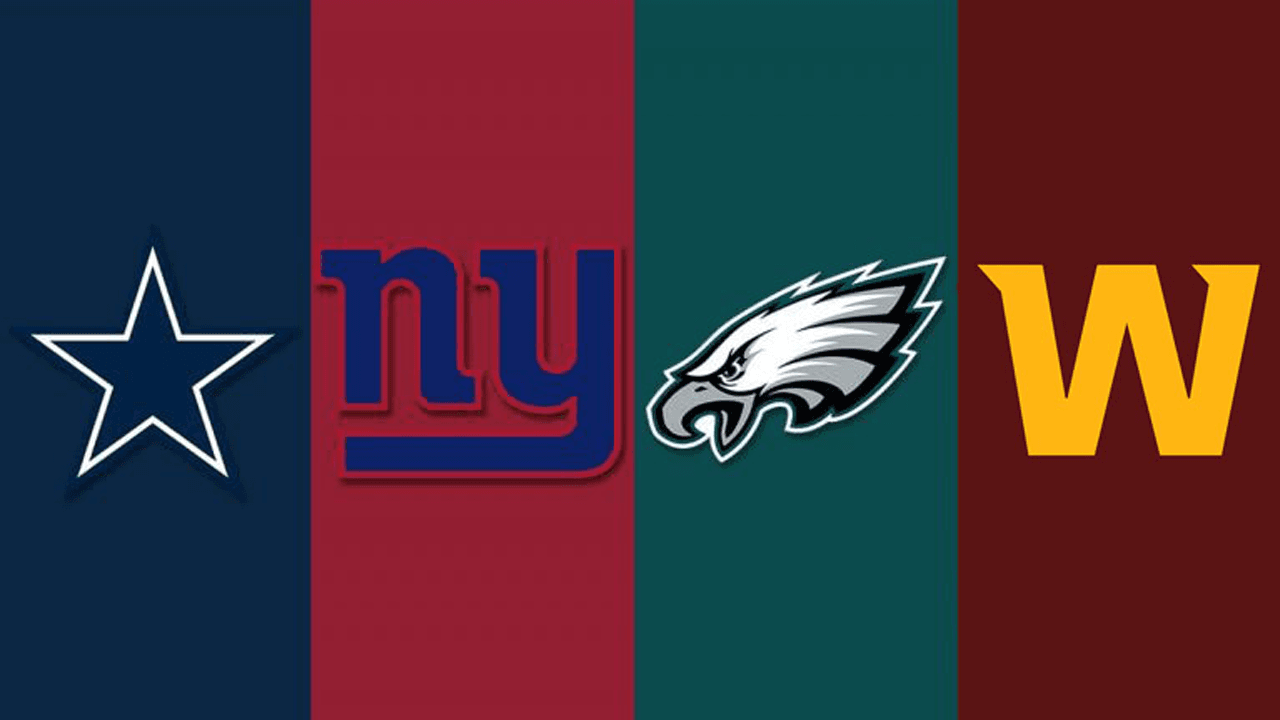 The NFC East division within the NFL consists of 3 teams in the northeast and the outlier from Texas. The Dallas Cowboys, Philadelphia Eagles, Washington Commanders, and New York Giants will be looking for a division title in 2022.

Last year, the Dallas Cowboys rolled to a 12-5 record and their first division title since 2018. With the NFC East considered one of the tightest races each season, it was a shock to see Dallas win by 3 games over Philadelphia in 2021.

The odds show two true competitors in the NFC East this season. Dallas and Philadelphia are once again at the top, and they are dead even in terms of value. Dallas will try to repeat, but there hasn’t been a repeat winner in the division since 2004 when the Eagles won their 4th straight title.

Can Dallas end the streak and win a second straight division title? The odds say yes, as they are the shortest to win again this season. They have some company at the top, but they should feel good about their position heading into 2022.

The Cowboys have Dak Prescott and Ezekiel Elliott leading the charge on offense. On defense, young studs like Micah Parsons and Trevon Diggs, lead the team to the 7th best defense in the NFL in 2021.

The Cowboys will win the tiebreaker with the Eagles and claim a second straight crown. They could even be dangerous in the playoffs, as their defensive is projected to be one of the best in 2022.

The Eagles are making strides to be the best team in the division. Even though their defense was middle of the pack in 2021, their offense made up for it. Quarterback Jalen Hurts had a great sophomore campaign, passing for 3,144 yards and 16 touchdowns.

The Eagles will rely on their running game again in 2022. Last year, they ran for the most yards in the league and had the most touchdowns on the ground. The only team that tried running the ball more was the Tennessee Titans.

I believe the Eagles are one of the best young teams in the game this season. A playoff spot is definitely in their future, and if they play their cards right, they could be looking at the division title.

The first year as the Washington Commanders is not looking to be one to remember. They do have one of the easiest schedules, but almost all of their money is gone due to the signing of Carson Wentz.

Wentz did well last season for the Colts, throwing for over 3,500 yards and 27 touchdowns. He also limited his interceptions to 7, which is tied for the lowest in his career. Here is the issue: the commanders only have the 15th best offensive line in the NFL, and Wentz has a history of injuries.

I just don’t see more than 5-7 wins this season. They will be very average, as they are projected in the middle of the pack in almost every major category. The only upside is the easy schedule that. could boost their win total. 3rd place is the safe place to put the Commanders in 2022.

The Giants have been bad for a while now, and it’s not looking much better this year. Much like Washington, they are projected near the low end of the spectrum in major offensive and defensive categories.

New York ranked in the bottom half of every major category on offense in 2021. This gave them the 4th worst offense in the league. They turned the ball over 30 times, with 29 of those being interceptions thrown by Daniel Jones.

they finished 4-13 last year, so I will give them the benefit of the doubt and boost their record to 5-12 in 2022. Mediocre at best is how I would describe what we will see from an offense that needs a complete overhaul.