NBA Finals Online Betting – How to Bet the NBA Finals

The NBA Finals marks the end of the NBA season, as the champions of the Eastern Conference and Western Conference meet in a best-of-seven series to crown the NBA champion. The NBA Finals typically takes place in late May or June, though the 2021 NBA Finals are tentatively set to begin on July 8 due to the season’s December start. 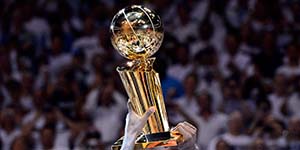 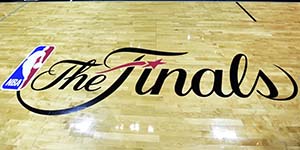 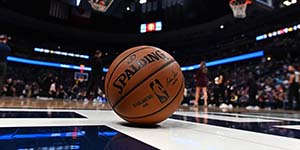 Our reviews consider a number of factors, some of which apply to all types of betting and others that apply specifically to NBA Finals betting, NBA betting, or basketball betting. Here is a list of some of the factors we took into consideration when evaluating the best places for NBA Finals betting.

Mobile betting has become an essential part of the sports betting experience, as the average sports bettor enjoys being able to place and track their bets wherever they are. When it comes to the NBA Finals, you are likely to be in front of the TV, spending time with family or friends, or doing something else that does not involve being in front of a computer. We review the mobile versions of online betting sites to make sure that they are equipped to provide the most satisfying sports betting experience.

Offering mobile betting of some sort is a must now, but merely having mobile betting functionality isn’t enough to make the grade. Sites that have standalone iOs or Android apps get extra credit in our reviews.

When making a decision on which online sportsbook to trust with your funds, promotions and bonuses are a factor that many sports bettors consider. Sportsbooks typically provide special promos for events like the NBA Finals, so it is wise to evaluate your options before deciding where to make a deposit.

Offers at our recommended sites can include the following bonuses and promotions, among others:

Along with mobile betting functionality, a quality live betting platform is an important factor for many sports bettors. Live betting provides an extra angle to following the game that you are watching. It also offers the opportunity for sports bettors to hedge or add to bets that they may have placed before the game, based on the outcome to that point. Basketball is one of the main sports to place live bets on, and NBA Finals live betting will be very popular.

With time being of the essence when it comes to live betting, online betting sites and sports betting apps that have a live betting platform that is clean, quick, and easy to understand are going to have an edge.

How to Bet On the NBA Finals

Here, we list the primary types of NBA Finals bets that are available and provide the basic information that you need to confidently tackle NBA Finals online betting.

There are many different ways to bet on the NBA Finals, but this page will focus on the main types of NBA Finals bets that the average sports bettor will be interested in.

We break down each of these wager types, describe how to make those bets, and look at some of the other ways to partake in NBA Finals betting.

Most NBA championship betting will be done on the spread, moneyline, or total of each NBA Finals game. Here is an example of each type of bet:

Spread Betting: Spread bets are bets placed on one team to achieve a particular outcome. For example, if the Brooklyn Nets are favored to beat the Los Angeles Lakers by four points at home at -110 odds, the spread lines would read:

If the Nets win by exactly four points, there would be no winner or loser. All bets would be considered what was known as a “push”, or a no result, and the original stake would be refunded.

Moneyline betting: Moneyline bets are bets placed on one team to win a specific game, half, or quarter.

For example, if the Brooklyn Nets are favored to win at home and the Los Angeles Lakers are considered the underdog, the line could look like this:

In this situation, if the Nets win the game, all moneyline bets made on the Nets would win, while all bets on the Lakers would lose.

Totals betting: Totals bets are placed on how many points will or will not be scored in a specific time period, whether a quarter, a half, or the full game.

For example, if the total for the Los Angeles Lakers vs Brooklyn Nets NBA Finals game is set at 232 points, here is how the line could look:

If the final score of the game is 118-114, all total bets would be graded as “no result”/a push, and betting stakes would be refunded.

Along with offering these types of bets on the outcome of the full game, most reputable online betting sites offer these types of bets on some or all quarters and each half. Being able to make second-half bets can be important when it comes to NBA Finals betting and basketball betting in general. If a full-game bet has been made that does not appear to be working out, a second-half bet can be made that will mitigate losses or even provide a profit. This is called hedging.

NBA Finals futures betting can be done well in advance of the NBA Finals, or it can be done during the series.

During the NBA Finals, futures bets can be made on the outcome of the series and what the final result of the series will be in regards to the amount of games won on each side.

Prop betting provides the chance to have more of a stake in the action than just the spread, moneyline, or total.

Props can range from player props, team props, series props, and more. And while there is some element of seriousness to many prop bets, frivolous prop betting is often a part of betting on major sporting events.

As mentioned above, live betting is an exciting way to do some NBA Finals betting while the action is taking place. Online betting sites offer up many kinds of live betting options. That includes the usual spread, moneyline, and total bets, bets on what will occur during a specific moment or time period, team and player props, and much more.

With the NBA Finals being a major event on the sports calendar, there are many sites and services that will offer up NBA Finals betting picks. However, it is necessary to distinguish between which services are out to legitimately help sports bettors have success and those that are not. There are many paid services out there, but if you are going to use a paid service, do your research. Beware of those that attempt to lure you with phrases and words like “guaranteed winners” or “locks”.

At Betting News, we have NBA betting matchup pages that provide in-depth betting previews, detailed betting stats, odds from several reputable online betting sites, aggregated picks from top sports betting industry sources, and more for every NBA betting matchup daily. In addition, our writers will be providing a great deal of content to further help your NBA championship betting experience be as stress-free as possible.

When looking at NBA Finals betting odds and deciding what NBA Finals bets to make, historical information can sometimes be a factor if there are any noteworthy trends. Of course, trends must be evaluated with caution due to how different various factors can be from one season or one era to the next.

Still, it is interesting to see what notable NBA championship betting trends pop up. How often do the favorites win? What are some of the biggest NBA Finals upsets? How have the NBA Finals played out in recent seasons? Does a player from the losing team have much of a chance to be NBA Finals MVP?

Let’s take a look at the list of all-time NBA Finals results.

Now, let’s take a look at the list of NBA Finals results based on NBA Finals betting odds, dating back to 1985 (Credit: sportsoddshistory.com)

Next, let’s take a look at the list of NBA Finals MVP winners. There has been only one NBA Finals MVP from a losing team. NBA Hall of Famer Jerry West was named the 1969 NBA Finals MVP despite the Boston Celtics edging out West and the Los Angeles Lakers four games to three.

Here’s a look at that data broken down by position:

Over the course of NBA history, Finals MVPs have been pretty evenly distributed among positions (Guard-Forward-Center) but if you look more closely at winners, you’ll see that a forward has won the award in 13 consecutive seasons:

This is a big departure for a league that was long dominated by center and guard play. Before the current run that’s seen a forward win MVP in 13 consecutive Finals, no forward had won the award since 1988, when James Worthy helped the Lakers topple the Pistons in 7 games.

Where Can You Watch the NBA Finals?

In the United States, every game of the NBA Finals will be broadcast by ABC. NBA Finals games typically take place at night, regardless of the day of the week.