Yankees vs. Mariners (August 9): Will Castillo win his first start in Seattle? 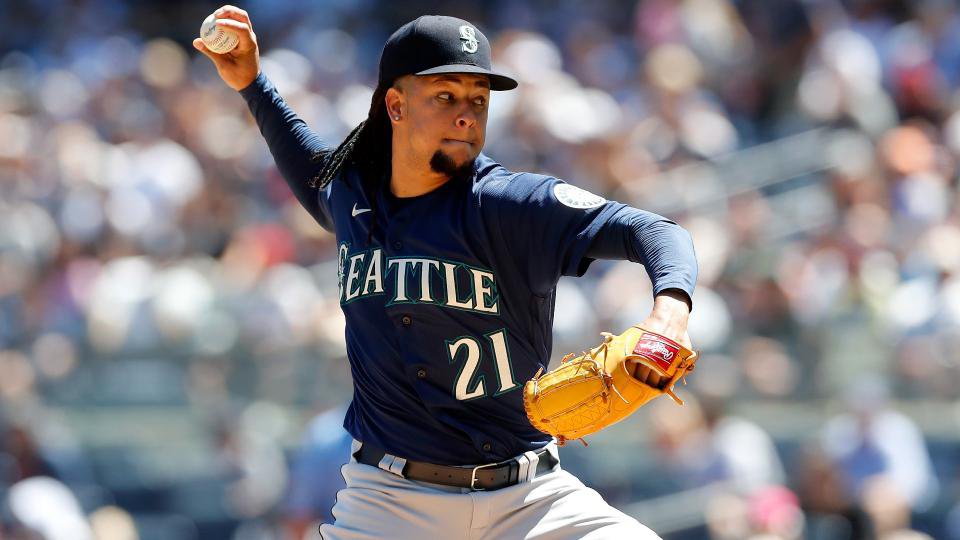 Last Wednesday, Luis Castillo made a winning debut with the Seattle Mariners, leading them to a huge series win over the New York Yankees at Yankee Stadium.

Tonight, he makes his home debut for Seattle against the same opposition as the M’s look to even up their series with the Yankees.

In his debut, Castillo allowed three runs, five hits, and three walks and struck out eight in 6.2 innings to earn the win in Seattle’s 7-3 win.

He outdueled Gerrit Cole, who allowed six runs and seven hits in six innings in his latest subpar start. If he can outpitch Cole again, the Mariners could pick up their 60th win of the season and set up a rubber game tomorrow afternoon with Robbie Ray on the mound.

Can the Yankees Build Off of Offensive Outbursts?

While the Yankees continue to have a hefty lead in the AL East and don’t appear to be in any danger of losing their hold in the division, their recent results are certainly a real cause for concern.

In the second half, they are just 7-11, and they just suffered a season-worst five-game losing streak.

Cole’s post-All-Star break form is one of the standout issues that have cropped up over the last few weeks. In three second half starts, he has allowed 15 runs (14 earned), and 23 hits, and he allowed three homers last Wednesday in Seattle.

This is the first time that he has allowed four or more runs in three straight starts since August 26 (at Atlanta), August 31 (at Tampa Bay), and September 5 (at Baltimore) in 2020.

On the positive side, if he does struggle again tonight, the bats have picked it up in the last couple of games after some rough games in Seattle and St. Louis.

Nine runs and 16 hits were not enough for the win on Sunday, as the Cardinals wrapped up a stunning sweep with a 12-9 win.

But nine runs and 13 hits were enough in last night’s 9-4 win, with Josh Donaldson going 4 for 5 with two doubles, a homer, three RBI and three runs and Aaron Judge snapping a brief homer drought with a solo shot in the ninth.