Phillies vs. Rangers (June 22): Will the Phils fight back after terrible Tuesday in Arlington? 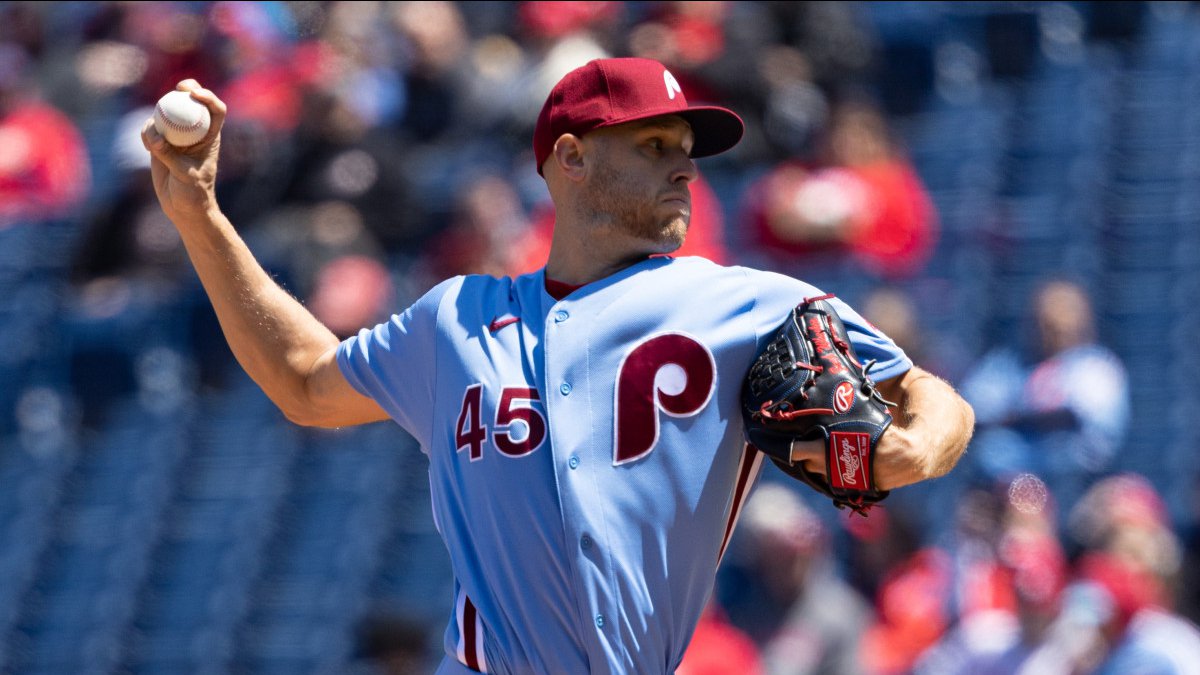 After being shut out last night, the Philadelphia Phillies will hope to turn the tables on the Texas Rangers today with Zack Wheeler on the mound.

Yesterday, Martin Perez tossed his latest gem and was backed up by a four-homer night in a 7-0 win for the Rangers.

This afternoon’s matchup is a showdown of frontline hurlers, with Wheeler going for the Phillies and Jon Gray for the Rangers. Both pitchers are pitching well entering today’s game, so we could be in for a low-scoring game at Globe Life Field.

Game odds are via FanDuel. Odds from our other top reviewed and recommended sportsbooks may also be featured in this article.

Last Thursday, Wheeler had his latest excellent effort, as he allowed only one run and four hits in seven innings in a 10-1 win over the Washington Nationals.

Since his early struggles this season, Wheeler is now 6-0 with a 1.41 ERA in his last nine starts, eight of which have been quality starts.

Against the Nationals, he tied a season-low for strikeouts with only three, but it was his best road start of the season.

Notably, it was just the third time this season that he went seven or more innings, which he did 17 times in 32 starts last season. If the Phillies are to be in the MLB playoff hunt all season long, the fresher Wheeler is at the business end of the season, the better.

Gray, meanwhile, pitched seven shutout innings last Friday against the Detroit Tigers. For the first time this season, he didn’t allow a walk, and he struck out six in the 7-0 win.

Gray allowed five runs in a loss at Cleveland earlier this month, but his other three June starts have been excellent. In his lone home start this month, he allowed one run, three hits, and two walks and struck out 12 in seven innings against the Tampa Bay Rays three weeks ago.

Somehow, this will be just the third home start this season for Gray, with nine starts coming on the road. In his two home starts, he is 1-0 with a 3.55 ERA.

While Wheeler was fantastic in his previous start against the Rangers this season (season-high 7.2 IP, six hits, no runs, one walk, seven Ks on May 4), Gray didn’t have a great time when he faced the Phillies on May 3 (3 IP, 5 H, 3 R).

But where the Phillies lost in 10 innings despite Wheeler’s excellent outing, the Rangers pulled out a 6-4 win in the game Gray started, despite his early exit.

With both pitchers coming off of great starts and pitching well this month overall, a pitcher’s duel is a strong possibility for this matchup.

Wheeler didn’t get much run support in his previous start against the Rangers, but today’s game should turn out a bit better. The Phillies are just 13-19 after a loss this season, but they are 4-2 after being shut out.