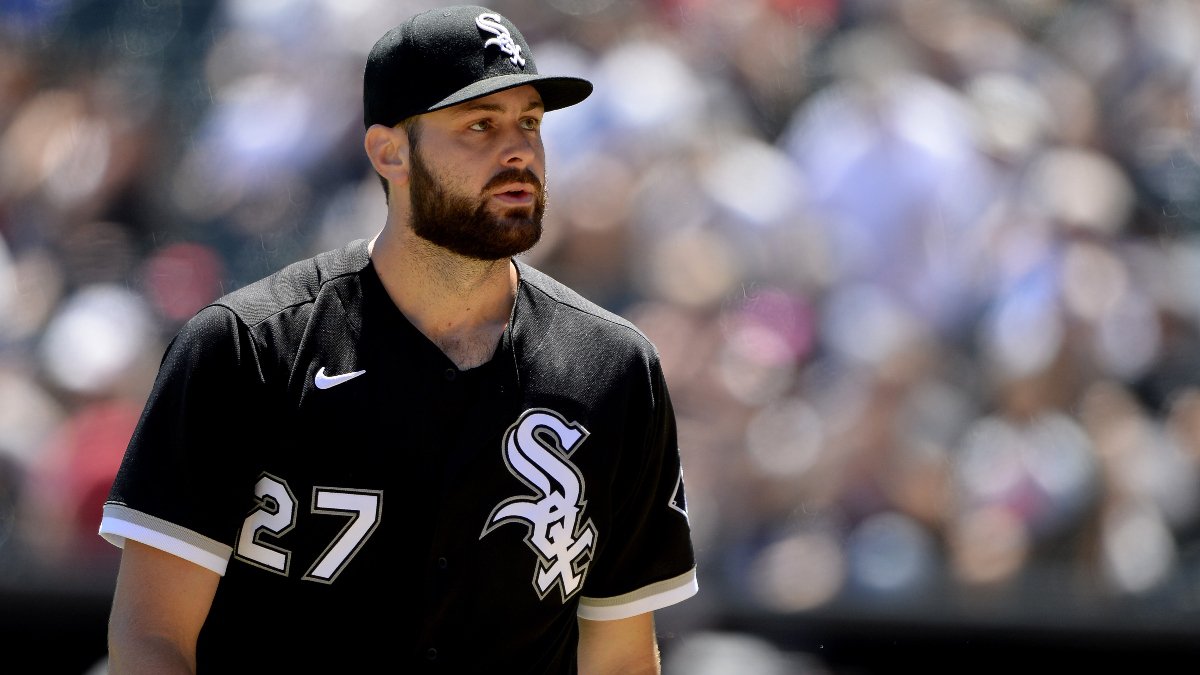 The Chicago White Sox have not spent much time over .500 this season, but if they can finish off a sweep of the visiting Toronto Blue Jays this afternoon, they will be back over .500 for the first time in almost a month.

After needing to hold on at the end for their 8-7 win on Monday night, the White Sox had to rally three times last night before Josh Harrison’s walk-off hit gave them a 7-6 win in 12 innings.

After an intense four-hour, 23-minute game, the two teams face a quick turnaround to this afternoon’s series finale. While the White Sox will be aiming for their seventh win in nine games, the Blue Jays will be trying to avoid their seventh loss in nine games

Game odds are via FanDuel. Odds from our other top reviewed and recommended online sportsbooks may also be featured in this article.

Splits Set Up Favorably for Giolito to Shake Recent Struggles

Though the White Sox have not lived up to expectations thus far this season, they are only 3.5 games behind the Cleveland Guardians and Minnesota Twins in the AL Central. So, if they can stay hot and stay healthy, they will be well-positioned to defend their AL Central crown.

One of their standout underachievers is Giolito, who was expected to be a top AL Cy Young Award contender this season but has seen his hopes take a big hit with a rough stretch in recent weeks.

His ERA would be even higher, but three of the five runs he allowed in a road win over the Tampa Bay Rays on June 5 were unearned.

During this rough four-start stretch, Giolito has given up seven homers, while he gave up only six in his first seven starts.

This stretch started with an early exit against the Blue Jays on May 31, when he struck out eight but gave up six runs, eight hits, two walks, and two homers in a 4.2 innings in Toronto.

In that start, he went to the bottom of the fifth with a 3-2 lead but gave up a two-run double, a two-run homer, and the lead, and that has started a pattern that is great for over bettors but bad for him.

He didn’t lose his lead against the Rays, but the other three times, the White Sox were either ahead or tied and went on to lose.

On Friday, the latest occurrence kickstarted a ten-run sixth inning for the Astros, who blew open what had been a 3-3 game with an inning that featured three homers.

Giolito didn’t give up any of them, but he exited with the bases loaded and none out after the first five hitters reached and two crossed the plate. Houston promptly made the most of the opportunity, with Michael Brantley’s grand slam the biggest blow.

But it’s not all doom and gloom for Giolito as he heads into this start against the Blue Jays.

Those splits should be encouraging for Giolito, and so should Toronto’s lack of success in the first two games against Lance Lynn and Dylan Cease, who are also right-handed pitchers.

Cease tossed six shutout innings, while Lynn held allowed only two runs in the first five innings before hitting the wall in the sixth.

Ultimately, under normal circumstances, the White Sox would be favored here. And plus odds when they are at home, have the edge in form, and have their ace on the hill–struggles and all–is great value.

It’s not a steal or a gift, given Giolito’s present issues, but it is great value and value that should be taken advantage of.