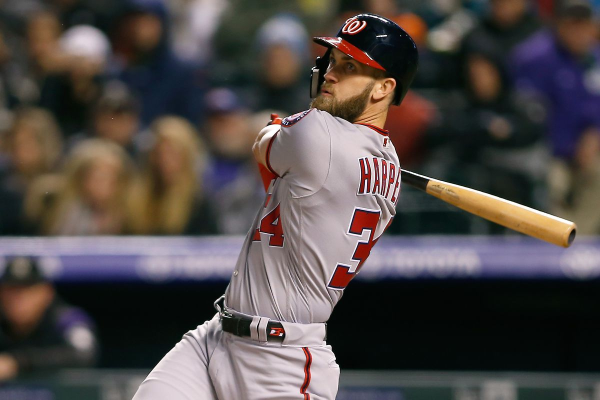 Thursday night will feature an interleague battle as the New York Yankees (9-2) travel to Citizens Bank Park to take on the Philadelphia Phillies (2-4). This is the last game of a four-game series that had to be rescheduled due to COVID-19 issues. First pitch for this one is scheduled for 6:05 pm ET.

On Wednesday, the two teams split a doubleheader. The Phillies won the first game 11-7 behind a strong outing (six innings, two earned runs) from Zack Wheeler. In the nightcap, the Yankees won 3-1 in a pitcher’s duel, which didn’t see the Yankees break away until the last inning.

The pitching matchup for Thursday features Jordan Montgomery (1-0, 1.59 ERA) taking the mound for the Yankees against the Phillies’ Zach Eflin (first appearance).

According to FanDuel, the moneyline has the Yankees as the favorite, despite playing on the road, at -154. The Phillies sit at +134. The over/under for total runs scored sits at 9.5.

On the defensive side, it is once again the Yankees that hold the upper hand. They rank 8th overall, allowing an average of 3.78 runs per game to opponents. For the Phillies, they come in 28th, allowing 5.75 runs per game.

The New York Yankees were always seen as a favorite to win the American League and possibly even the World Series. Eleven games into the short 60-game season, they have done nothing but confirm these predictions. At 9-2, the Yankees have shown the ability to out-slug and out-pitch opponents and look to continue the trend on Thursday.

Offensively, Aaron Judge and Giancarlo Stanton have shown what they are truly capable of if they stay healthy. On the season, Judge is hitting .310/.370/.857 with seven home runs, 17 runs batted in and 12 runs scored.

For Stanton, he is hitting .300/.462/.567 with two home runs, six runs batted in, and seven runs scored. If they can continue to produce and stay healthy, the Yankees should score a lot of runs this season.

Phillies Happy To Be Playing Again

Sadly, the Philadelphia Phillies are an example of how a team can do nothing wrong but still pay the price in the life of sports during a pandemic. After a long layover, the Phillies find themselves behind on the calendar as they have played just six games to this point.

Offensively, the heart of the Phillies lineup has shown some pop. Albeit in just six games, Bryce Harper, Didi Gregorius, and J.T. Realmuto each have two home runs and a combined 13 runs batted in. Those three, among others, will need to produce if they hope to have a chance in the NL East.

As the Phillies showed on Wednesday, they are no slouch as a team. While the Yankees have been arguably the best team in baseball, the Phillies are just getting warmed up after some delays.

I am not sure if I necessarily favor the Phillies to win, but I think there is good value with a moneyline at +134 in the Phillies, who if Zach Eflin can contain the Yankees’ lineup, could have a good chance to split the four-game series. For my money, I am taking Philadelphia at +134.