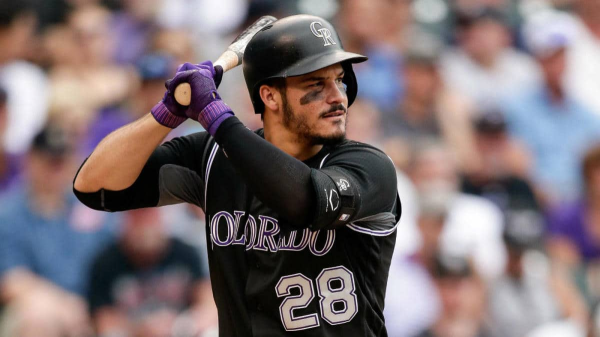 Wednesday night features a battle of NL West teams as the Colorado Rockies (59-81) take on the Los Angeles Dodgers (91-50) at Dodger Stadium. This will be the final game of a three-game set, one that saw the Dodgers win the first two. In terms of the NL West, the Dodgers have a very comfortable lead in the division as they lead second-place Arizona by 18 games. The Rockies, sadly, sit a whopping 31.5 games back entering play on Wednesday.

The moneyline for this matchup features the Colorado Rockies at +310 and the Los Angeles Dodgers at -340. The over/under for runs scored sits at 9.5.

On the offensive side, both of these two teams have been stellar this year. For the Dodgers, they currently rank fifth in the majors in runs per game, averaging 5.51 (5.59 at home). For the Rockies, they come in at eighth overall at 5.25 runs per game (however that is somewhat inflated by a 6.23 home average versus a 4.29 road average).

On the pitching side, though, it has been all Los Angeles. They currently rank atop the majors in earned run average with a staff ERA of 3.47 (2.75 at home). The Rockies, on the other hand, plummet to 29th in the majors with a 5.69 ERA (although on the road it is a little better at 4.95).

Rockies Hoping To End With Positives

This was supposed to be another season where Colorado contended for a division title and hoped to make it into the postseason. For the Rockies, it has been anything but. They have struggled to find consistency all season, and the pitching has been a major reason for it.

In Wednesday’s game, Senzatela will be getting the start for Colorado. On the season, he is 8-9 in 20 starts with a 6.95 ERA, 1.79 WHIP and opponents are hitting a whopping .316 against him. In 99 2/3 innings, he has allowed 130 hits, 77 earned runs, 14 home runs and has struck out just 56 versus 48 walks. Against a dominant Dodgers’ lineup, he will have to perform far better to give the Rockies a chance.

Arenado has also had success against Ryu in his career. In 22 at-bats, Arenado is hitting a staggering .636 with four home runs and 10 runs batted in. Blackmon, Trevor Story and Pat Valaika have also homered off of the southpaw in their careers.

In his last outing, an 11-5 loss to the Diamondbacks, Ryu struggled, going just 4 2/3 innings, allowing 10 hits, one walk and seven earned runs while striking out four. He will look to bounce back on Wednesday.

Offensively, there just isn’t enough you can say about Cody Bellinger this season. He has been absolutely electric, hitting .311/.414/.658 with 44 home runs, 103 runs batted in and 106 runs scored. Players like Anthony Rendon and Christian Yelich will challenge him for it, but he is certainly a finalist for the NL MVP at this point.

In addition to Bellinger, Justin Turner (26), Max Muncy (33), and Joc Pederson (30) have also shown a knack for the long ball. The Dodgers’ lineup is deep and can beat you in a lot of different ways.

At Los Angeles being 53-18 at home and with Ryu on the mound, it is not too often that I would advise to bet against the Dodgers. Despite that, I think this is a value bet with the Rockies at +310. Ryu has struggled of late, going 0-3 with an 11.05 ERA in his last three starts. Throw on top of that the fact that he is 0-1 with a 4.50 ERA in three starts against the Rockies this season, and Colorado might just have a chance.

I am not thrilled with their pitching as Senzatela has been absolutely brutal, but with the chance to take advantage of a generous moneyline, I think the reward is worth the risk. For my money, I am taking Colorado at +310.